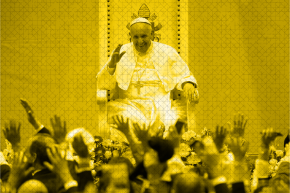 Pope Says Trump Is Not A Christian, Everyone Calls Pope A “Hypocrite”
By Brian Patrick Byrne

Pope Says Trump Is Not A Christian, Everyone Calls Pope A “Hypocrite” 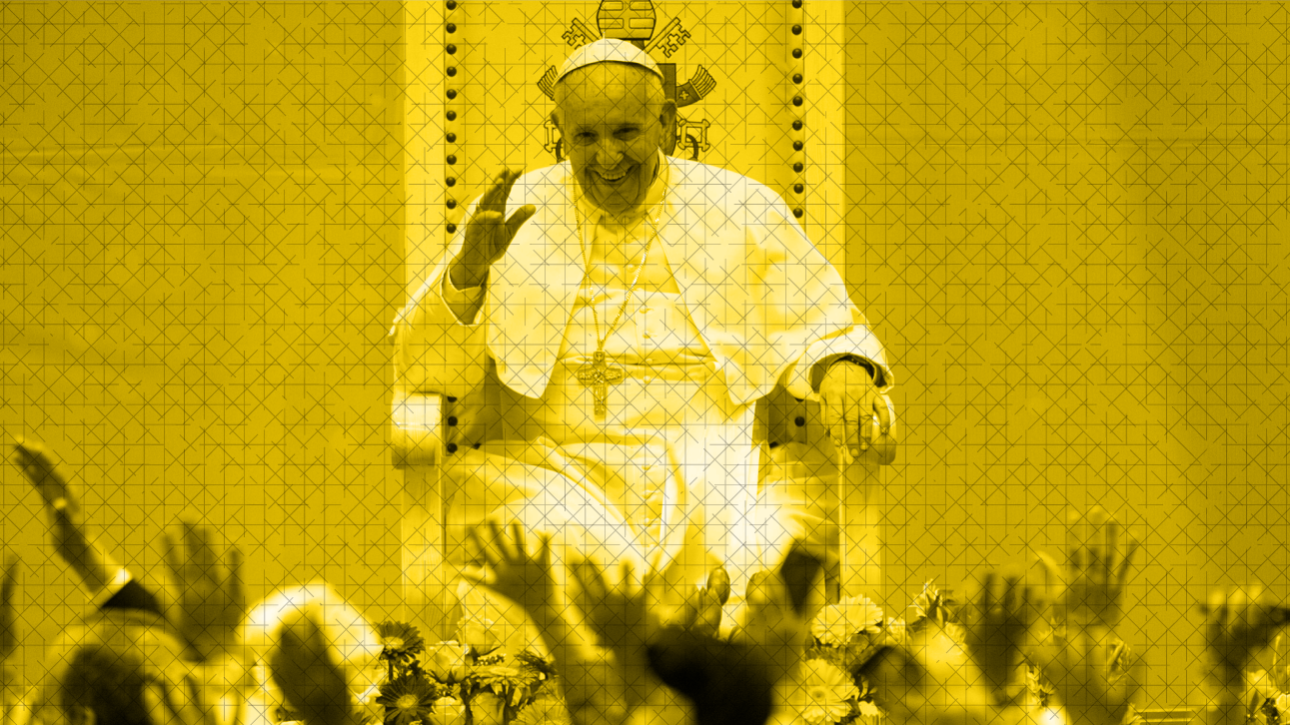 Donald Trump and his Trumpeters have a new target: The Pope. Hordes of angry Trump supporters took to Twitter Thursday after the Pope claimed Trump is “not Christian” for promising to build a wall across the Mexican border.

“A person who thinks only about building walls, wherever they may be, and not building bridges, is not Christian,” the Pope told journalists as he traveled back to Rome from his six day visit to Mexico on Thursday.

Never one to miss the opportunity for a fight, Trump lashed right back. “For a religious leader to question a person’s faith is disgraceful … No leader, especially a religious leader, should have the right to question another man’s religion or faith,” Trump said at a campaign event in South Carolina. He went on to claim Pope Francis is a pawn of the Mexican government. “They are using the Pope as a pawn and they should be ashamed of themselves,” he said.

In a glorious turn, Trump also predicted he might one day save the Pope from ISIS. “If and when the Vatican is attacked by ISIS, which as everyone knows is ISIS’s ultimate trophy, I can promise you that the Pope would have only wished and prayed that Donald Trump would have been President because this would not have happened.”

On social media, outrage flowed both ways, but perhaps not surprisingly, most of it was directed at the Pope. Vocativ’s technology uncovered 1,040 uses of the words “hypocrite” or “hypocrisy” in tweets also mentioning the Pope or his handle @Pontifex during a single 45 minute period on Twitter on Thursday afternoon. We also discovered 141 mentions of the word “pedophile.” Most were not referring to Pope Francis himself, but blaming him for not doing more to end the Catholic church’s long history of covering up child abuse inflicted by its own members.

More Cruz On Trump Cease And Desist: “I LOL’d”

Pope Francis’ denouncement of what is arguably Trump’s most infamous immigration policy largely backfired on Twitter, as many posts mentioning the word “hypocrite” in relation to Pope Francis also pointed out the existence of the wall surrounding Vatican City in Rome, where the Pope lives, including Dan Scavino, director of social media for the Trump presidential campaign.

Hey PAPA "TEAR down this #wall," you #hypocrite! The #pope is a communist! pic.twitter.com/NDJzi3FbOL

You First Pope, Tear Down Your Wall! #Hypocrite

I think the pope just unwillingly helped @realDonaldTrump. Wat a hypocrite! Not christian for wanting a border yet has border around vatican

Any Christian who votes for Trump following his insults against Pope Francis is a serious hypocrite.

Last time I checked, there was a wall around the Vatican! The Pope is a hypocrite!

The #Pope is coming off as a politically biased hypocrite

Who believes anything Pope Hypocrite (the guy who lives in a fortress within a walled city w world's most restrictive immig policy) says?