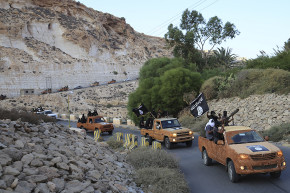 ISIS Thrives In Libya 5 Years After Revolution That Toppled Gaddafi

ISIS' most dangerous affiliate is in Libya, taking advantage of the power vacuum left after the ouster of Libya's longtime dictator 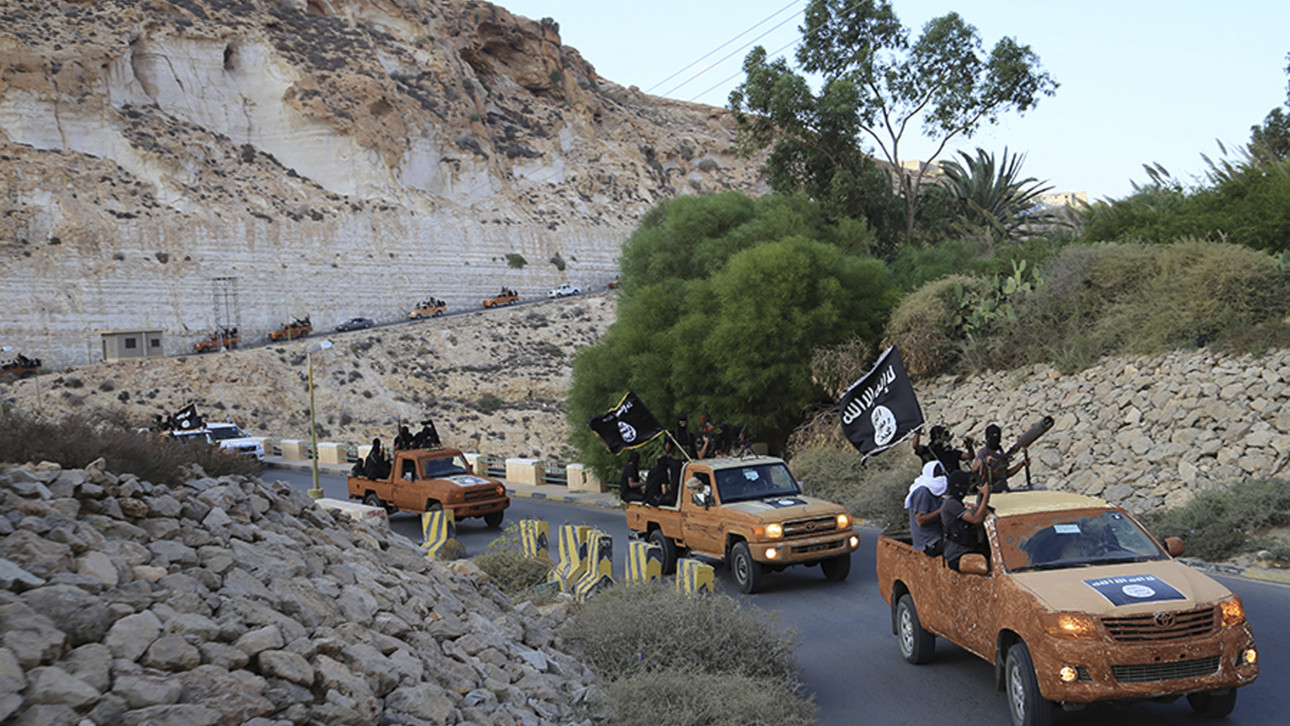 There was a time when the Libyan city of Benghazi was oozing with optimism. Daily parades swept through the city center. Libyan flags flew high. Car speakers blared revolutionary songs and locals jumped with delight at booming sounds of celebratory gunfire.

That was all in the aftermath of the start of Libya’s revolution, which officially kicked off in the city five years ago this week. Inspired by protest movements that were rolling across North Africa at the time, sweeping Tunisia then Egypt in what became known as the Arab Spring, Libya’s revolution culminated in the toppling of longtime dictator Muammar Gaddafi. Many in Benghazi, and nationwide, welcomed his death as a start of something they hoped might ultimately lead Libya to democracy.

Now, the country is in a state of violent disarray. Libya’s warring factions are struggling to agree on how to proceed. They postponed a vote on Tuesday that could finally lead to a government of national unity and launch a desperately-needed path to peace. Amid the chaos, citizens don’t have predictable access to even basic utilities, like electricity.

At the center of this is a growing terrorist threat: The Libyan branch of the Islamic State, considered the terror group’s most dangerous affiliate. It is feeding off the absence of the rule of law, arming itself with looted weapons, luring foreign fighters—and posing severe dangers to countries well beyond Libya’s borders.

The U.S. launched airstrikes targeting an ISIS camp west of Libya’s capital Tripoli Friday, killing at least 30 of its recruits, a Western official told the New York Times. The U.S. and Europe have been mulling heightened military intervention against ISIS in Libya for weeks, with options ranging from airstrikes to paramilitary missions.

“If the situation continues on the trend that it’s been going on in the last year in Libya, ISIS is going to continue to get stronger and become all the more difficult to root out,” said Christopher Chivvis, associate director of the International Security and Defense Policy Center at the RAND Corporation.

The official who spoke to the Times said Friday’s strikes had a specific target in mind and didn’t indicate the U.S. is opening a new anti-ISIS front. Experts warn that such a front should not be opened without an effective government in place in Libya.

“You need someone who can go in and not only clear those areas physically, but then hold those areas, govern those areas in a responsible, acceptable, popular way that’s going to be able to prevent the jihadis from coming back,” said Scott Stewart, vice president of Tactical Analysis at Stratfor, a global intelligence and advisory firm based in Austin, Texas.

And ISIS isn’t the only jihadist problem in Libya anyway. Al-Qaeda is well established there as well, noted Daveed Gartenstein-Ross, a senior fellow at the Foundation for Defense of Democracies. “Given the problems that Libya faces, it’s possible to take out ISIS and have the country actually get worse,” he said. “Much more than the simple question of what do we do about ISIS, it’s how do we make gains that are sustainable and real.”

ISIS’ objective is to prevent reconstruction of the Libyan state, experts say. It had an opportunity to grow in the country because of the power vacuum left after Gaddafi was overthrown, and if it can ensure that Libya remains an essentially stateless country, it can continue to thrive there. (Libya currently has two governments—one in its capital, Tripoli, and one in the east. A unity deal was signed in December, but it’s not clear that it will achieve its goal.)

Libya is the only country outside Syria and Iraq in which ISIS actively controls territory—a key factor making the terror group’s Libyan branch its most dangerous affiliate. Its power center is in the coastal city of Sirte, which it controls. The group has declared wilayats, or provinces, across Libya’s three geographical regions: Barqah in the east, Tarablus in the west, and Fezzan in the southwest, according to a report by the Soufan Group, an international security and intelligence consultancy firm.

“The group is now aggressively expanding in all directions,” the Soufan Group said.

Part of its Libyan success is rooted in its ability to feed off what Chivvis calls a vertical jihadist economy. Like other terror groups, ISIS has co-opted black markets so as to benefit financially from smuggling networks, including migrant flows and a weapons trade that has flourished across the region.

ISIS also uses smuggling routes to bring fighters in from neighboring states, according to the Soufan Group. Between 1,000 and 1,500 Tunisians are thought to have joined ISIS in Libya, according to local media reports. Altogether, the Pentagon estimates that between 5,000 and 6,500 militants are fighting for the terror group’s Libyan affiliate, which also draws recruits from elsewhere across the African continent.

The terror group’s expansion isn’t unrestricted. Its rivals, backed by local citizens, already kicked it out of the eastern city of Derna, where it first sought to declare authority before moving to Sirte. It’s also not as strong militarily as either of the two armed coalitions backing the rivaling governments, said Gartenstein-Ross.

“There are limitations to its growth, and if its enemies were to align against it, those limitations would become very apparent relatively quickly,” he said.

In the meantime, the group is continuing to grow, and to propagate its well-known pattern of brutality. It has beheaded Egyptian and Ethiopian Christians, targeted checkpoints and kidnapped medical workers. Now, it’s attacking oil facilities east of its base in Sirte, seemingly in an effort to control the country’s “oil crescent”—a key economic lifeline for Libya.

Because it has become a safe haven for militants, Libya is now a threat to neighboring countries. Two major attacks at tourist sites in Tunisia last year—one on the National Bardo Museum that killed 23 people and a second on a beach in Sousse where an attacker gunned down 38 tourists—were carried out by militants who trained at an ISIS camp in Libya. Some militants are also now leaving Libya and moving south, threatening nations including Niger and Chad, officials and intelligence sources told Reuters. Weapons have made their way from Libya into Mali, which is facing an Islamist insurgency, and into Egypt, where insurgents based in the Sinai Peninsula are waging a deadly campaign against the government. “Quite frankly, a lot of the explosives and other things we’re seeing used in campaigns in the Sinai right now are coming in from Libya,” Stratfor’s Stewart said.

There is also danger for Europe. Libya sits on the Mediterranean, and as such offers militants and terrorists access to Italy, Malta and other nations just across the water. Libya has also become a launching point for hundreds of thousands of migrants making the journey to central Europe. The continued flow of migrants has been a strain on European nations, and could pose a security threat, as ISIS fighters may pretend to be asylum seekers in order to reach Europe.

On the fifth anniversary of Libya’s revolution this week, some Libyans took to the streets of the capital Tripoli to mark the occasion. “In spite of everything, I am celebrating the anniversary with flags and songs with my kids at home tonight,” a housewife in Tripoli told the Libya Herald.

But that wasn’t the case in other parts of the country, like Benghazi. “There is no one celebrating here,” a civil society activist said.