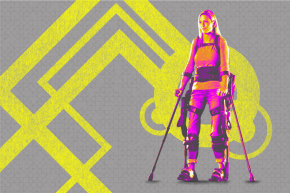 DARK NET: How Exoskeletons Are Rewriting The Rules Of Paralysis
By Joshua A. Krisch

DARK NET: How Exoskeletons Are Rewriting The Rules Of Paralysis 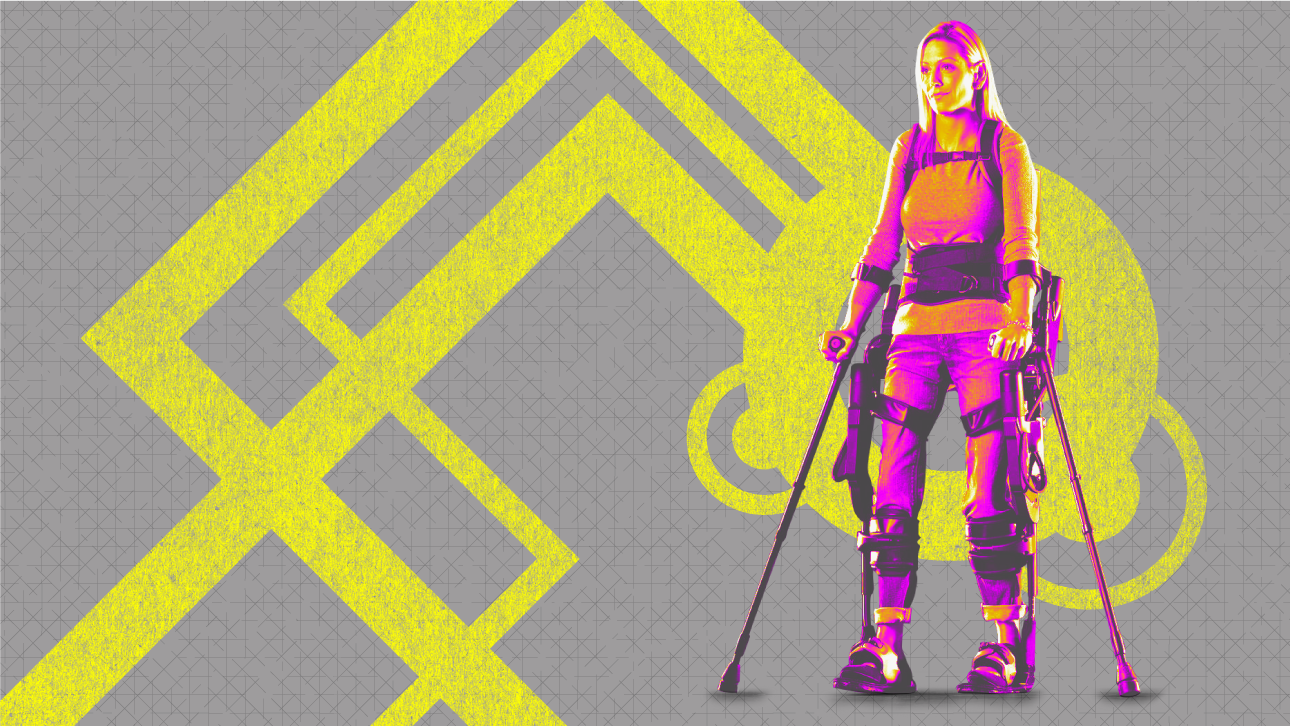 Mark Pollock, who is completely paralyzed from the waist down, is finally learning how to walk again. Under the watchful eyes of roboticists and physical therapists, Pollock walked a couple thousand tentative steps in early September with the help of a robotic suit produced by Ekso Bionics. And then, miraculously, the robot’s onboard computer reported that Pollock began to propel himself forward. With that, Pollock became the first person with complete paralysis to actively work with a robotic device to walk.

Exoskeletons like Ekso could alter the future for those trapped by paralysis, allowing them to push the boundaries of what their physical bodies allow. These themes are explored in the fifth episode of DARK NET. The ground-breaking, new eight-part docuseries—developed and produced by Vocativ—airs Thursdays at 11 p.m. ET/PT on SHOWTIME.

“I understand what I’m going for,” Pollock told Vocativ in September, shortly after news broke of his accomplishment. “I am pushing hard to try to fast-track a cure for paralysis. And I know if I don’t get there in my lifetime, at least I’ll have helped contribute to the bank of knowledge that’s out there.”

Pollock and Ekso Bionics may be the most famous team using machines to conquer paralysis, but they’re certainly not the only ones:

ReWalk, produced by Argo Medical Technologies, is another promising bionic suit. ReWalk became the first exoskeleton to gain FDA approval back in 2014, rendering it commercially available for any paralyzed person to purchase and use outside of a clinical setting. The suits cost about $70,000, and function as a sort of robotic leg brace that uses a cadre of motion sensors and motorized joints to detect and adjust to subtle changes in upper body movement.

Radi Kaiof, an Israeli soldier who lost his legs while serving in the military, told the Daily Mail that he learned to use the device after only a handful of two-hour sessions. Kaiof begins by selecting a setting—standing, sitting, walking—and then activating the bionic suit by leaning forward, sort of like activating a Segway. The suit then continues to make tiny adjustments to help Kaiof keep his balance. “For me it is amazing—the freedom,” Kaiof said. “To be told I can walk, after I thought I could never walk again, is brilliant.”

HAL, the robotic exoskeleton produced by the company Cyberdyne, takes the entire process one step further, actually tapping into the patient’s nervous system. “This exoskeleton robot suit differs from other exoskeleton systems in its unique and successful neuronal control directly by the patient,” Dr. Thomas Schildhauer, medical director at the Bergmannsheil University Hospital in Germany, told Live Science. “The patient is in direct control of the robot and is not passively moved by the robotic exoskeletal system.”

HAL accomplishes this through sensors attached to a patient’s skin, which can pick up the weak signals that the brain is sending to the unresponsive, paralyzed limbs. These signals are interpreted by the suit, which then sends its own powerful signals to the motors and instructs them to move. Unlike ReWalk, the HAL system is effectively an interface between the remnant of a patient’s nervous system and a computer—or the first cyborg exoskeleton. Although it still isn’t easy for a private citizen to obtain a HAL suit, the Japanese government is already renting a modified version of these exoskeletons to help with disaster relief, at a cost of about $1,100 per suit, per month.

And then there’s Pollock and his Ekso suit. Unlike ReWalk (a robot that effectively propels you forward and makes sure you don’t fall) and HAL (the same thing, but with some input from the nervous system), Ekso comes with tools that can actually stimulate the nervous system with electrical impulses so the user gradually learns to walk again.

Here’s how it works. Beyond the exoskeleton itself, Ekso makes use of a computer system that can track a user’s movement (so it knew how much effort Pollock was putting in) while also employing spinal stimulation—a non-surgical technique that sends jolts of electricity to create tension in Pollock’s typically slack legs. “It’s very unusual,” Pollock told Vocativ, when asked to describe the sensation. “But unusual is good. Because feeling something is always better than zero feeling and zero movement.”

Once Pollock was strapped into the Ekso Bionic Suit, the machine began to propel him down a hospital’s hallway by creating a walking motion. But then the feedback system kicked in—as Pollock began mustering his own strength (with the help of spinal stimulation) the bionic suit lessened its grip in realtime. Meanwhile, the robot continued collecting data on how much of the movement was coming from Pollock. By the end of the trial, the computer reported that Pollock had flexed his left knee and raised his left leg, and that he was actively assisting the robot during many of his careful steps down the hallway.

It’s a crowded market, but that’s a good thing. As each of these devices make their way through FDA approvals and clinical trials, we’re likely to find that each becomes necessary in unique situations. ReWalk is ideal for people who have lost more control over their limbs; HAL is far superior on uneven terrain. Meanwhile, Ekso has the unique ability to teach paralyzed patients to move the robot under their own power—a baby step toward an actual cure for paralysis.