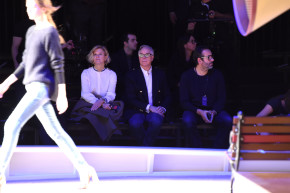 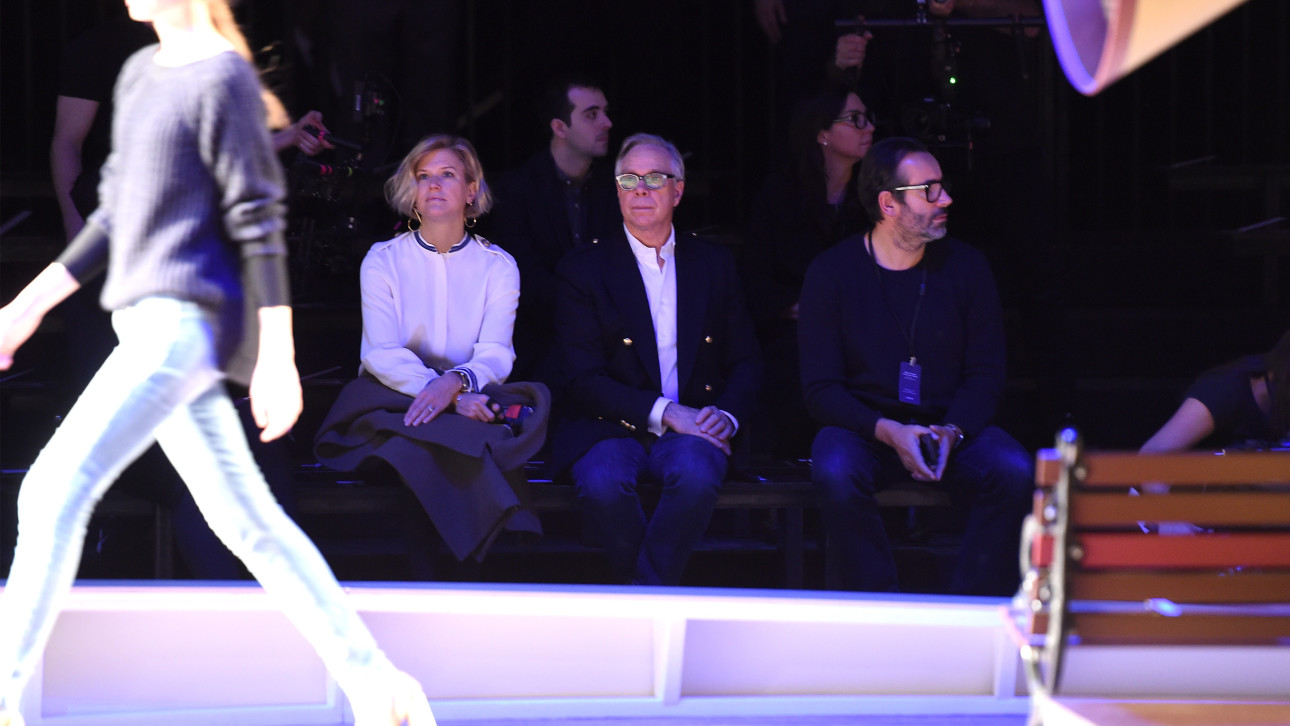 Tommy Hilfiger watched his show from the front row, not the Instapit. — Nicholas Hunt
By Cassie Murdoch
Feb 16, 2016 at 2:23 PM ET

At first glance, an Instapit doesn’t seem like someplace you’d be dying to find yourself, but it’s a far cooler spot than it sounds. It was the special section that Tommy Hilfiger reserved at his Fall 2016 exclusively for Instagram stars, and it was guarded ferociously by several PR people who only let in those influencers with enough followers. Some had more than 100k followers and others over a million. For something with such a grimy sounding name, it turned out to be a much more enviable spot to sit than the formerly hottest seats in the front row.

The was a first for a New York Fashion Week show, and the idea was that the Instapit would encourage the “content creators” who were invited to sit there to post as much as possible, giving maximum exposure to the new collection. Though that may not have worked 100 percent as expected. For instance, the only shot that @carodaur, a fashion blogger with more than 455,000 Instagram followers, posted from the Instapit was one of herself in the pit—not of any of Hilfiger’s clothes.

Thank you for having us @tommyhilfiger 🙈💋 The show was great! #tommyfall16 #NYFW // photo by @sweatengine

Still, the effort to generate buzz around the show seems to have worked. A Vocativ analysis found that Hilfiger’s nautically-themed show had the most social media mentions of any NYFW event yesterday.

The Instapit is just the latest example of how social media is fast reshaping the Fashion Week landscape.

The immediacy it provides has driven a number of designers to begin showing collections that go on sale immediately—instead of the traditional system of debuting clothes now that don’t go on sale until Fall. And now priority seating areas for social media stars could reshape the system of giving front row seats to the most A-list attendees.