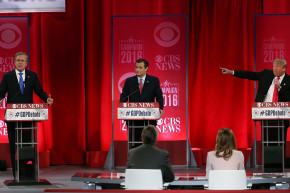 The Republican Debate That Went Off The Rails
By Alex Koppelman

The Republican Debate That Went Off The Rails

Saturday night's Republican debate featured a number of insults traded back and forth between the candidates, and an audience that got involved in the drama 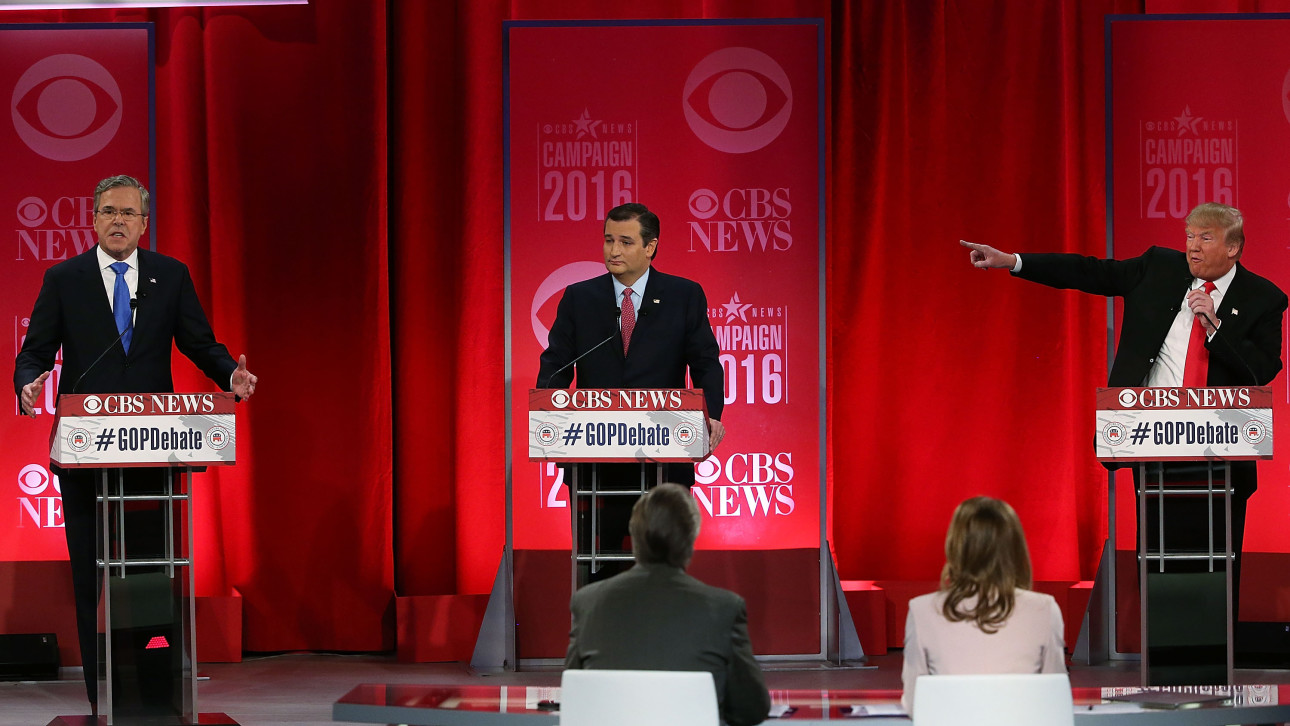 Ohio Governor John Kasich summed up Saturday night’s Republican debate in just two sentences: “I gotta tell you, this is just crazy,” he said. “This is just nuts.”

The debate started with a question about what is suddenly one of the most consequential issues in politics: the death of Supreme Court Justice Antonin Scalia and who will replace him. It ended with Ben Carson deploying a quote from Stalin that he never actually said—and by that point, after two hours of one of the weirdest, most raucous presidential debates in recent memory, a fake Stalin quote actually seemed like a fitting way to close out the night.

On the question of Scalia and his replacement, there was not much daylight between the candidates. They were all skeptical that President Obama’s nominee to fill the seat would be acceptable to conservatives, and they all wanted the Republican Senate to refuse to confirm one who wasn’t.

When it came to other issues, though, the candidates were not often in agreement—and they weren’t shy, or particularly nice, about their disagreements. How bad was it? At one point, moms came up.

“He has had the gall to go after my mother. … My mom is the strongest woman I know,” Jeb Bush said, referring to Donald Trump.

Trump was ready for him. “She should be running,” he quipped.

Unsurprisingly, most of the night’s drama centered around Trump. Not only did Bush go after him harder than he has in any previous debate—and Trump answered back plenty—but Trump and Ted Cruz really went at it, too.

Cruz got his own shots in. One of this best was relatively substantive: during a discussion about abortion and Planned Parenthood, he summed up the case against Trump succinctly, “If Donald Trump is president, he will appoint liberals.” Later on, as that exchange turned nastier, it was a stylistic point: “Donald, adults learn not to interrupt people.”

In part because of the overall combative tone, this was the debate at which Trump’s past as a relative liberal, and his lack of immersion in the conservative movement, was most obvious. Going after Jeb Bush and his brother, former President George W. Bush, on Middle East policy, Iraq and 9/11 Trump sounded more like a 2004 Democrat than a 2016 Republican. And he may have gotten himself in trouble with some social conservatives when he defended Planned Parenthood for the things it does for women’s health besides abortions.

Many pundits will likely say this debate hurt Trump—that it made him look even less presidential than he already had—and gave a boost to his rivals, who were able to land some body blows on him. But lively exchanges may not be enough to make the difference right now. Before the debate, Trump had an almost 20 percentage point lead in the polls in South Carolina, where Republicans hold a primary next Saturday.