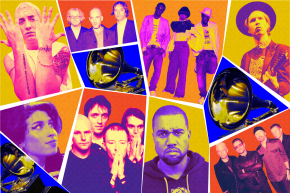 Kendrick Lamar And The Sad History Of Grammy Snubs 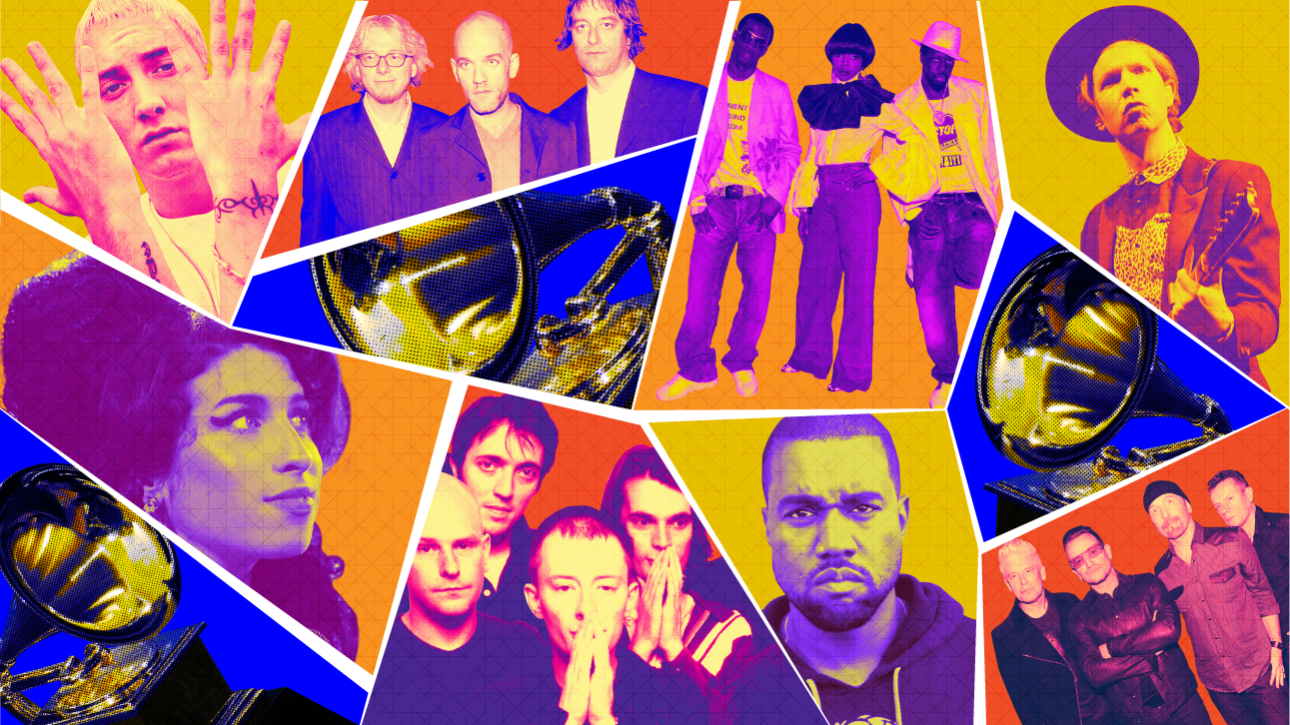 If history is any indicator, Kendrick Lamar is screwed. — (Photo Illustration: Diana Quach/Vocativ)
By Adrian Covert
Feb 16, 2016 at 8:00 AM ET

Kendrick Lamar’s To Pimp A Butterfly should have been a shoo-in for Album of the Year at the 2016 Grammys. (It was objectively the best album of 2015 and you’re not allowed to argue this.) But unfortunately, this is the National Academy of Recording Arts and Sciences we’re dealing with, and more often than not, it gets things wrong. Very, VERY, wrong. That means Taylor Swift walked away with the show’s top honor. And in case you forgot, Taylor Swift did not release the album of the year in 2015. Kendrick Lamar did.

It’s no secret that the actual best albums of any given year often fail to make it onto the Grammy radar, but occasionally, someone with sense makes the right call. And every once in awhile, the Grammys do the right thing, like giving Arcade Fire the crown in 2011 for The Suburbs.

More frequently, the nominees have been uniformly trash, and picking a winner wasn’t entirely dissimilar from a mercy killing. (Tony Bennett Unplugged, anyone?) But very regularly, the most infuriating moments the Grammys have come when it manages to nominate one, two, or even three genuinely great albums that would go on to be discussed for years to come, only to hand the award to an album which pales in comparison. It’s almost enough to make you think voting committee is solely comprised of old white men who treat Ken Burns’ Jazz as their musical bible, and who assume “King Kunta” is a song from the original soundtrack to Roots. (“King Kunta” is actually a song from Kendrick Lamar’s To Pimp A Butterfly, which was the best album of 2015.)

Even if you limit this discussion to winners since 1990, the number of these Grammy snub atrocities is enough to make someone cry. I hope you’re ready to cry, because I’m willing to bet Kendrick already did.

1994: R.E.M.’s Automatic For The People–the band’s best album in nearly a decade, and which finished third in the Village Voice’s annual Pazz and Jop poll–loses to The Bodyguard Soundtrack because Whitney Houston came through with one epic song.

1997: In a very excellent music year where The Fugees’ The Score, Beck’s Odelay, and The Smashing Pumpkins’ Mellon Collie and the Infinite Sadness were all nominated (good job, Grammys!), the Grammys goes and gives the award to… Celine Dion’s Falling Into You, an album that someone with a photographic memory couldn’t name three songs which appeared on it. (Very bad job, Grammys!)

1998: Radiohead is nominated for OK Computer, perhaps its most revered album of its A+ discography, and one that has since popped up on a litany of “Best Of” lists. The Grammys decide to give the top honor to Bob Dylan’s Time Out Of Mind, a very good album in its own right, but one that is not OK Computer. To be fair, OK Computer’s legacy is one that largely grew in the years following its release, but if the Grammys could go back and retroactively change any year’s results, it might be this one.

2001: In the year leading up to the 2001 Grammys, Radiohead follows up OK Computer with the just-as-good Kid A, while Eminem drops the controversial-but-brilliant Marshall Mathers LP. But because Radiohead used some devil machines known as “synthesizers,” and Eminem said a few too many scary things, Steely Dan ends up winning album of the year for Two Against Nature, whose greatest legacy was reminding the world that Jazz Rock still existed.

2002: Why recognize an inventive, futuristic, brilliant album like Outkast’s Stankonia, when you can instead give the award to the O Brother, Where Art Thou Soundtrack, a glorified rehash of Bluegrass tracks from the paleolithic era? (Answer: The fifth Grammy commandment says that thou shalt honor anything produced by T Bone Burnett.)

2005: Kanye West’s The College Dropout makes the list, which set the tone for the next five years of hip-hop, but instead Ray Charles wins for the Starbucks-favorite Genius Loves Company. Surely, this wasn’t a decision motived by the fact that Charles had died in the year prior and subsequently had a blockbuster biopic made about his life. No, not at all.

2008: You’d think if any album had a shot at the Grammys, it would be Amy Winehouse’s Back To Black, an end-to-end great album which managed to draw inspiration from ’60s soul while still sounding fresh and original. But nah, when it comes to the Grammys and nostalgia, it could never compare to Herbie Hancock covering an album’s worth of Joni Mitchell songs.

2013: I could try and say something about Mumford and Sons’ very mediocre album Babel winning out over Frank Ocean’s universally-adored Channel Orange, but I’m physically and mentally incapable. I give up.