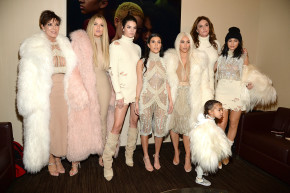 The Kardashians Were The Most Interesting Thing At The Yeezy Show 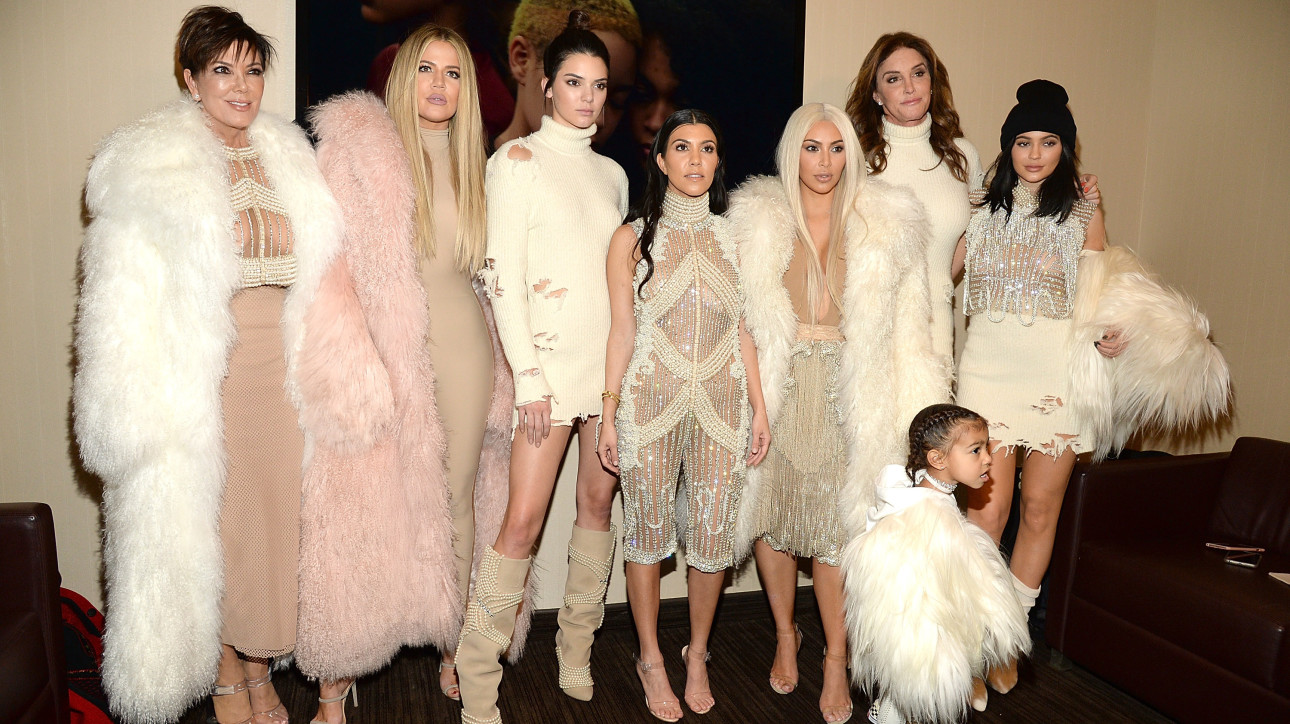 Maybe we shouldn’t be surprised that this morning, after finally revealing both the much-anticipated Yeezy Season 3 and his new album   The Life of Pablo, Kanye West is not content to sit back and bask in the glow of the somewhat mixed reactions. No, Kanye would never do something like that.

His show at Madison Square Garden was hyped to be the event of Fashion Week. I scored a last minute ticket to the allegedly sold out event and was very curious to see what Kanye had in store. I figured everyone else would be too, but as I strolled into the gigantic venue about half an hour before the show was set to start, the crowd had all the bustling energy of a line of people at the DMV. Probably because most of the people were waiting in massive lines for the merch booths, where, among other things, you could buy airbrushed T-shirts of Kanye’s mom and Robert Kardashian—though most people I saw went for The Life of Pablo sweatshirts.

But I was there yesterday. I was one of the gods, or maybe I just one of the moms. Anyway, all I can say is that it was nothing like The Warriors. It wasn’t particularly good. It wasn’t horrible either. It was something worse: It was boring.

As I arrived, I made my way through the quiet packs of Kanye fans (there were sadly no Who’s Who of the fashion industry mixing with the masses), and found my seat faaaaar up in the nosebleeds. I was heartened to see there was a huge tent covering some obviously large and moving mass on the floor. Were there people under there? Or was it a pack of wild boars that he was going to release into the stands as some kind of massive prank? Who knew? But I was excited to find out! So I waited, and waited, and waited. And, finally, after what felt like an eternity of staring at the half-empty arena, the lights went down, and I readied for myself for the mind-blowing spectacle to unfold.

And then it did: the Kardashians made their entrance. They walked in formation, bathed in a spotlight, and all dressed in white—Kim in a platinum blond with a giant feathered coat and little Nori too. I am no big fan of the Klan Kardashian, yet even I had to admit they were a vision. It felt like we were all lucky to be witnessing this uniquely American fame bomb being detonated right in front of us. I didn’t want to look away, and even long after they’d taken their seats and started half-heartedly dancing to Kanye’s tracks, my eyes kept wandering back of them.

Turns out I was not alone. Vocativ analyzed all the social media chatter that was coming from Madison Square Garden, and Kim’s official accounts were mentioned more often than any one else’s, even Kanye.

Thank you Kanye and @kimkardashian for an amazing time. #season3 #madisonsquaregarden #yeezyseason #yeezus

In person, the Kardashian entrance was so dramatic that you almost didn’t notice as Kanye strolled in behind. It didn’t help that he was flanked by his giant brother-in-law, Lamar Odom, whose loping entrance was jaw-dropping in its own right—kind of like watching someone you thought was dead stand up and go, “Hey guys!”

This was a distraction of Kanye’s own making, of course. He dressed them all himself in a collaboration with Balmain’s Olivier Rousteing and even took the time to ensure that Caitlyn and Kylie Jenner showed up in matching rollback sweater dresses. It makes you wish he would have applied the same careful forethought to his own role in the proceedings. Because as he sauntered over to the point on the floor from which he would MC the rest of the show, things got decidedly more casual. The lights came back up, he started his album, and the tent was removed with some fanfare to reveal a horde of people in strikingly monochromatic clothes. Above them were the models wearing the actual collection standing atop what looked like shipping containers. There was a bit of a rush when you could finally see the clothes and hear the music, and from there it was a ride down a sloppy slippery slide to nowhere.

What was especially striking inside MSG but wasn’t as evident on the livestream (which had its own painful flaws) was just how fast people got bored. The energy that Kanye and his entourage were trying desperately to generate from their small spot on the floor dissipated quickly—getting lost among all the empty seats and fading up into the rafters of the giant venue. There wasn’t much to watch, other than the Kardashians, and when your eyes started to wander, you began to notice how everything looked kind of… crappy? The pen of people who’d been so artfully clothed and arranged only took up part of the massive floor. The rest of the space was littered with all the detritus of a production—cameras, cables, ladders, people with clipboards.

That messiness was part of a larger issue, which was that what should have been a tightly controlled, highly produced spectacle came off more like a hastily arranged house party in the world’s largest house. It was simultaneously too much and too little. Everything felt like an afterthought, from his lengthy ramblings about how hard it was to make all this art to the truly bizarre unveiling of the video game he made of his late mother ascending through the pearly gates. None of it seemed especially coherent or thought-provoking, and it’s difficult to feel too bad for the artistic struggles of a man who only days early had used his very public platform to proclaim this:

The worst part of it all was that even though it was clear a lot of work had been done by a lot of talented people, the whole thing felt a bit lazy. There was zero showmanship from Kanye. No theater, no performance. What is fashion if not a show? If you’re going to use the very cavernous Madison Square Garden, you’ve got to fill it up. With people, with lighting, movement, and maybe even some pyrotechnics.

There was none of that. Just a bunch of stoic models looking slightly pained and standing very still for a very long time. Finally it appeared to be over—though it ended with more of a whimper than a bang. Kanye simply said goodbye and wandered off backstage, leaving his posse behind to play random tracks. The security guards started hurrying the audience out while music was still playing and people were still milling around on the floor—the models filing off randomly in all directions and some of the extras (whom it seems Kanye may not have even paid), clearly relieved to move again, staging an impromptu dance party.

Lmao I was on the megatron at Madison for yeezy 3. shit was trash. Kanye finnessed 1200 young black adults into working as extras for free to a sold out white crowd that was screaming "all day nigga". We didn't find out we weren't getting paid til 6am. He sent us to jersey and put us in Salvation Army clothes (not yeezy, my pants were carhartt and my shirt was American apparel). I jugged some sambas from wardrobe though.

The shame of it is that the clothes in their own right were great. If those many models and extras had been left to stand on their own in an intimate white-box studio it no doubt would have been taken seriously as the art it was. Same thing with the album. On it’s own, it’s well worth listening to. But that’s the problem. Kanye can’t leave anything alone. His real struggle seems to be getting out of his own way, and this time he failed. He bit off more than could chew, both in terms of the size of the venue and the sheer amount of things he was laying on us at once—albums, video games, clothes, rants.

Kanye is no stranger to giving compelling, high concept performances, but this time it fell flat. And that left ample room for the attention-getting machine that is Kim & Kompany to steal the show. And that they did. After all, they had lights, they had cameras, they had outfits, and they sure as hell had people’s attention.