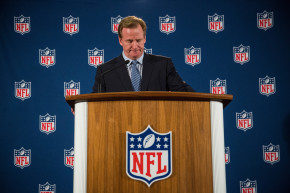 The NFL’s New Domestic Violence Policy Is A Joke 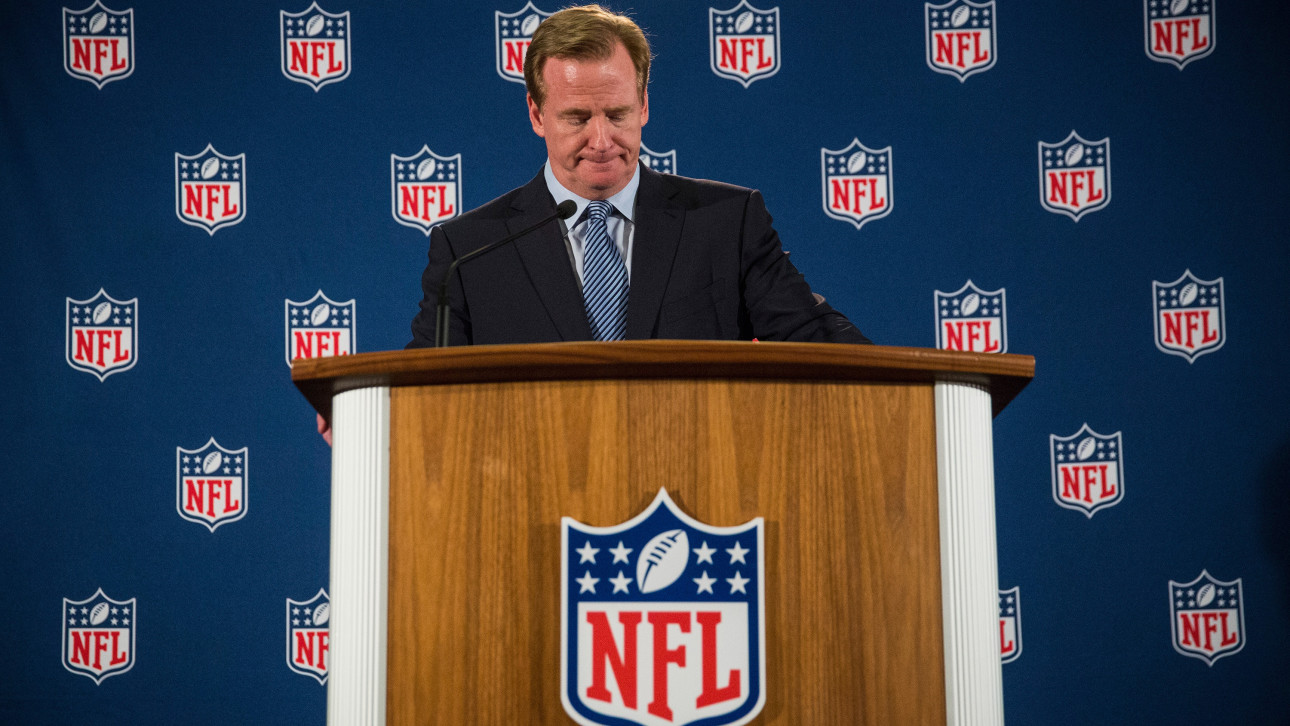 This week, the NFL introduced a policy as part of new measures they are taking to combat gender-based violence. The policy focuses on the NFL Scouting Combine and Draft, which will now ban players with criminal convictions for domestic violence, sexual assault, or weapons charges from attending. If players refuse to submit to a background check, they will also have their invitations to both events revoked.

As the league is under heavy public scrutiny to confront the behavioral issues embodied by players such as Greg Hardy and Johnny Manziel—both of whom have been investigated for domestic violence, along with others—the league’s new policies are being hailed as a proactive stance against violent crime.

Absent from the platitudes has been a critical examination of the policies themselves.

The violence issues that plague the sport of football do not begin at the elite levels of competition. Preferential treatment and protections are given to athletes years before reaching professional status. There are countless reports every year of high school and college players being accused of violent behavioral misconduct followed by institutional cover up and mistreatment of victims.

In high-profile juvenile rape convictions, players are welcomed to continue playing in college and brought right back out onto the field. The example of the Steubenville High School football players is particularly instructive as it was a case that received national coverage, yet the convicted players have been allowed back onto the field of play.

College players who have been implicated in sexual assaults have also enjoyed being convicted of alternate, lesser charges. In the original prosecution of the Vanderbilt football players accused of gang rape, Chris Boyd pleaded guilty to helping cover up the assault and went on to play in the NFL. Under the league’s new policy, Boyd’s conviction would not have kept him from attending the Scouting Combine or Draft.

It’s also important to note that the contemporary movement against campus violence has more recently moved to focus on Title IX complaints and dealing with these infractions on a civil rights basis handled internally by schools. There have been many other civil actions against institutions for failing and otherwise violating victims—most recently at the University of Tennessee, which stands accused of enabling violence against women and creating an internal adjudication system designed to favor the accused.

Both Title IX filings and lawsuits are measures celebrated as more victim-friendly approaches outside of the criminal legal system. However, these adjudications would not show up on criminal background checks, which happen to be the criteria for being banned from the NFL’s Draft events.

Then there’s the open question of whether the NFL actually cares about these issues or is merely executing a PR ploy designed to mollify the public.

Case in point: in 2014 the NFL partnered with the organization No More as part of their efforts to address domestic violence. However, the organization has been rightfully criticized again and again as little more than an exercise in conscientious branding.

Following the lead of No More’s carceral message, the introductory strategy aimed at making the league appear to be “tough on crime” with banishment from the Combine and Draft is just more branding that masquerades as actual accountability. Despite being barred from the National Combine and Draft, players are still allowed to attend private workouts, pro days, and regional combines.

This policy also doesn’t impact a player’s eligibility from playing in the league. Players still have the opportunity to sign with teams as undrafted free agents, which could even result in getting a more lucrative contract than later-round draft picks. And nothing in the policy can affect bonuses or endorsement deals.

What the league is doing is promoting a false sense of safety. The national rate of prosecution of gendered and interpersonal violence crimes is low, and conviction rates are miniscule. As the NFL parrots this “tough on crime” narrative, it reveals just how badly out of touch it is with the reality of victims of these crimes.

When the majority of abusers are never found guilty, criminal records are not indicative of who is a perpetrator and who isn’t. And even when a player has prior convictions, there are clearly many ways around the policy’s restrictions.

Yet again, the NFL has tapped into the distinctly American obsession with being “tough on crime” to avoid doing anything substantive. By now it’s more than obvious that the league cares more about its image than the women victimized by the league’s players. As long as that remains the case—as long as the league and the public dance around the reality of these issues in the name of mollifying one another—there will be more violence against women on the horizon.

There will be more Steubenvilles. More Johnny Manziels. More Rae Carruths. And the blame will be shared by the NFL and everyone falling for the league’s carefully managed branding stunts.