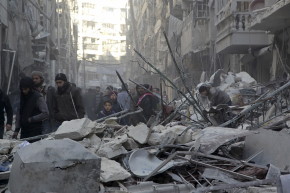 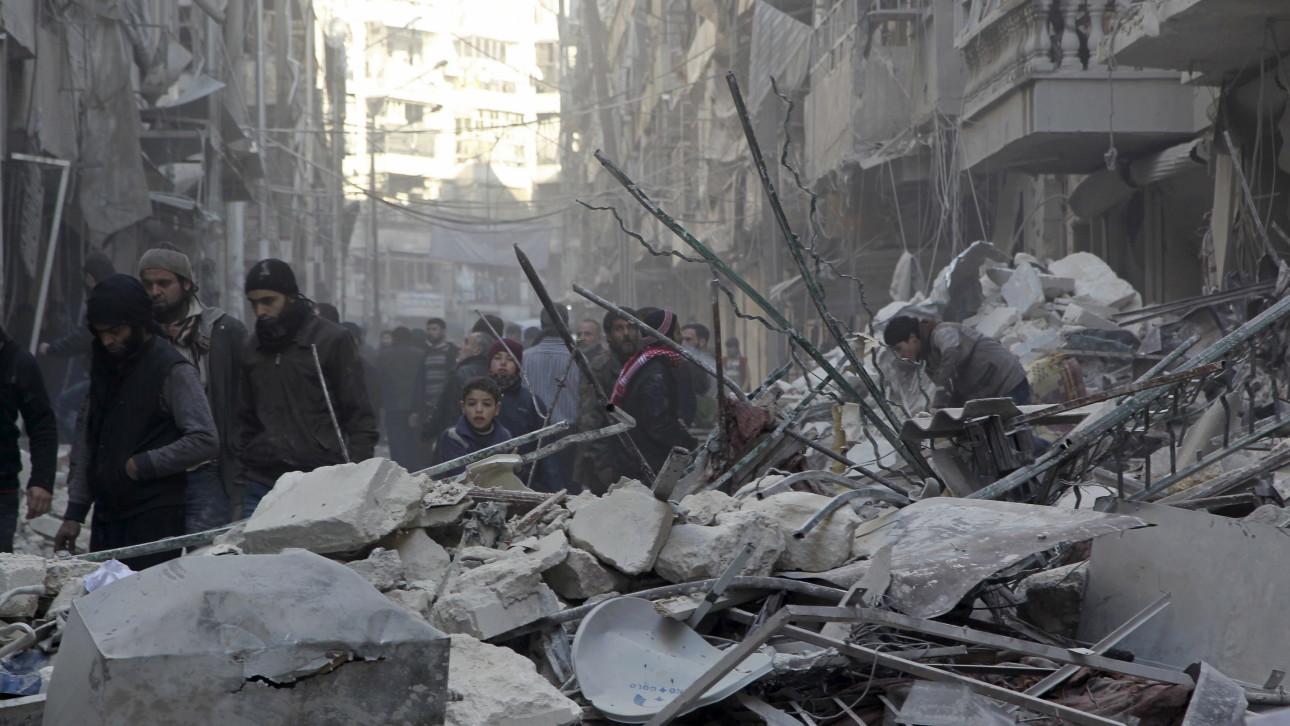 Faced with a looming siege in Aleppo province, activists and opposition fighters inside Syria’s largest city are rejecting calls for humanitarian assistance. “We don’t want food or drinks,” said Abu Teen al-Halabi, a photographer and activist opposed to President Bashar al-Assad’s regime, which has made substantial gains in recent weeks with the help of Russia and Iran. “We need anti-aircraft missiles, nothing more.”

More than 500 have been killed since the Russian-backed air offensive began striking Aleppo earlier this month, according to reports. Tens of thousands have fled their homes. Yet in multiple interviews with Vocativ by phone and over social media, Syrian rebels pleaded for arms over aid, insisting that advanced weapons capable of taking down Russian fighter planes would be the only way to survive the battle ahead.

They shouldn’t count on either from the U.S. or other members of the international community.

For months, the Obama administration and its allies have refused to supply rebel groups with heavy firepower. Even as a humanitarian crisis consumes Aleppo and rebel factions struggle to hold on to the eastern part of the city, the U.S. won’t budge. Asked whether there were any plans to assist U.S.-backed forces in Aleppo, Col. Patrick Ryder, a spokesman for U.S. Central Command, told Reuters: “Our fight right now is against [ISIS] in Iraq and Syria. We are continuing to stay focused on that operation.”

Without decisive U.S. action, Sunni nations supporting the opposition aren’t likely step in to help either. Though Saudi Arabia and the United Arab Emirates recently offered to send ground forces into Syria, they will only do so if the U.S. leads the fight, something the Pentagon is not prepared to do at this time. The Gulf nations also claim that their troops would only focus on battling ISIS.

The lack of urgency has elicited growing resentment among Aleppo’s rebel factions, many of whom believe that Washington and the rest of the world has abandoned their cause.

“The international community should take action and stop the massacres and the systematic barbaric bombing,” said Nael Kanko, a rebel fighter operating just north of Aleppo’s city limits. “Instead, there’s been total silence.”

Regardless, many Assad opponents in Aleppo are hunkering down and preparing for the long haul. Fighters inside the city told Vocativ that they and their families will have sufficient food and other supplies to withstand a protracted skirmish. Halabi said several rebel groups planned to join together under the same banner with the hope of recapturing some areas in the city lost to government forces.

Bader Taleb, a 24-year-old rebel in Aleppo’s Saif e-Dawlea district, laughed when asked if he had any plans to leave.  “If something is important to you then you don’t leave,” he said. “We want to topple Assad and I believe we can.”

More Syrians Accuse The U.S. Of Turning Against The Opposition

By staying he and others run the risk of being killed or starved. At least 500 people in Aleppo province have died since Russia began its bombing campaign, the Syrian Observatory For Human Rights, a monitoring group, reported Wednesday. The UN warned this week that up to 300,000 people living in the city could soon be cut off from humanitarian aid.

“Yes, the situation is unbearable,” Kanko said. “It’s a disaster in the fullest sense of the word.”

At times, there are also moments of surreal calm and normalcy. On a recent evening, Halabi said he stepped outside his home in Aleppo’s Hanano neighborhood—which has sustained heavy air attacks—only to find men and women outside eating late dinners. Children were even playing in the streets.

The scene surprised Halabi. “There is a siege coming to the city, but the people of Aleppo are strong and firm and still have the hope,” he said.

Taleb offered his own assessment of the mood permeating his city. “The people here always say that we live today until tomorrow,” he said. “Tomorrow we will think about tomorrow.”