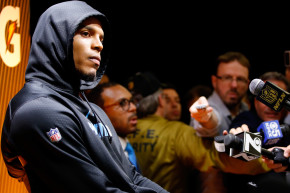 Cam Newton And The Media’s War On Humanity

In walking out on the media, Cam Newton has exposed one of the media's greatest flaws 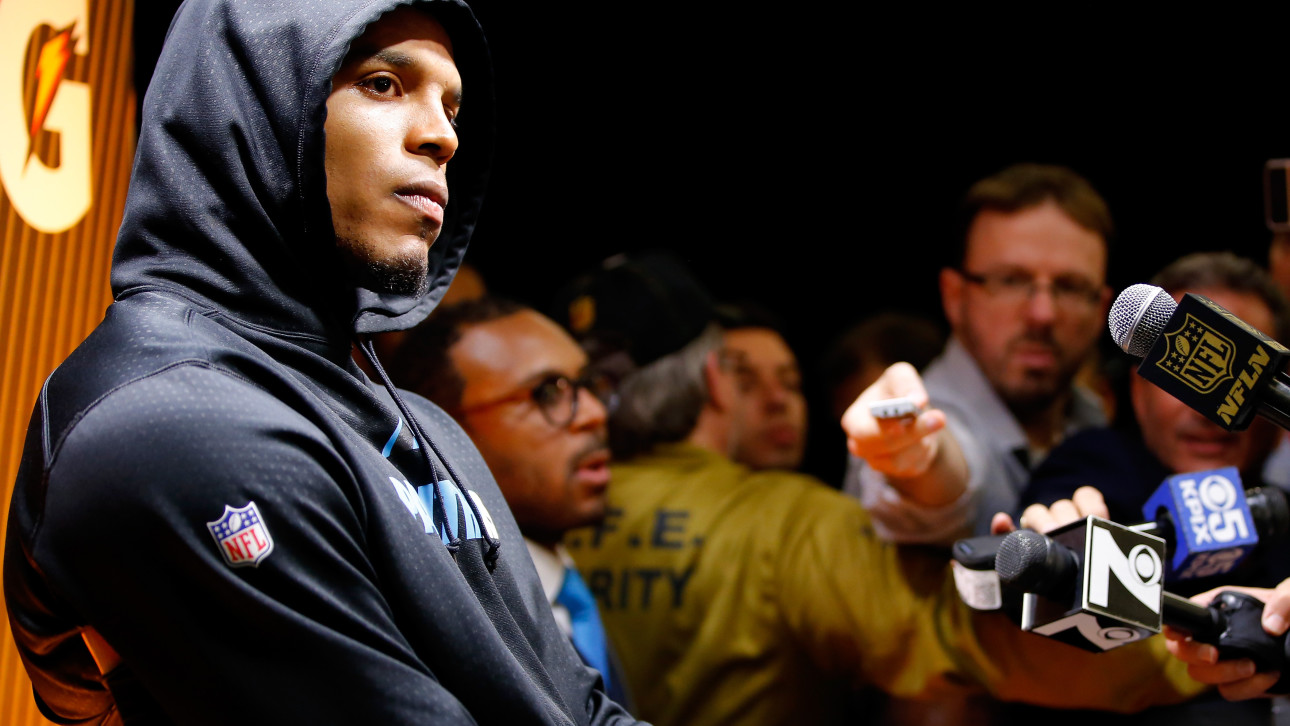 Journalists are, nearly without fail, some of the most intolerable brats you’ll ever come across in life. I know because I am one. Working on deadline, dealing with sources, and managing the existential uncertainty of a volatile profession does not a healthy outlook make. The media’s borderline uniform response to Cam Newton’s Super Bowl press conference walkout is instructive here.

After going down as the losing quarterback in Super Bowl 50, Newton showed up for his post-game duties in the sort of mood any reasonable human being would expect. A near-perfect season that saw Newton win the NFL’s MVP award had just ended with him posting his worst game of the year in the biggest game of his life. The transcript shows him taking 13 questions, and most of his answers are three words or less.  A simple “I’m done, man,” was his parting shot to the media and the media has predictably mobilized against him.

Michael Powell of the New York Times wrote that Newton “decided to act in his moment of truth like a 13-year-old.” Louis Bien of SB Nation wrote that “Newton should have handled the appearance better than he did.” Jason Whitlock of Fox Sports wrote that Newton “punked out” and “needs to grow up.” You get the picture, albeit a painfully incomplete one.

What the broad media consensus misses, quite conveniently, is that no one writing about Newton in this paternalistic, moralizing manner has any idea what they’re talking about.

Tap into your repressed memories for a moment and consider your most painful losses—the love of your life who left you, the dream job you didn’t get, all of the days that hurt too much to remember. Now imagine that one of those days involved 300-pound men repeatedly slamming you into the ground while more than 100 million people watched your dreams tossed into a dumpster and set aflame, live on television and preserved forever.

Oh, and before the searing reality of it all can even begin to set in, you will be required to answer questions from strangers who want nothing more than to watch you break down and bleed yourself dry. You will be expected to handle this, all of it, with the grace and humility of a saint. If you do not, you will be branded a child undeserving of the sympathy reserved for children. If you happen to be a black male, you will perhaps have to wonder if the whole world was waiting for a chance to call you “boy” without actually saying it. If you happen to be Cam Newton, all of this will have been piled upon you at the age of 26.

This is the context that must be ignored in order to pretend that a press credential somehow confers unique insight into the mind of a human being who has just experienced physical and mental trauma the likes of which are known to a select few, none of whom are sports journalists. However, in this instance, it seems some of the press can’t quite wrap their head around the idea that Newton is a human being and not a malfunctioning cipher.

There’s also the widely ignored fact that just prior to Newton walking out on the media, he overheard Denver Broncos cornerback Chris Harris Jr. gloating about how the Broncos had shut Newton down. This did not merit inclusion in the discourse presumably because it’s beneath a journalist granted column space to bother contextualizing the event they are being paid to offer their very important opinion on.

Now, it would be one thing if the economy of very important opinions played out in a consistent manner, but as the winning quarterback of Super Bowl 50 can attest, it clearly does not.

Six years ago, Manning and the Indianapolis Colts lost Super Bowl XLIV to the New Orleans Saints. Before the 31-17 final score became official, Manning walked off the field and excused himself from the sporting tradition of shaking hands with the victor. It’s an act ready-made to be deemed petty and unprofessional, same as Newton ditching the media. However, it didn’t quite go that way.

The write-up at Fox News declares “after what had just transpired in Super Bowl XLIV, I wouldn’t want to look back either.” A piece at Yahoo! goes further in saying Manning’s actions weren’t “at all disrespectful or bitter.”

Regardless of how one feels about Manning’s decision, it’s clear that some saw fit to not just consider the context of his actions, but to then sympathize with that context in search of something more like understanding than judgment. Why Newton hasn’t been the beneficiary of the same logic is a matter of open debate, but the historical marginalization of black quarterbacks—and black people in general—must be a part of the answer. Another part of the answer is that the media is pathologically entitled.

Manning skipping out on shaking hands did not keep the media from getting their precious boilerplate post-game quotes, so he was granted a wide berth in certain quarters. Meanwhile, Newton posing a marginal inconvenience, if that, weaponizes the press into a unified front on a matter of roughly zero import.

Lost in all of this is Cam Newton. Not Cam Newton the football player, but Cam Newton the human being. A willingness to accept that loss says more about us than anything anyone has to say about a football game.