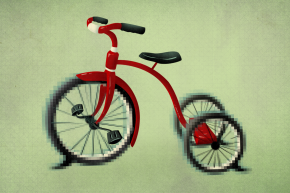 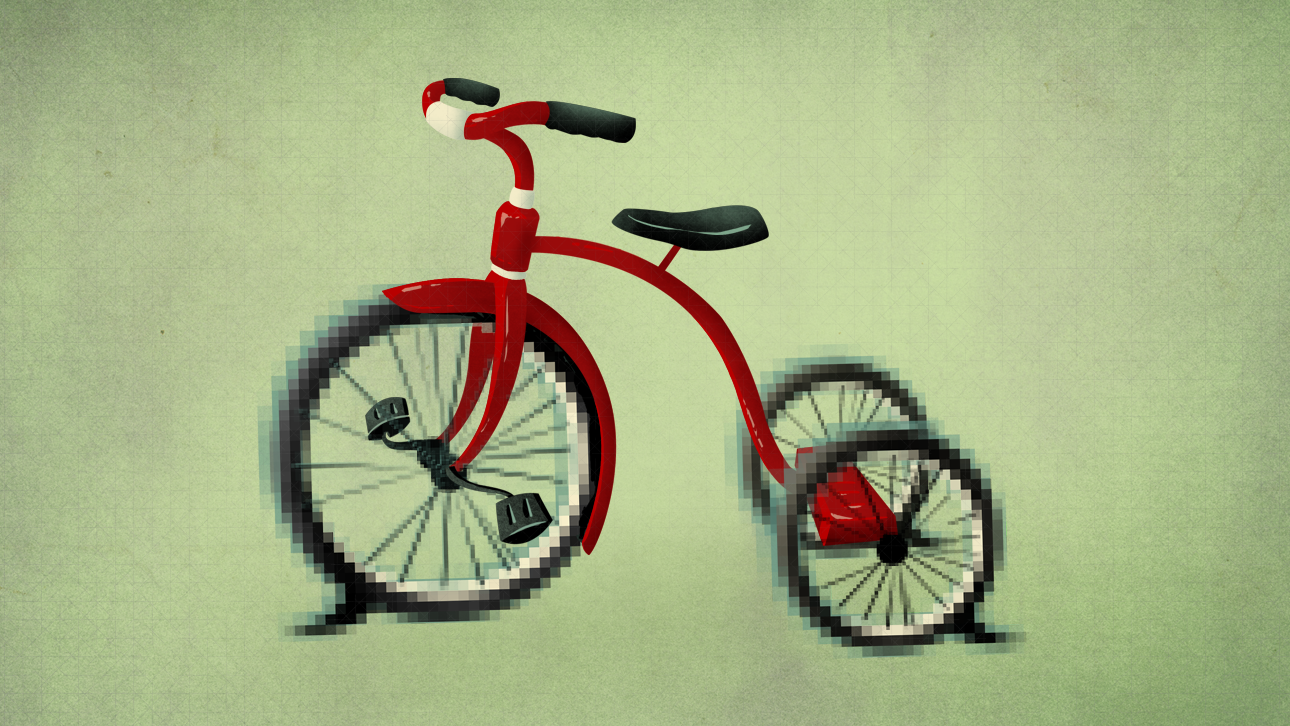 It has been two years since Young stopped denying to himself that he is attracted to young boys, something he first understood about himself by the time he was 15. “The people I was attracted to were not getting older—they peaked at 13 years old,” he says. At age 20, he fell into a deep depression and, shortly thereafter, overdosed and nearly died on a mixture of PCP and PMA, a more volatile version of MDMA. He had a mental breakdown. He dropped out of school. He had no one to talk to about his pedophilia. He felt completely alone. “I didn’t see a way that my situation was going to improve or go away. To me, there was not much point in keeping going.”

In 2014, doing some reading on pedophilia, Young joined Virtuous Pedophiles, an anonymous pedophile forum that uses peer-to-peer discussion as a way to keep self-identifying pedophiles from offending. For members of the online community—struggling with a sexual attraction that is too taboo to come out with publicly—the support found in Virtuous Pedophiles, to them, is as effective as traditional therapy. “I had so much trouble imagining there were people out there like me and that they would come together to talk about it,” says Young. “ I feel like I have learned a lot about myself as a result of my joining the forums. Talking to people around the world going through same thing as you are—incredible.”

The phenomenon of pedophilia is explored in the third episode of DARK NET. The thought-provoking, new eight-part docuseries—developed and produced by Vocativ—airs Thursdays at 11 p.m. ET/PT on SHOWTIME.

In April 2015, after he’d been on the forum for about five months, Young came out to his mother about his pedophilia. She has seen drastic changes in his behavior and mental health since he joined Virtuous Pedophiles, she says.

“Through this website he has found people that are like him and he’s never had that before,” she says. “It’s somebody to talk to, I think, and also to let him know that he is not alone. He used to go around being very angry at the world and no one really knew why… and in the last year or so, he has been so much more at peace.”

Being at peace—and being resolved not to act on his desires—does not mean he is no longer attracted to children, however. Indeed, some medical professionals believe that pedophilia is a set sexual orientation, like heterosexuality or homosexuality, and that it can not be changed.

“None of us decide the category of attraction in which we fall,” says Dr. Fred Berlin, director of the John Hopkins Sexual Behavior Consultation Unit and one of the leading experts in pedophilia. Berlin condemns sex with minors, regardless of neurological predispositions. “People with pedophilia aren’t that way because they decided this will be the nature of their sexual makeup. It’s not their fault; they can’t blamed for it. But they need to deal with their sexual attractions in a responsible way—if finding others with similar attractions who are committed to the idea of not harming a child, I think that is a good thing.”

Berlin says that digital forums are helpful, but shouldn’t be the only thing to which a pedophile looking for mental assistance turns. “Non-professionals can provide emotional support and give feedback and useful suggestions, but I wouldn’t want it to take the place of a properly trained and qualified mental health professional,” he says, adding that a licensed therapist can assist with clinically diagnosable mental health issues—such as depression—in ways that online forums cannot. “Groups like Virtuous Pedophiles are very helpful in the sense that people don’t feel stigmatized and bad about himself about these attractions.”

Ethan Edwards, a co-founder of Virtuous Pedophiles, first became attracted to children a little over a decade ago. He was in his 50s and divorced with three adult daughters, but he slowly started uncovering his emotional and sexual attraction to children. “I’d find pictures of kids innocently playing,” Edwards says. Looking at college-aged girls slowly turned into viewing pictures of children. “It was the gradual lowering of age of sexual fantasies in private—that’s how it came out,” he said.

Edwards says that he has never abused a child or watched child pornography, nor has he experienced the desire to do so. Although he was seeing a therapist—”It came up gradually while I was seeing him; he was very accepting”—Edwards began searching for online peer-to-peer support groups for pedophiles. In 2012, he joined b4u-act, a Google Group, but quickly felt out of place among some “pro-contact” users—a term used by pedophiles to describe individuals who find sexual relations between an adult and a child acceptable. Because b4u-act officially takes no stance on the issue, Edwards teamed up with another anti-contact user to launch Virtuous Pedophiles as an anti-contact discussion forum. “Our first priority is to keep [pedophiles] from abusing kids,” Edwards says.

Officially launched in June 2012, the forum has 1,288 registered users, a few hundred active members, eight moderators and nearly 75,000 posts within 6,000 topics. “In terms of the number of people who have logged in in the past month, it is hundreds,” Edwards said. “We’re not just a coral reef of dead life with a veneer on top.” In January 2015, 27 new users posted in the “Member Introductions” thread.

Anyone can join—”We know we have trolls, mean and aggressive people, and assume there is law enforcement,” Edwards says—and users discuss a range of topics, from life experiences, personal announcements, reaction to news and scientific research to more lighthearted topics such as movies, video games and books. Users share their experiences of going to jail for child pornography—”One 20 year old punk kept asking me about my charges”—the nervous lead-up to a date—”I’m going out with an adult woman tomorrow to see Star Wars!”—and the struggles of confiding in parents—”My mum shouted ‘rubbish’ with such disdain.” It’s a community like any other in many ways, but one in which everyone is looking for some sense of normalcy.

Although the mantra of Virtuous Pedophiles is strictly anti-contact, the forum allows former viewers of child pornography to join. “The poster child of Virtuous Pedophiles has never done any of that,” says Edwards, “but we had to ask if we could turn people away who wanted to stay good. And we couldn’t, naturally.” But because child pornograpghy is illegal, the rules of the forum preclude mentioning the viewing or possession of child pornograpy, even if the user is talking about something done in the past. “[It] would risk getting law enforcement interested in us—like even subpoenaing us,” Edwards says, adding that members could talk about child pornography use in private messages, which are not monitored by site administrators.

To better understand the struggle of his users, Edwards recently conducted a survey on the forum about suicidal thoughts. “[A] huge percentage of our membership has been suicidal at some point,” he says. 30 percent of users who responded to his study have had suicidal thoughts on multiple occasions in the past, and 18 percent have attempted suicide at least once.

Self-loathing is a common thing for pedophiles. “We encourage people to accept that they don’t have any choice to the attraction,” Edwards says. “But a fair number do still hate themselves.” Even if a user comes to accept their attraction to children as something they can not change, these predispositions can still affect real-life situations. Edwards, for example, dated a woman after divorcing his wife, but because of his pedophilia, they broke up in 2013. “Part of growing apart was this whole part of my life I couldn’t describe,” he says, adding that he never came out to her (he has only told two in-real-life friends). “This is a big problem for lots of pedophiles who are attracted to adults.”

For some, the benefits of the community aren’t enough to cope with the internal torment of being a pedophile. On January 10, a forum user who goes by the handle Zaal attempted suicide. While in the hospital, he contacted another user, who posts as TheComedianDreamer, to share the news. “Thankfully, the doctors say he will be okay, but he’ll have to stay in the hospital until January 12th or maybe longer or shorter,” The ComedianDreamer wrote on January 11. “He asked me not to be specific about how he attempted it… He says he’ll be back as soon as he can.”

Berlin says that he hopes the peer support seen in forums like Virtuous Pedophiles will make a user more comfortable in seeking out traditional therapy, especially if they show symptoms of psychological disorders that could result in self-harm. Young, for one, says that after using the forum he “would now feel comfortable enough to speak to someone” in a professional setting about his pedophilia. “But the forum is the primary form of therapy that I have had. It’s been one of the most positive things in my life—the best decision I have ever made, taking that plunge and joining,” he says.

But people who come out to someone they trust in person don’t always get the result they’re hoping for. Virtuous Pedophiles user SuperMarioFan, a 19-year-old living in rural Pennsylvania, is heavily involved in his local Christian community and, after joining the forum, recently came out as a pedophile to his youth pastor hoping for in-real-life support. “He thinks there could be an evil influence over me,” SuperMarioFan says of his pastor’s response. “He doesn’t understand everything about the attraction.” The youth pastor’s advice was to not dwell on the thoughts, SuperMarioFan says. “For me, I do not have a lot of people to talk about it with,” SuperMarioFan adds. “I do not want to be isolated and have thoughts overcome me that could force me to act out. [Virtuous Pedophiles] is my go-to place.”

Ender Wiggin, who is the most active member in Virtuous Pedophiles with over 6,300 posts since joining in February 2014, and who also operates a blog about peodphilia on Medium, sees the online community as the most viable option for pedophiles looking for continuous support. “The main benefit of the community being online is that is always there and available for you,” Wiggin says. “[A therapist] who isn’t a pedophile says they can understand, but they can’t really get it.”

“In the time since I joined the community, I know of five suicide attempts,” Wiggin says. “People have felt better and reconsidered [committing suicide] because of this community and the support they have found here. It’s a real thing. This community can save lives and change them for the better.”

*All names in this article, except Dr. Fred Berlin, are pseudonyms. Subjects agreed to speak with Vocativ about their pedophilia on the condition that they not disclose their real names.