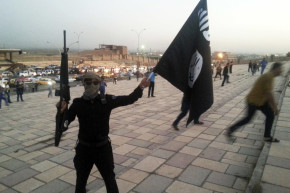 A report by Amaq, an ISIS-linked news agency, shows that the jihadist group has ramped up its suicide missions in the face of growing setbacks

ISIS is turning to suicide attacks more and more often as it experiences setbacks across Iraq and Syria, according to the latest figures published by the Amaq News Agency, an ISIS-linked media organization. Amaq reported that there were 85 ISIS suicide attacks across the two countries in January, nearly three times the 29 suicide attacks the jihadists used in September 2015.

Iraq’s Anbar province accounted for 30 of the 85 ISIS suicide operations, or roughly 35 percent, according to the figures. The province is home to the city of Ramadi, significant portions of which Iraqi security forces recaptured from the Islamic State at the end of December. Since then, jihadists in the area have launched a string of suicide attacks against their military opponents, according to multiple news reports. One of those assaults reportedly involved the use of bulldozers packed with explosives. According to Amaq’s figures, more than 60 percent of ISIS suicide strikes in January targeted Iraqi security forces.

At least 13 ISIS fighters went on suicide missions in Syria’s Deir ez-Zor province last month, more than any other province in the country, Amaq’s statistics show. There, the terror group has been locked in a fierce battle against forces loyal to Syrian President Bashar al-Assad. The jihadists also face continued airstrikes from Russian warplanes in the area.

Though Amaq’s numbers can’t be independently verified, it receives tips directly from ISIS and often breaks news stories beneficial to the terror group. Amaq was the first organization to report that the rampage in San Bernardino, California last December was ISIS-inspired.