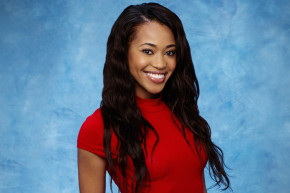 ‘The Bachelor’ Eliminated Its Only Remaining Black Contestant
By Leslie Horn

‘The Bachelor’ Eliminated Its Only Remaining Black Contestant

Jubilee was the lone remaining black contestant on this season of The Bachelor, but last night she was eliminated midway through the 10-episode season. Everyone always has their contestant of choice, but in this case, people are not happy about the timing, considering yesterday was the first day of Black History Month.

I am shocked #Jubilee was cut pre-rose ceremony on the first day of black history month. Smh #TheBachelor

Ben not only dumped Jubilee, he didn't even wait until the rose ceremony Well what a fine way to kick off Black History month! #TheBachelor

Using Vocativ’s technology, we found over 11,000 tweets with the hashtag #TheBacehlor that mentioned Jubilee last night. These tweets accounted for about 7 percent (out of a total of 151,584 tweets and retweets) of all the chatter about the show. That’s a pretty big deal; it’s not often that someone who isn’t the main event makes up for more than 5 percent of audience reaction.

Before Jubilee, there have only been a handful of nonwhite competitors on The Bachelor, and those contestants are almost always sent home in the show’s early rounds. ABC has long been criticized for the overwhelming whiteness of the franchise, and last night, hundreds of viewers piled on, tweeting about race and calling the show racist. Some said they’d like to see a black bachelorette in the future. And even though producers have insinuated that the next bachelorette will be “diverse,” bachelorettes are usually one of the four finalists from the previous season of The Bachelor.

But Twitter is still standing by Jubilee, and Vocativ found 117 tweets with the hashtag #JubileeForBachelorette yesterday afternoon. We also came across support for Jubilee, with hashtags like #Jubilee2016.

I want her to be the next bachelorette #jubilee2016 #TheBachelor

For a show that’s already been widely criticized as being inhospitable to black people, Jubilee’s elimination was unfortunate. The timing made it even worse.