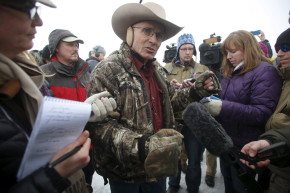 Oregon Militant A Martyr Whether Murdered In Cold Blood Or Not 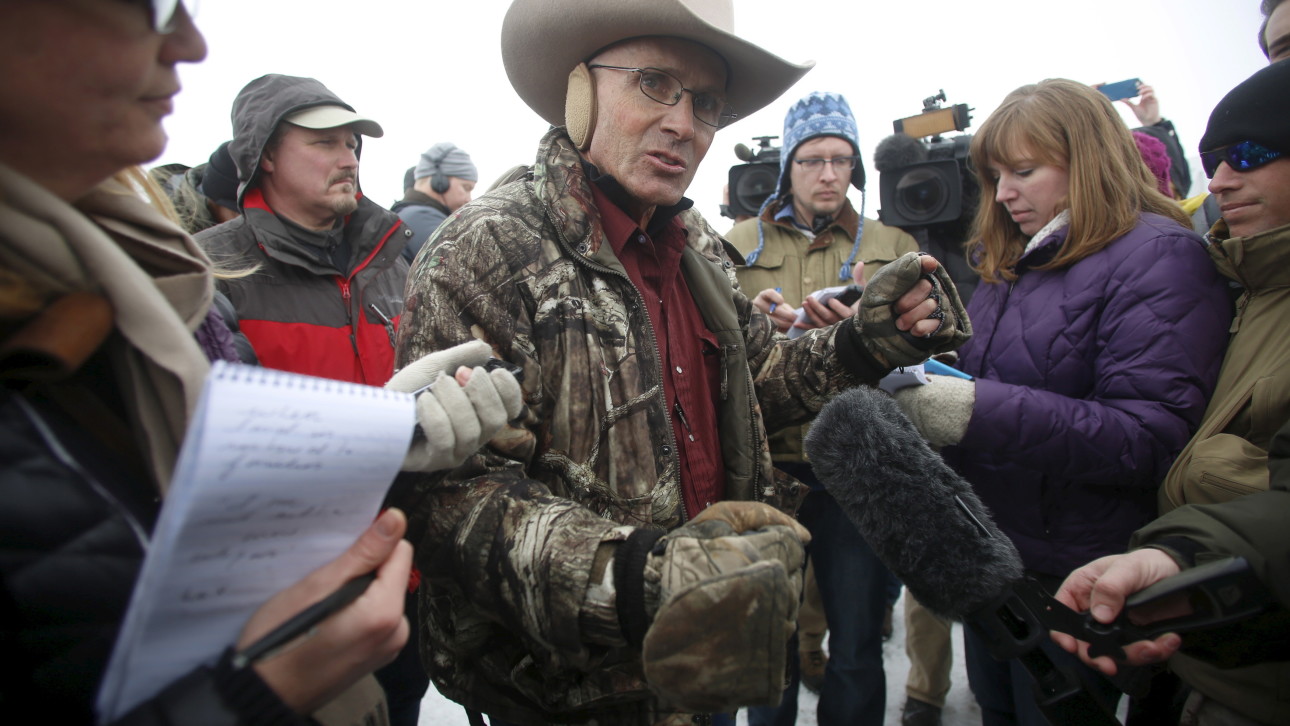 The Oregon militant killed after a fatal encounter with law enforcement is well on his way to becoming a martyr among anti-government crusaders—even after reports surfaced saying he was not killed in cold blood, as others in his armed group allege. According to an eyewitness account, LaVoy Finicum, a spokesman for the self-styled militia engaged in a weeks-long standoff at an Oregon wildlife refuge, died after he charged police during a roadside stop on Tuesday, not with his hands in the air.

Mark McConnell, who claims he was driving some of the militia members, delivered his version of events in a Facebook video published just hours after Finicum’s death and the subsequent arrest of eight other occupiers, including leader Ammon Bundy. His first-hand account differs from one that continues to take root among right-wing and anti-government proponents on Wednesday, and which first came from Victoria Sharp, an 18-year-old who was reportedly inside a vehicle driven by Finicum.

That version, promoted by the official Bundy Ranch Facebook page, Tea Party politicians and even Finicum’s daughter, alleges the Arizona rancher was on his knees with his hands up when he was gunned down.

McConnell insisted that was not the case.

“He was not on his knees, none of that nonsense,” he said.

In his nine-minute video, McConnell said that Ammon Bundy and another militant were inside the vehicle he was driving along U.S. 395 outside of Burns, Oregon to a nearby community meeting. Finicum was driving a separate pickup carrying several other occupiers, including Ryan Bundy, Ammon’s older brother, and Sharp, when police pulled the two vehicles over, McConnell said.

Here's the video of what happened.

As several of the men were being detained by law enforcement, McConnell said Finicum “took off” in his truck with a few of his passengers still inside. The truck soon encountered another police roadblock down the road, he said. Finicum, according to accounts by two other people inside his truck, tried to get around the roadblock and became stuck in the snow, McConnell said.

With the tires of his truck still spinning, Finicum hopped out of his vehicle and bolted toward the police, McConnell said.

“He went after them, he charged them,” McConnell said of Finicum. “LaVoy was passionate about the movement.”

McConnell said that he was taken into custody and interviewed for about two hours, then released. His account could not be independently verified, but some of the details do match accounts provided to The Oregonian by law enforcement sources, the paper reported.

Reactions to McConnell’s video, which had been watched nearly 90,000 times by Wednesday afternoon, have been mixed. A number of people said they believe that McConnell is an FBI informant seeking whitewash details surrounding Fincium’s killing, while some claimed that the account confirms that law enforcement used unnecessary force against him. Others, meanwhile, wasted little time in sharing the video as a means to counter cries that Finicum had been shot while trying to surrender.

While McConnell’s version of Finicum’s death sought to de-escalate the ongoing standoff, it may make little difference. Reports of Finicum being executed by the FBI continue to spread across social media and right-wing news channels where they have resonated with an audience long fearful of abusive government powers. There are YouTube videos now proclaiming that Finicum was “murdered in cold blood,” hashtag campaigns bubbling up around Finicum’s death and renewed calls for confrontation.

Meanwhile, a handful of armed occupiers remained holed up at the Malheur National Wildlife Refuge outside of Burns. Law enforcement officials have set up roadblocks around the refuge’s headquarters and FBI officials told the militants they should leave immediately. Several news organizations that have covered the standoff since it began on January 2 have reportedly packed up, deeming the situation no longer safe.

.@OPB has left the compound entrance, along with @KGW, @KOINNews @fox12oregon and several journalists. We determined it's not safe.