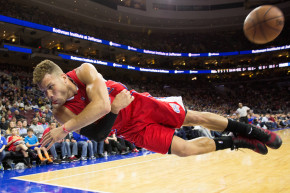 Blake Griffin, And How Not To Hurt Yourself Like A Big Dumb Idiot
By Jessica Luther

Blake Griffin, And How Not To Hurt Yourself Like A Big Dumb Idiot

The dumb sports man injuring himself is a time honored tradition. Here's a delightful history of our favorites 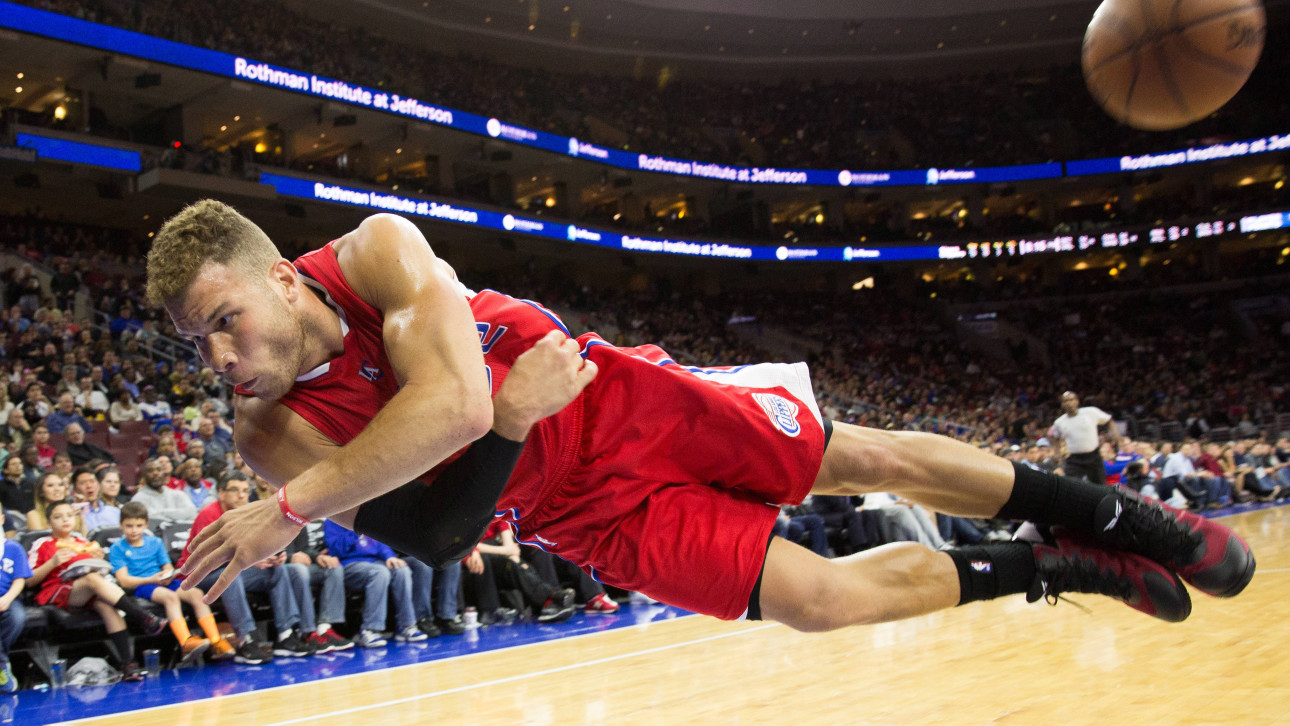 News broke yesterday that Los Angeles Clippers forward Blake Griffin will be out another four to six weeks after he injured his hand punching the team’s equipment manager. While no police report was filed, Clippers owner Steve Ballmer and coach Doc Rivers said in a joint statement that they “are conducting a full investigation with assistance from the NBA. At the conclusion of the investigation, appropriate action will be taken.”

Naturally, the Internet has been having a good time at Griffin’s expense. Now, while it’s important to remember that committing assault isn’t jokes, Griffin’s self-own is also part of a larger pattern in sports: Dumb sports men finding light speed stupid ways to hurt themselves.

With that in mind, here’s a list of advice for the dumb sports men on how to not hurt yourself despite being a dumb sports man.

This one is pretty obvious, I think. In 1994, Sir Charles Barkley missed the NBA season opener because he “inadvertently burned his corneas when he rubbed body lotion into his eyes during an Eric Clapton concert.” Tears in Heaven indeed.

Don’t Ever Sneeze, Especially If You Play Baseball

In 2004, Sammy Sosa sprained a ligament in his back from sneezing, seriously. The two violent sneezes led him to “receive an epidural […] to calm down some of the inflammation and lower back pain.” He then missed a month while recovering. From sneezing.

Maybe baseball players are particularly susceptible to sneezing injuries and they should all stop doing it. Perhaps science can help because something clearly needs to done.

Mat Latos held a sneeze in and strained his left side, landing him on the disabled list. Last year, Blue Jays outfielder Kevin Pillar sneezed so hard he strained an oblique. Darren Rovell ran down a list of players injured by sneezing: “Juan Gonzalez’s back acted up…after a bad sneeze. And at least three other players were scored ‘DL-Sneezing,’ pitchers Marc Valdes in 1995, Russ Springer in 1997 and Goose Gossage in 1985.” I swear none of this is made-up.

Guitar Hero, the video game, sidelined pitcher Joel Zumaya during the ALCS in 2006. Playing it too much caused wrist and forearm inflammation that kept him from taking the field. This isn’t the part where I heavily imply that other “actions” could cause that same injury but would be way more embarrassing to admit, is it?

Alex Stepney, a Manchester United goalie, once dislocated his jaw yelling during a game.

I Mean, Come On

Steve Sparks, a pitcher who had a history of dislocated shoulders, decided after seeing “a couple of musclemen [rip] in half thick telephone books,” to try to rip one in half himself. “Instead [he] dislocated his left (non-throwing) shoulder for the seventh time in his career.” Good job. A+ work.

Don’t Be An NFL Kicker

OK, NFL kickers, we need to have a talk about personal safety. Here are some things to consider: 1) Don’t try to chop wood unless you know how to chop wood; 2) Don’t eat fondue; and 3) Don’t celebrate field goals by jumping up and down on the field.

In Fact, Don’t Celebrate Ever

(In)famously, kicker Bill Gramatica tore an ACL in 2001 after a field goal when he jumped into the air to celebrate. Nine years later, Gramatica explained the truth behind the injury: “You guys got it wrong. You said I got hurt jumping. My jump was excellent. It was my landing I needed to work on.”

Kendry Morales, a designated hitter, understands Gramatica’s feels. After hitting a grand slam to win a game, he jumped on home plate, came down awkwardly on his ankle, and broke his leg.

Brandon Marshall “severed an artery, a vein, and a nerve in his forearm along with tendons to five muscles” when he put his hand through a TV stand while wrestling with this family. Joba Chamberlain, a relief pitcher, had a gruesome ankle injury that, due to loss of blood, nearly killed him.

Quarterback Brian Griese sprained an ankle when he tripped over his dog. Hunter Pence, a right fielder, walked into and shattered a glass door on his way out to his hot tub. Left fielder Marty Cordova had to miss a game because he couldn’t go in the sun since after badly burning himself in a tanning bed.

For real, don’t even wear shoes that are difficult to take off. In 1986, third baseman Wade Boggs “tried to use his foot to pry off the cowboy boot from his other foot, only to have things go rather badly. Instead of losing his boot, he lost his balance and fell ribcage-first into the arm of a couch.” His ribs were badly bruised.

Also: Don’t touch bagpipes. For any reason, but also so you don’t get injured.

Another one: Motorcycle stunts? Really? How dumb are you?

This one goes to out to Griffin, but he’s not the first athlete to hurt himself like an idiot because he couldn’t control his idiot man self. In 1977, the great Kareem Abdul-Jabbar sucker punched Kent Benson, broke his hand doing it, and was off the court for 20 games. Jim Harbaugh once hit Jim Kelly because Kelly had said not nice things about Harbaugh. Harbaugh broke a bone and missed three NFL games.

Punching inanimate objects, also a bad idea. Carlos Quentin, an outfielder, learned this when he punched his bat and hurt his wrist. Amar’e Stoudemire, angry about a loss, walked off the court and “punched a glass casing surrounding a fire extinguisher,” which lacerated his hand. Punching chairs after a loss is also not advised. Add lockers to that list, as well. A soccer goalkeeper once punched a wall over an own goal and it ended exactly the way you imagine it would: a broken hand. As Kyrie Irving learned, don’t even do that when the wall is padded.

One Last Note For The Dumb Sports Men

So, Blake Griffin has joined an embarrassingly large club of athletes whose poor decisions have kept them from playing. Some of those poor decisions were serious and even scary, worthy of our judgment more than our jokes. And some are blessedly silly, so we may chuckle at the way that life can come at you fast, even if you are a well-paid and/or famous professional athlete.

Thus concludes this valuable and important public service announcement for dumb sports men. You’re welcome for all the helpful advice, you idiots. Don’t forget to never ever sneeze.