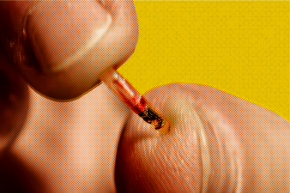 DARK NET: How Biohackers and Futurists Hack The FDA
By Joshua A. Krisch

DARK NET: How Biohackers and Futurists Hack The FDA

Biohackers implant LEDs, RFID chips and other bits of technology into their bodies. Here's how the FDA responds 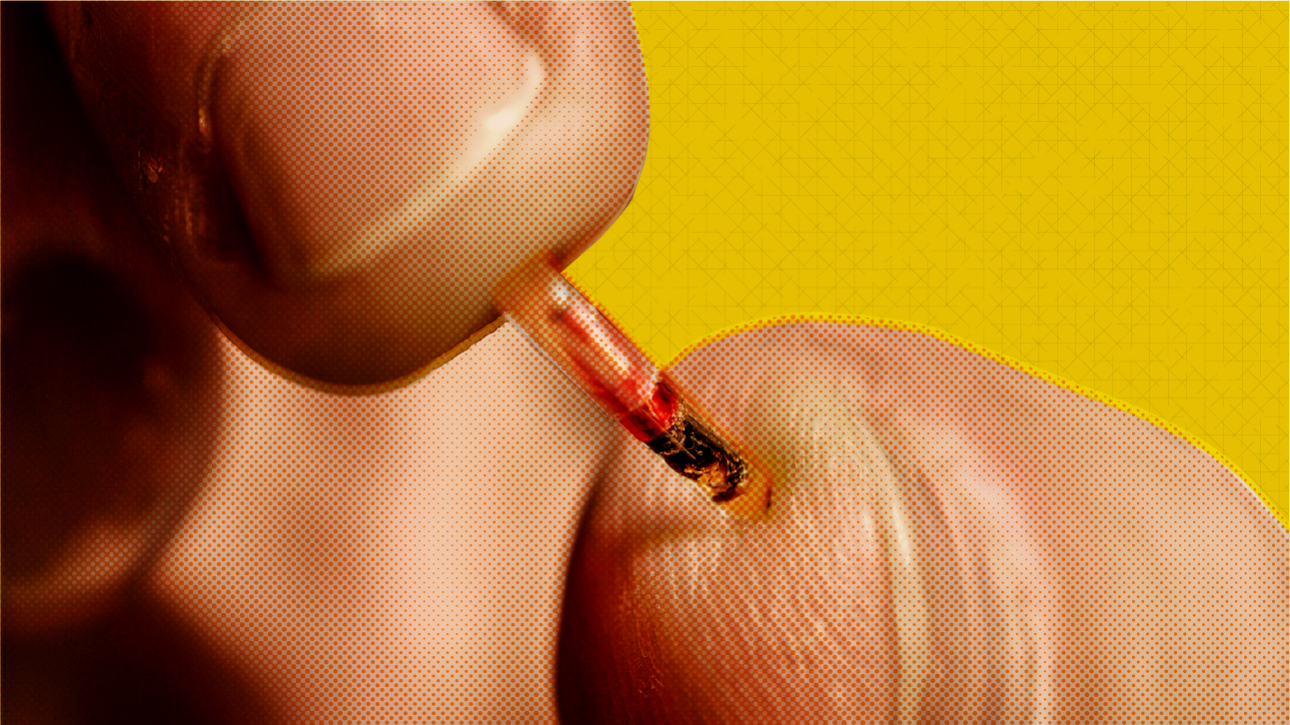 A fringe group of futurists and hobbyists who use their own bodies as canvases to meld technology into the human form are battling and circumventing the Food and Drug Administration. Because, for some, the human body is not enough.

These biohackers and grinders implant magnets and RFID chips into their hands, earphones onto the sides of their heads and LED lights just beneath their skin. Grinders also often grind in the name of Transhumanism, the notion that we must accelerate our own evolution and exceed the human species’ limitations via science.

But until the world—and the medical device industry—catches up, there’s the FDA to contend with. See, the government can’t stop you from injecting some sweet, DIY tech into your own body, but once you decide to sell your invention to the public, the feds are mandated to step in and regulate. This growing community of implant enthusiasts is explored in the second episode of DARK NET. The thought-provoking, new eight-part docuseries—developed and produced by Vocativ—airs Thursdays at 11 p.m. ET/PT on SHOWTIME.

The FDA broadly sorts all medical devices into three categories. Class I devices are so safe that virtually no testing or approval is ever required. Class II devices usually involve slightly higher stakes—think condoms and blood pressure cuffs—so manufacturers need to demonstrate that their product is at least safe and effective. Class III devices are the most potentially dangerous. For instance, artificial heart valves and many surgical implants fall into this category, so they require extensive laboratory testing before they hit the market.

FDA provides a handy guide for classifying medical devices. Suffice it to say that most implants, by the very fact that they are invasive, end up sorted in Class II or Class III. Both classifications require paperwork—and cash.

RFID chips are among the most popular biohacks, because they’re elegant and incredibly cool. RFID (or radio frequency identification) is a wireless system comprised of tags that send their unique identities to readers using radio waves. In medical settings, RFID labels help keep track of patients and drugs. But in a biohacker’s lab, RFID tags are body modifications waiting to happen. Once implanted into your hand, for instance, an RFID chip can unlock doors, log onto computers and connect to your smartphone.

FDA first issued guidelines for RFID devices in 2004 and sorted them into Class II, with one major exception. If your RFID device has a proven medical use (so, not opening garage doors) you can skip most of the approval process. But as a true blue grinder, you’re probably going to have to usher your decidedly non-medically necessary invention through Class II’s mandatory “premarket notification” process—paperwork that demonstrates your new device is no more dangerous than similar products already on the market.

For the backyard biohacker, that means dropping a couple thousand dollars and waiting half a year for approval. Premarket notification costs $5,228 for corporations and $2,614 for small businesses, and data from 2014 suggest that pushing a new Class II device through the FDA takes at least six months.

And then there’s biocompatibility testing. The guidelines are complicated but, as a rule of thumb, if you’re using any new materials that haven’t been proven safe in human implants you’ll probably need to run a battery of tests on both animals and humans to demonstrate that the body won’t reject the RFID chip. FDA provides a handy flowchart to help manufacturers decide whether or not their devices need biocompatibility testing.

But that’s just RFID chips—the levelheaded first date for most real biohackers. RFIDs have a proven track record of safety, and all the FDA really wants is to make sure your newest version of the product doesn’t have anything untested and dangerous hidden in it. Although the FDA hasn’t issued formal guidelines for biohackers, it’s safe to assume that most implantable LED lights and magnets would require similar paperwork for FDA approval.

But once you start dabbling in truly hardcore body hacking—implantable headphones or bionic, night-vision eyes—you’re almost certainly dealing with Class III medical devices and the process for getting those approved is far more arduous. Class III devices require “premarket approval” (a more grueling version of “premarket notification”), and the paperwork alone costs upwards of $200,000. That’s not including the costs of laboratory testing in animals and humans, and various other regulatory requirements.

Here’s how the FDA describes the process:

Regulations provide 180 days to review the PMA [or “premarket approval”] and make a determination. In reality, the review time is normally longer. Before approving or denying a PMA, the appropriate FDA advisory committee may review the PMA at a public meeting and provide FDA with the committee’s recommendation on whether FDA should approve the submission. After FDA notifies the applicant that the PMA has been approved or denied, a notice is published on the Internet announcing the data on which the decision is based.

That’s the same sort of FDA approval that we usually think of when a new drug has completed its final round of testing. So if you’re planning on selling a highly invasive biohack to the masses, expect to spend at least 180 days and $261,388 if you’re a large corporation (or $65,347 if you’re a small business), plus a bunch of incidental fees. Essentially, you’ll work about as hard to drag your heavy duty biohack through the FDA as Big Pharma does on preparing new medications for the rigorous and competitive drug market. Good luck.

Is Grinder Safety Really A Concern?

Now, it’s tempting to blame the FDA for turning backyard science into a regulatory jungle. But a lot of these devices could do serious damage if they were unleashed on the market without proper checks and balances.

Implantable RFID chips, for instance, have excellent safety records. But there’s some scientific evidence that the radio waves produced by these implants can interfere with other medical machinery. “Because this technology continues to evolve and is more widely used, it is important to keep in mind its potential for interference with pacemakers, implantable cardioverter defibrillators (ICDs), and other electronic medical devices,” according to the FDA’s page on RFIDs.

Indeed, at least one large study suggests RFIDs may interfere with cardiac pacemakers, and another study is currently underway to test how RFIDs effect various medical devices. Part of the FDA approval process involves demonstrating that your RFID implant is properly built to minimize these risks.

When you shake hands with someone who relies on a pacemaker, they’ll likely thank you—and the FDA—for ensuring that your biohack doesn’t kill them.