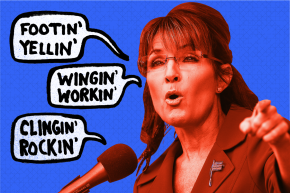 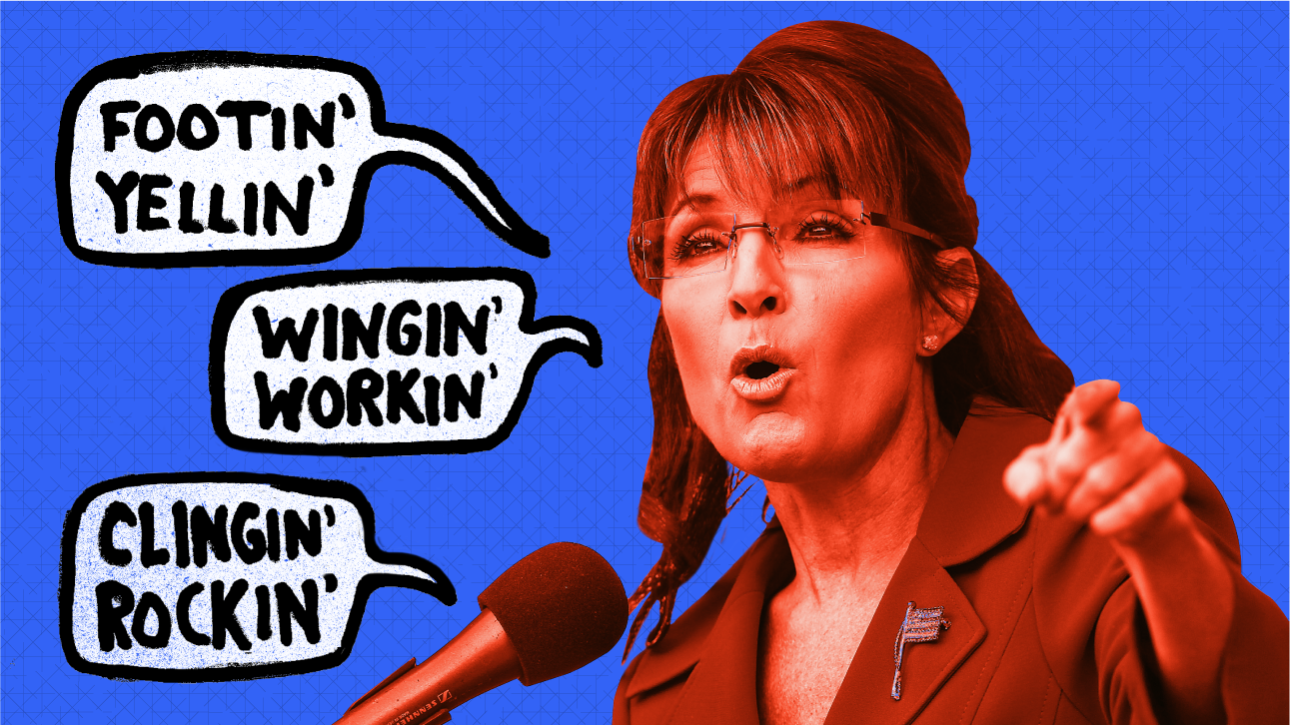 Sarah Palin’s speech at Donald J. Trump’s Iowa rally on Tuesday had it all: Overblown accusations against establishment parties, plenty of makey-uppy words, comical Obama put-downs and a full-bore endorsement of the Republican front-runner.

Donald Trump had first teased his first major political endorsement a day earlier, with a cryptic event notice. Camp Trump would go on to describe the endorsement by America’s first GOP female vice presidential nominee as “coveted and influential,” but much of the coverage (by the loathsome “lamestream media”) was wholly negative, if not outright derisory.

“Pundits and reporters took note of her rambling, edgy-seeming, sometimes-rhyming presentation in Iowa, with Mr. Trump standing nearby, occasionally looking as if he wished it would wrap up,” wrote the New York Times’ First Draft on Wednesday. Buzzfeed simply posted a verbatim transcript of the words Palin said at the podium.

The former Alaska governor certainly fumbled: Her speech at the University of Iowa was rife with typical “Palin-isms” such as “Right wingin’, bitter clingin’, proud clingers of our guns.” As the Washington Post’s The Fix noted, the Fox News pundit turned small-time reality TV star used one 82-word run-on sentence to criticize the GOP for funding Obamacare, Planned Parenthood and illegal immigration, and claim that Democrats’ support of undocumented immigrants was creating fresh debt for America’s children, all in one single string. There was also at least one garbled portion of word salad: “Trump’s candidacy, it has exposed not just that tragic ramifications of that betrayal of the transformation of our country.”

Vocativ analyzed her speech for repeated words, phrases and figures of speech. A bald word count doesn’t seem to do justice to the range of unique linguistics employed by Sarahcuda, so we’ve put them in the context of quotes from her oration.

Palin’s endorsement of Trump isn’t all that surprising. Palin has kept herself relevant by repeatedly endorsing political candidates, betting on 64 people as part of her Pink Elephant campaign for women in politics. Her scattergun endorsements have often succeeded where she could not: She is considered to have influenced upsets of establishment Republican senate candidates from Alaska and Nebraska.

While some of her verbal clumsiness may have rankled, Palin and Trump are a stylistic fit in many ways. Like Trump, Palin is happy to labor over extravagant put-downs: “I want you to try to picture this … Former President Barack Obama. He packs up the teleprompters and the selfie-sticks and the Greek columns and all that hopey, changey stuff and he heads on back to Chicago, where I’m sure he can find some community there to organize again.” And, like the anti-establishment Trump, she picked on the GOP almost as often as she picked on Democrats: “The permanent political class has been doing the bidding of their campaign donor class, and that’s why you see that the borders are kept open.” (As The Fix noted, this is “where the Palin and Trump messaging dovetails perfectly.”)

Despite matching Trump’s irreverence slur for slur, Palin has failed to maintain the level of media attention she once enjoyed. After John McCain’s loss against Obama, Palin later resigned as governor of Alaska to pursue a career in punditry. She was later dropped as a pundit from Fox News, leaving her bizarre smalltime reality show, Amazing America with Sarah Palin as her highest-profile media outlet. According to the New York Times, some Republicans claim Palin’s endorsement of Trump could actually be a boon for Ted Cruz look, despite Cruz’s declaration of undying love for Palin that same day.

Whatever happens, endorsing Trump is an undeniably good thing—for Sarah Palin. Despite her fading celebrity, she maintains a considerable social media following with 4.6 million Facebook fans, and just as news of her endorsement broke Tuesday, Politico discovered she updated her Facebook page with a new cover photo promoting Sarah PAC. Sarah’s back. Like it or not.