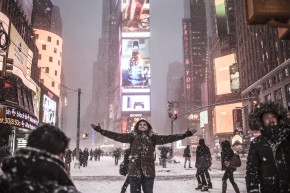 Snowstorm Watch: The Historic Storms That Did (And Didn’t) Hit NYC
By Allee Manning

Snowstorm Watch: The Historic Storms That Did (And Didn’t) Hit NYC

As NYC awaits a more clear reading of snowstorm predictions, we look back to the past to imagine what a truly "historic" storm would look like 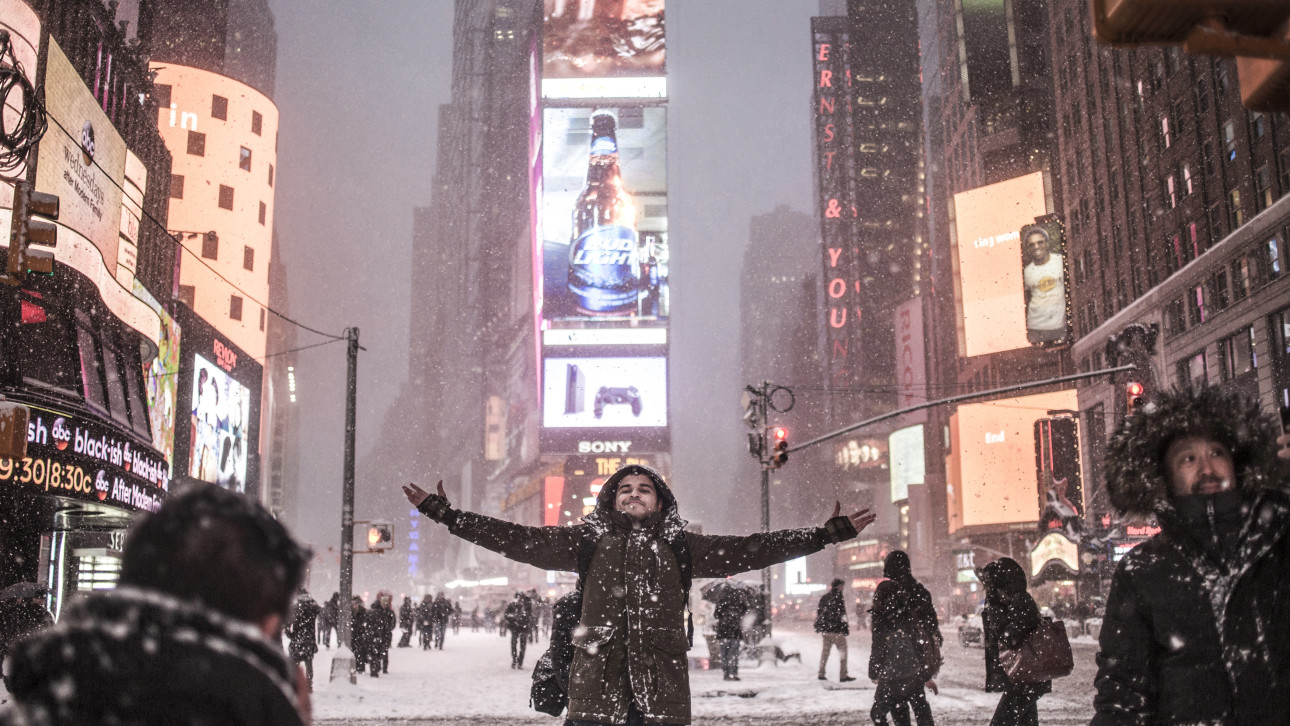 Remember last year, when that massive New York snowstorm totally obliterated the city? Yeah, neither do we. That’s why this year—with forecasts saying another massive storm is set to decimate the city—it’s worth remembering Juno, the winter storm that wasn’t.

A year ago, meteorologists predicted a “crippling and potentially historic blizzard” named Juno. The forecast led New York governor Andrew Cuomo to declare a state of emergency on Jan. 26, 2015, even shutting down the city’s subway system for snow for the first time in 110 years. Later mocked as “Snowmageddon” by the New York Post, “Snowpocalypse,” by the New Yorker, and “the Blizzapocalypsegeddon” by Jon Stewart on The Daily Show, the predictions fell totally flat. Though some areas across New England did receive nearly 3 feet of snowfall, the much-hyped nor’easter underwhelmed New York City with less than 10 inches recorded in Central Park.

Because at the end of the day, meteorology is an imprecise science—and sometimes the most dire predictions end up a swing and a miss.

More Weather Nerds Are Melting Down Over This Weekend’s Snowstorm

Though media outlets have been seemingly careful in terms of making predictions this far out (perhaps to avoid another ice-cold winter ridicule), AccuWeather has already stated that a blizzard could develop out of this storm, shutting down highways and airports. “We are just now at the point where the air is cold enough with the ongoing storms to awaken a sleeping giant in terms of a snowstorm,” one meteorologist is quoted as saying. In other words, sound the alarm.

Now, as the latest release of weather prediction models lead to rampant meteorologist speculation about a big ‘un, we remember the snowstorm that wasn’t, and the ones that really were.

Since 1868, when the National Weather Service began keeping track, New York City has seen an average annual snowfall of 28 inches. The largest recorded snowstorm had just a few inches short of that on its own, with snow falling at a rate of 3 inches per hour on February 12, 2006, causing 2,500 city employees to work 12-hour shifts in order to clean the streets. Though only the eighth largest, the most deadly storm on record was a 1969 blizzard that killed 42, defying predictions of sleet and rain. So basically, there’s good reason to be wary of predictions, whether they’re overblown or understated.

But what about this weekend? According to the data from the National Weather service, the average January produces 7.8 inches of total snowfall. Since there has only been 0.4 inches recorded in Central Park so far this month—representative of late snowfall across the country— and most weather prediction models are pointing to snow this weekend, we suggest dusting off your snow boots just to be safe. But as for wether or not the weather will merit “historic” predictions and a Juno-level of fanfare, you’ll have to wait and see.