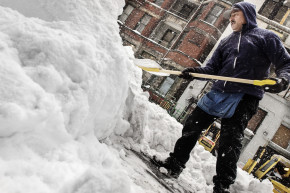 Weather Nerds Are Melting Down Over This Weekend’s Snowstorm

Meteorologists are starting to freak out, but should you? 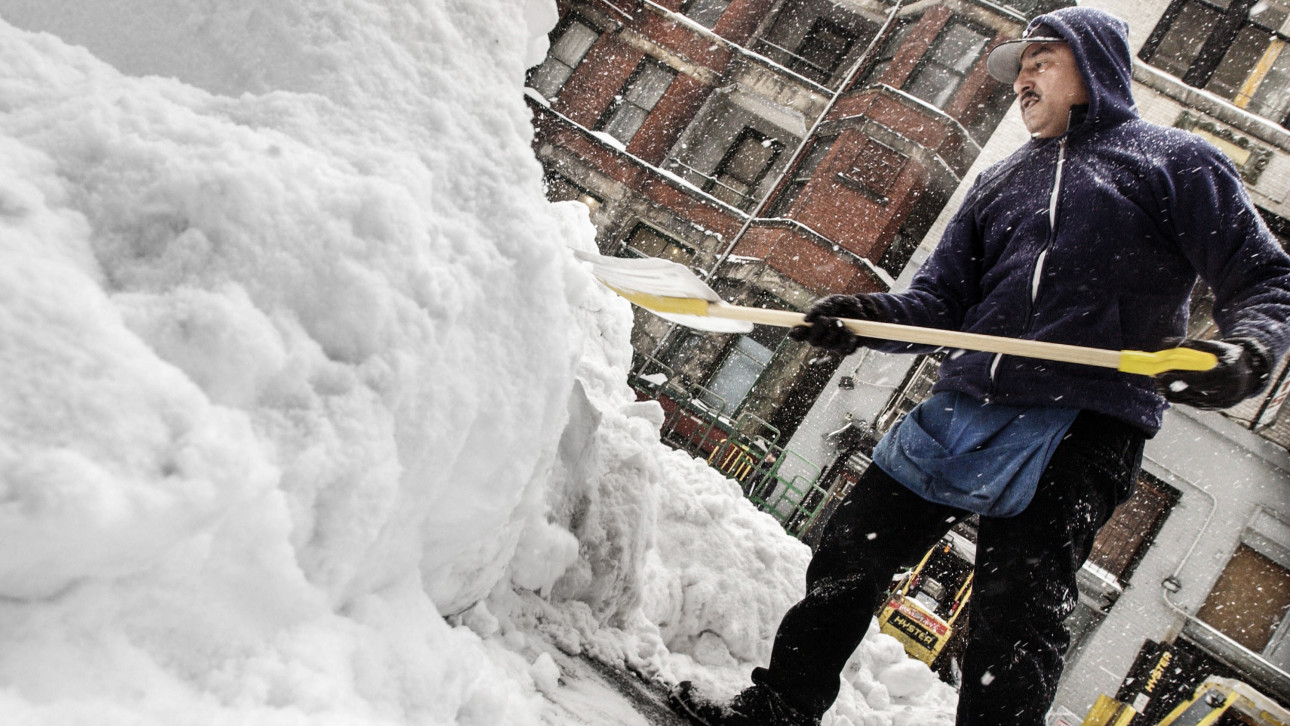 There is no way you’re as excited as the meteorology nerds about this weekend’s forecasted snowpocalyspe. Even though a monstrous dump of snow for the north-east is far from a certainty, professional and hobbyist weather-watchers are literally on the edges of their seats at the prospect of a winter beast—that could include 12 hours of near gale-force blizzards settling south of Long Island and “jackpot” snowfalls of up to two feet in New York City. This isn’t a flurry of excitement, it’s a total white-out.

While this year’s winter has been especially dry and mild so far, users of the American Weather forum are looking at models for the coming weekend and salivating. Predicting weather this far out is often a fool’s errand—the storm in question has a long way to travel before reaching the Atlantic seaboard—but that doesn’t stop the hypotheses from rolling in like a thick winter fog.

According to user Blizzardo, the Friday-to-Sunday storm could be a “HECS,” (Historic East Coast Snowstorm), guaranteed to be “one to remember wherever it hits.”

Ever since an entry on the potential storm was posted to the site on Monday morning, the weather-watchers have been circulating models, reminiscing over comparable storms from years gone by, and trying to predict when or if blizzard warnings will emerge. At the top end of the scale, some are predicting 20 inches of snow in New York, driven by winds of more than 30 miles an hour (with one model predicting winds of up to 80mph at the eastern end of Long Island.)

More This Is What Your Flagstaff Friends Woke Up To: Arizona Snow

If the predictions work out, a storm of this size could prove dangerous (if not simply inconvenient.) But the meteo-heads are reveling in it: “Not sure if it can get prettier than that…wide spread blizzard conditions,” user UlsterCountySnowZ wrote on Monday.

“Something magical is coming.” said long-time board member Tornadojay.

Weather models normally differ widely this far out from a storm. What has the weather watchers in a spin is how much agreement there is across the different models. “Trying my hardest NOT to weenie here,” said one forum poster “but I’ve never seen this much agreement, this far out… Ops, ensembles etc…it’s quit [sic] insane.”

While it’s all good fun to speculate, the storm-trackers might do best by doing at least a little bit of “weenie”-ing, and some are cautiously hedging their predictions. Last winter, when the epic snowstorm that wasn’t that made headlines by not hitting New York City right around this time last year, the city was largely shut down based on forecasts, much to the ire of New Yorkers put under meteorological house-arrest by public transportation shutdowns and a trigger-happy mayor. The storm was charted to slam the city by more than one weather prediction model, and was hyped to be a “crippling and potentially historic blizzard,” by the National Weather Service. Things shifted lated in the game, one of the ignored models proved to be the more accurate, and a global metropolis was stopped in its tracks by a storm that amounted to a light dusting of icing sugar. But this time it’s different, right guys?

This one may be my fault. Since last year's 'apology' storm, I've been saying the ECMWF owed me 18" of snow. It might have heard me. My bad.

It may still be a bit premature to break out the sled or cancel your weekend plans, one thing we can say for sure is that it’s probably a good idea to keep an eye on the report (or the meteorology message boards, if the idea of having to dig out your car happens to drive you mad with excitement). While AccuWeather.com states that the social media buzz has been “way over the top,” warning that it’s a bit early for forecast model accumulation charts to be dictating public perception, the commercial weather forecasting company has also jumped on the bandwagon, and is reporting on the storm’s potential.