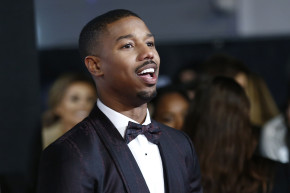 For the second year in a row, Twitter users lament the Oscars' diversity problem

The Oscar nominations may be one of Hollywood’s most anticipated events, but in recent years a new, more unsettling tradition has taken hold: the burst of anger and frustration that comes after the nominees are revealed yet again to be overwhelming white. Twitter erupted in a volcano of outrage, with the hashtag #OscarsSoWhite trending quickly after it became clear that not a single person of color nominated in any of the acting categories—just as it did last year.

The other major award categories were strikingly non-diverse as well, and that was enough to fuel roughly 132,600 mentions of #OscarsSoWhite in the 24 hours after the nominations were announced. More than 11,600 of those tweets contained the word “again,” hammering home the sad reality that while this year may be particularly bad (it’s the least diverse Oscars since 1998), it’s certainly not unusual.

In fact, a Vocativ data analysis of the racial makeup of acting nominees over the years found that the Oscars have had a strikingly bad diversity problem since their inception:

This year’s total lack of color certainly can’t be blamed on a lack of good options, and people have not been shy about suggesting alternatives that the Academy overlooked. Vocativ found popular support on Twitter for a number of Best Actor candidates:

The Best Picture category was another area of contention, with almost 10,000 people on Twitter were pro-Creed, and another 7,330 thought leaving Straight Outta Compton off the list was a huge snub—though ironically, its two white screenwriters received the movie’s only nomination. And, of course, the irony that the only nomination that Creed received was given to perhaps America’s whitest person, Sylvester Stallone, has not been lost on anyone.

#OscarsSoWhite that Rocky got nominated in a movie about Apollo Creed's son.

This outrage—and similar exasperation with the lack of women being included—has been a huge public spectacle for several years running, yet is seems to have resulted in zero actual change. It’s disturbing, but it’s important to remember it’s not just an issue of recognition.

As the Los Angeles Times points out, there’s also an awful lot of money at stake. There is clearly an institutional problem with the Academy of Motion Picture Arts and Sciences that they can’t seem to correct—no matter how much of a social media nightmare it causes. The Academy voters–who are lifers once selected–are still largely old, white men, and even though they’ve made a concerted effort to diversify their membership recently, it seems to have had little effect so far.

For now, we’ll just have to hope that this year’s host, Chris Rock, can shake things up by calling Hollywood out for being so out of touch with the real world.