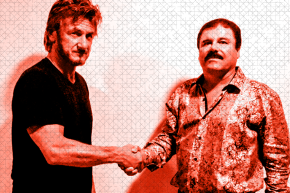 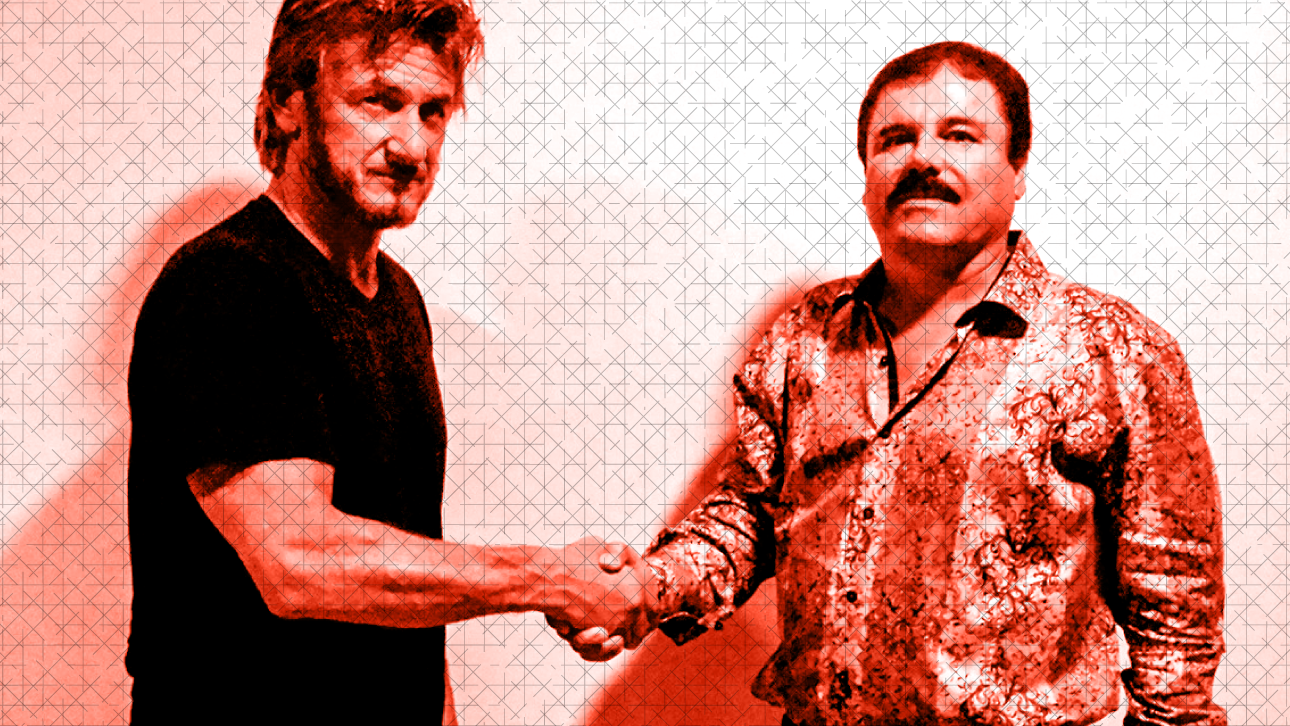 Sean Penn and Rolling Stone Magazine shocked the internet over the weekend when the actor revealed he’d met with the infamous Mexican drug cartel kingpin Joaquin “El Chapo” Guzman. The article Penn wrote about it includes a rare interview the drug lord granted Penn, conducted at a time when Guzman was at large after having escaped a Mexican prison in July.

An interview with a fugitive drug lord is a big get for any journalist (or “journalist” in this case), but readers are introduced to Penn’s penis several paragraphs before “El Chapo” turns up in the roughly 9,000-word story. There’s more in the piece on Penn’s paranoia and the circumstances he navigated to land the interview with the drug kingpin than about the escapee himself.

“Suspicious of every living or inanimate thing, I scan cars and drivers, mothers papoosing infants, grandmothers, peasants on the street, building tops, curtained windows,” Penn wrote of his initial trip to Mexico to meet the drug lord. “I search the skies for helicopters. There is no question in my mind but that the DEA and the Mexican government are tracking our movements.”

Penn is concerned drones are tracking his movements into “El Chapo’s” jungle hideout. He describes a meeting with the drug lord and wonders whether a weaponized drone is hovering above them.

“As thoughts of surveillance drones and military raids come back into my head, I re-engage the tequila and scan 360 degrees for where I and my colleagues may lay flat and find cover should we have been followed and a raid initiated,” Penn wrote. “In the darkness, it was difficult to imagine a safe place, and El Chapo’s world is anything but.”

Penn appears to be more paranoid about government surveillance than meeting the leader of one of the deadliest criminal organizations in the world. “I took some comfort in a unique aspect of El Chapo’s reputation among the heads of drug cartels in Mexico: that, unlike many of his counterparts who engage in gratuitous kidnapping and murder, El Chapo is a businessman first, and only resorts to violence when he deems it advantageous to himself or his business interests,” he writes.

Penn also introduces his apparent sidekick, a man he refers to only as “Espinoza,” who he describes as “the owl who flies among falcons”—at certain points, the two men “whisper to each other in code.” Penn talks about burner phones, often used for criminal and terrorist activity that are used a single time before being destroyed and discarded.

“My head is swimming, labeling TracPhones (burners), one per contact, one per day, destroy, burn, buy, balancing levels of encryption, mirroring through Blackphones, anonymous e-mail addresses, unsent messages accessed in draft form,” he wrote of his and Espinoza’s preparation to meet “El Chapo.”

In all, it takes Penn 29 paragraphs to get to the point where he actually meets the subject of his profile, and even then, the focus is on the actor.

“A local family caters a buffet of tacos, enchiladas, chicken, rice, beans, fresh salsa and . . . carne asada. ‘Carne Asada,’ an oft-used cartel term describing the decimated bodies in cities like Juarez after mass narco executions,” he writes. “Hence, I go for the tacos.”