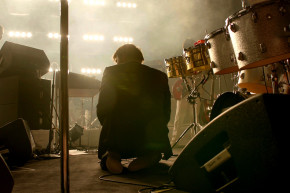 The band called it quits five years ago, but who's going to turndown the chance to headline? 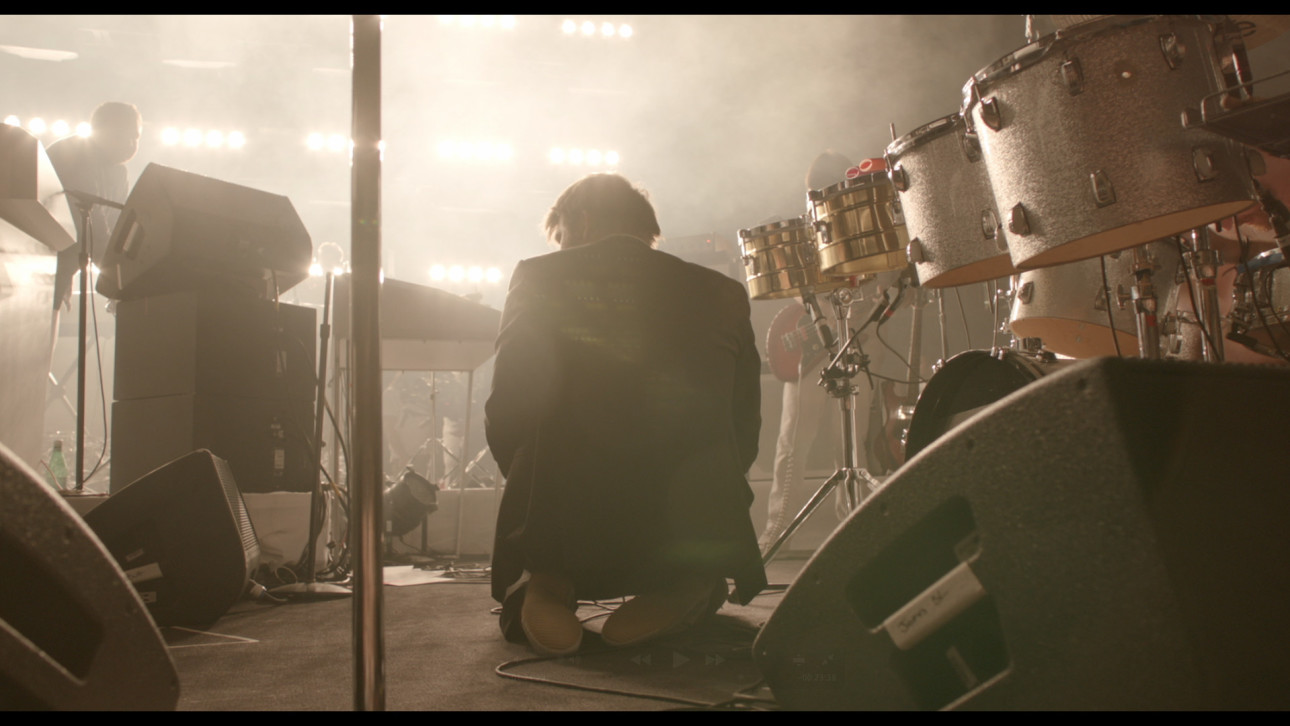 Coachella announced last night that once-defunct New York electronic group LCD Soundsystem will headline its 2016 festival, reuniting for the first time in five years. The DFA Records band broke up in 2011 because frontman James Murphy felt like the project had reached its end. It was over. Done and not coming back. What he told Pitchfork at the time is now silly given the Coachella news:

“It’s all just gotten bigger than I planned or wanted. Not that I’m against it but I don’t want to get bigger. What’s the goal now– get fucking huge? I don’t want to be a famous person. It’s fucking great where we are. I get on an airplane and nobody has any idea who I am. I just want to do other stuff. And since we know we’re not gonna do another record I feel freer to do the biggest shit I possibly can. Like, ‘Fuck it, we should play Madison Square Garden.'”

So the band played the Garden. But they didn’t just play the Garden. One night at the Garden sold out quickly, so they added four more shows at New York venue Terminal 5. They all sold out too. Audience members wore white and black at LCD’s behest. “If it’s a funeral,” the band’s announcement of the final show said, “let’s have the best funeral ever.”

The show and its ramp up was documented in Shut Up and Play the Hits, a documentary that made it into Sundance in 2012. That was supposed to be the last nail in the coffin. Murphy reiterated in a Facebook post in 2013 that the band absolutely would not reunite.

And for awhile, Murphy seemed to be telling the truth. He did the types of things old musician-types do in retirement. He played some DJ sets. He acted in a movie called (just like the LCD song) Losing My Edge. He helped produce Arcade Fire’s 2013 album, Reflektor. He made music with sounds from the 2013 U.S. Open. He made more music with New York City subway turnstiles. He made his own kind of coffee with Blue Bottle. This year, he opened a wine bar in Williamsburg, Brooklyn. He became a dad.

Murphy has been occupied enough, which might make the reunion seem cynical or paradoxical, but he’s only one of three core members of the band. There’s also Nancy Whang and Pat Mahoney, as well as a half a dozen or so of their friends who collaborate and tour with them who don’t have the kind of secondary cash flows their buddy James Murphy does. It’s a chance for them all–and not just the band’s most famous face–to make a lot of money fast. Murphy explained on the LCD Soundsystem blog today that he wanted to make music, but he preferred to do it as LCD Soundsystem. But he wasn’t going to call it that if his bandmates weren’t involved:

“so i asked pat and nancy to come over to my apartment for coffee and told them: “i’m going to record some music. should i make up a band name, or make a “james murphy” record, or should it be LCD?” we all thought a good amount about it. we have had lives for the past 5 years, which has been nice, and those guys have made amazing music with Museum Of Love, the Juan MacLean, and all sorts of other things. i’d managed to do a bunch of fun, dumb stuff which mostly annoyed people who were into the band because, well, subway turnstiles and a coffee aren’t LCD, basically. at any rate, they both said “let’s make an LCD record”. you see, if they didn’t want to, which i’d half assumed, then there’s no such thing as LCD. imagine this: me making a record, calling it LCD, and then you go to the show and there’s just some guy playing drums over there, or some other person playing keyboards. horrifying.”

So if they’re going to reunite, Coachella is a good launchpad as there is, both in terms of the size of the audience (the biggest there is) and the amount of money it makes (the most of any festival). Coachella started in 1999 as a little four-stage, 35,000-person capacity event in Indio, California. Since then, it’s grown to become the highest-grossing festival in the U.S., boasting the likes of Drake and Kanye and Paul McCartney as headliners in years past. Coachella is now so big that it’s held on two weekends in April with the same lineup each time. According to Billboard, last year it grossed $84.3 million from ticket sales, selling out each weekend’s capacity of 99,000. In 2015, Coachella broke attendance and sales records it had set the year before, and it has remained in this top position for the past four years. Passes last year cost between $375 and $900, and for the past seven years, the festival has sold out before the lineup is even announced. Although that’s a bit of a relative statement—the festival is selling another run of passes tomorrow morning. The bottom line is the festival is huge, and it’ll probably be even bigger this year. Why would you not reunite at Coachella?

It’s a publicity gold mine. People pay attention to Coachella because they’re promised some kind of big gimmick like an LCD reunion, or as legend predicts each year, a surprise appearance by Daft Punk. It’s safe to assume Justin Bieber will show up at a Chance the Rapper set. Or that Madonna will appear on stage with Drake and they will make out. “Surprise” guests are an inevitability, as are appearances from bands that aren’t supposed to exist anymore. Similarly, Guns N’ Roses will play Coachella this year with both Slash and Axl Rose. It obviously doesn’t hurt either band that they’re performing alongside a whole slew of bands of different genres with different target demographics that include the likes of Calvin Harris, Sia, freaking Ice Cube, Jack Ü (meaning Justin Bieber again), Rae Sremmurd, and so many more. Who would say no?

You’d think the guy who shut down a band five years ago because he said he didn’t want it to get bigger might be the one guy to say no to a Coachella headline spot. Five years away is not quite long enough to even call something a comeback. Although it depends how you look at it, and Murphy continued in his post today that’s this is not a “victory lap”; LCD Soundsystem is back from the dead.

There’s a bit of a parallel between LCD Soundsystem and Outkast’s Coachella appearances. The Atlanta hip hop duo headlined Coachella in 2014, kicking off a 40-show run reunion that no one thought would actually ever happen and went on longer than seemed plausible. Outkast had time on their side, though. Andre 3000 and Big Boi hadn’t released a proper studio album since 2003’s Speakerboxx/The Love Below, and they had six albums worth of material sitting in their discography. Southernplayalisticadillacmuzik, their 1994 debut, was older than a large percentage of Coachella’s attendees. There was always also a chance their reunion would never happen, giving the reunion an air of excitement. Andre 3000 gave a 2014 interview with the New York Times that suggests it’ll probably never happen again. LCD Soundsystem wasn’t supposed to reunite either, especially after such a short time. But under circumstances like these, it’s hard to blame them.