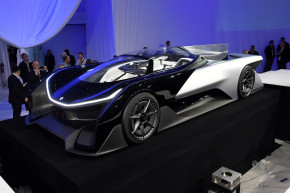 Your New Sci-Fi Dream Car Is Going After Tesla

Automotive company Faraday Future has only existed for 18 months, but it's already making waves in the industry 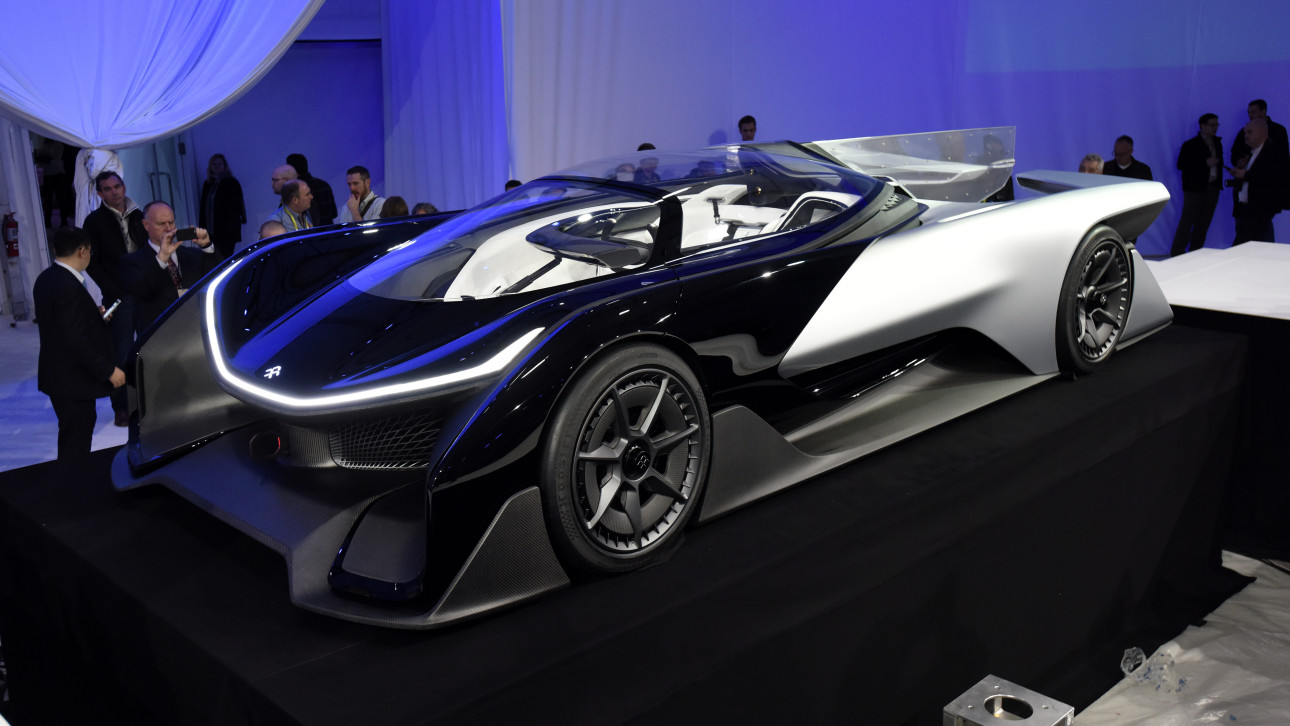 A secretive startup bent on disrupting Tesla has finally presented its vision for the future: an ultramodern race car concept it hopes will herald a family of electric vehicles to be built on a new kind of automotive platform. The fact that a company as young as Tesla, which was founded in 2003, needs “disrupting” speaks to how swiftly the American automotive industry is changing, following decades of stagnation.

At a Monday press conference at the Consumer Electronics Show in Las Vegas, California-based automotive company Faraday Future said that it aims to revamp mobility and do for cars what Apple did for mobile phones: change the way we use them and leave legacy competitors in the dust.

The company, which prefers to be called FF, is named for renowned English chemist and physicist Michael Faraday. But FF is more focused on the second part of its name: the future. Painting its vision in the broadest of strokes, FF has positioned itself as a juggernaut harnessing each of the forces nudging the automotive industry into its next age: battery power, autonomous technology, connectivity and in-vehicle entertainment.

“You don’t need to have a hundred-year legacy in the automotive industry to define what the next generation of cars could look and feel like.” — Nick Sampson

“You don’t need to have a hundred-year legacy in the automotive industry to define what the next generation of cars could look and feel like,” said Nick Sampson, FF’s senior vice president of research and development, who previously worked on Tesla’s Model S sedan and new Model X SUV.

The FFZero1 prototype, unveiled yesterday, features a tear-dropped aerodynamic profile and a driver’s seat with a 45-degree tilt. For the first time, there’s also a smartphone dock in the steering wheel. The prototype isn’t intended for manufacture, but instead is “an extreme test-bed for the fundamental ideas we’re working on,” said Richard Kim, the company’s head of design. “It’s an extreme tablet on wheels.” Previously, Kim helped design BMW’s all-electric i3 and i8 cars.

Until Monday, details about the startup—which has been quietly amassing talent from companies including Tesla and BMW—have been scant. Even the name of its CEO remains a mystery. But the presentation of its prototype—and a proprietary platform it calls VPA (vehicle platform architecture)—revealed that the company is fast-growing and far-reaching.

The modular platform will allow FF to build a family of vehicles—configured for different purposes from battery range to performance—while saving on time and costs. “Flip a couple switches and you could get a compact car or a pickup truck,” said Jeremy Carlson, an analyst at IHS Automotive. “You need a lot of expertise to build an internal combustion engine. EVs are, by comparison, a little simpler and easier to configure.” This is what could be a game-changer for the industry.

“Flip a couple switches and you could get a compact car or a pickup truck.” — Jeremy Carlson

Many automakers use global platforms to develop two cars on the same underlying structure. For example, the first generations of the Lexus ES were built on a Toyota Camry platform. But no automaker can produce all of its cars using a single system. FF’s system is the only one that claims to lengthen or shorten the distance between a vehicle’s front and back wheels while accommodating different drivetrain (the components that deliver power to the driving wheels) and performance options. Theoretically, FF would be able to produce a two-wheel drive sedan using the same equipment as a four-wheel drive truck—a first for automakers.

In an industry where it can take more than a decade to produce a design, FF’s greatest asset is its speed, Sampson said. Formed 18 months ago, the company has already amassed a global workforce of 750, with more than 70% of its employees based in California. It also has the money to move quickly—it’s backed by Chinese billionaire Jia Yueting, the chairman of LeTV, an Internet video service referred to as the “Netflix of China.”

In contrast, Sampson noted, Tesla began selling its flagship Model S luxury sedan nine years after the company launched, even though “Tesla moves at breakneck speed compared to the rest of the industry.”

Though it did not give a specific timeline for its first production vehicle, FF is set to break ground in a few weeks on a billion-dollar factory outside of Las Vegas. However, the company may already be facing growing pains: Bloomberg reported hours before the reveal that its chief battery architect, Porter Harris, departed FF days before the trade show.

It’s difficult to know whether FF will become a formidable rival to Tesla or go the way of Fisker Automotive, which folded five years after debuting its first and only product, the plug-in hybrid Fisker Karma, at the North American International Auto Show in 2008, Carlson said. “It takes a long time still to develop, design and produce a vehicle and get it into peoples’ hands.”

Carlson added, however, that companies like FF don’t usually concern themselves with blunders of the past.

“New companies are unencumbered by whatever history the automotive industry has,” he said. “They force the legacy companies to change. Everyone likes to see a new player.”