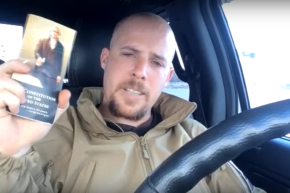 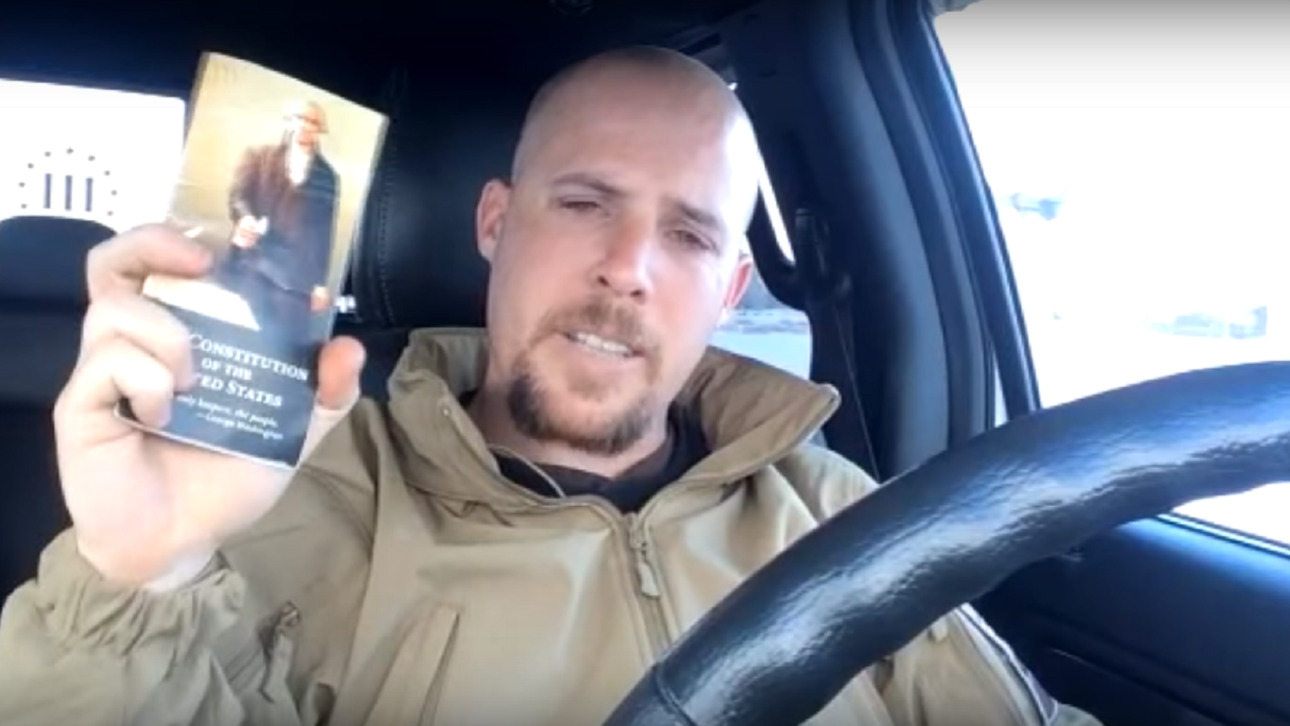 Jon Ritzheimer angrily shakes a copy of the US Constitution. — Blaine Cooper/YOUTUBE
By Jacob Steinblatt
Jan 03, 2016 at 12:07 PM ET

Blogs and official social media pages affiliated with two of the largest armed anti-government movements, the Oath Keepers and the Three Percenters, reveal that movement leaders are emphatically opposed to the militia-led occupation of a building on an Oregon wildlife reserve, Vocativ found.

Ammon Bundy, son of Cliven Bundy, the Nevada rancher who participated in an armed standoff with police over cattle grazing rights in 2014, and Jon Ritzheimer, the former Marine who organized a “Draw Muhammad” cartoon contest outside of a Phoenix mosque in May, are among the armed men holed up in Malheur National Wildlife Refuge in eastern Oregon. The armed men seized the building after a peaceful protest in the nearby town of Burns, Oregon.

According to The Oregonian, estimates of how many men are involved with the occupation vary widely, with militia members claiming 150 occupiers and reporters on the scene estimating as few as 15. The occupying militia is protesting the sentencing of two local ranchers, Dwight and Steven Hammond, who were convicted in 2012 of setting fire to federal land adjacent to the family’s ranch. The two were ordered to report back to prison after a judge ruled that the sentences they initially served for the arson were not long enough.

The Oregon chapter of the Three Percenters released an official statement on Facebook offering support to the Hammond family, but they distanced themselves from the occupation of federal property: “Unbeknownst to the Idaho 3%, Oregon 3%, it’s [sic] leaders, associations, rally participants, or the citizens of Harney County; these actions were premeditated and carried out by a small group of persons who chose to carry out this takeover after the rally. The 3% of Idaho, 3% of Oregon, The Oregon Constitutional Guard, and PPN organizations in no way condone nor support these actions. They do not mirror our vision, mission statement, or views in regards to upholding the Constitution, The Rule of Law, or Due Process.”

The Oath Keepers posted a similar statement on their website and social media accounts, making it clear that the Hammond family does not want militia protection or to incite an armed standoff with authorities: “In the Hammond case, there is no clear and present danger of the family being mass murdered, there is no stand off, and the family has no intent of starting one … If you want to go protest, by all means do so … but do not allow yourselves to be roped into an armed stand off the Hammonds do not want.”

A major blog affiliated with the Three Percenter movement had much harsher words for the occupying militia members, calling them “federal provocateurs, sociopaths and idiots with a John Brown complex.”

Not all members of the anti-government movements agree, however, as several people affiliated with major militia groups proclaimed their support for the occupation. One fan of the Oath Keepers commented on the group’s Facebook page, saying, “This is exactly why the government rules.. too much cowardice going on.” Several others repeated the charge, with one commenter criticizing the Oath Keepers’ opposition to the occupation: “Ammon Bundy is a leader among patriots who defend Liberty; he puts words in action and Oath Keepers dishonors that by playing safe, dividing and trying to distance themselves. We must unite.”