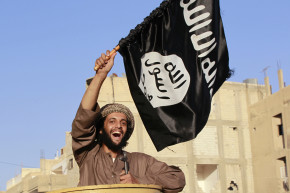 ISIS By 2015’s End: Battered, But By No Means Beaten
By Shane Dixon Kavanaugh

The Islamic State lost cities, leaders and a leading revenue source during the final months of this year. But will that be enough to stop the terror group's global reach?

The near-complete liberation of the western Iraqi city of Ramadi from ISIS fighters this week marked the culmination of a string of setbacks for the terror group across Syria and Iraq. After months of surging momentum, the Islamic State has been forced repeatedly to relinquish cities and territories to Iraqi, Syrian and Kurdish forces. Its lucrative oil fields have been annihilated. One by one, senior operatives have been picked off.

Though it’s lacked a decisive level of shock-and-awe, the U.S.-led campaign has steadily chipped away at ISIS’ self-declared caliphate throughout 2015. The coalition got its first break in January when Kurdish fighters—backed by western warplanes—drove ISIS militants out of the northern Syrian city of Kobani. The offensive dealt a symbolic blow to the terrorist group, and the strategy mix of local forces and heavy air power went on to become the formula used to recapture vast swaths of territory from ISIS, including the towns of Baiji, Sinjar and most recently, Ramadi.

Despite the jihadists’ speedy takeover of Palmyra, an ancient city in Syria, and its six-month hold over Ramadi, it lost roughly 14 percent of its territory in 2015, according to an analysis by IHS Jane’s, a U.K.-based defense and intelligence firm. As fighting by coalition forces intensified, ISIS also suffered critical blows to its revenue streams and leadership, claim U.S. officials.

The flood of bombs and missiles that began targeting ISIS oil production in November has reduced its operation by 90 percent, U.S. military officials said last week. At its height, oil sales generated up to $500 million a year for the Islamic State. On Tuesday, the Pentagon announced that coalition airstrikes killed 10 “senior” Islamic State officials.

“They’re getting the living hell pounded out of them,” said Patrick Skinner, a terrorism expert and former CIA case officer. “It’s undeniable that ISIS is ending the year in much worse shape than they began.”

Some of the terrorist group’s appeal may already be waning. Hundreds on Twitter this week openly mocked and derided Abu Bakr al-Baghdadi after the ISIS leader purportedly threatened Israel and called on Muslims to join his jihadist organization. The audio message, which was released on Saturday, received far less support than Baghdadi’s previous call to arms.

But as ISIS takes a beating back home, its notoriety abroad has managed to only grow. The group’s steady stream of brutal, highly-publicized executions kept the Internet and news outlets around the world flush with violent propaganda. All the while, its budding franchises in Nigeria, Afghanistan and other far-flung locales continue to add jihadist fighters to their ranks. Some analysts and U.S. officials, in fact, now believe that ISIS is building a fallback base in Libya, should it suffer further defeats in Syria and Iraq.

ISIS’ setbacks on the battlefield may also be eclipsed by its proven ability to bring its brand of terror to Europe and the United States. The Paris attacks in November demonstrated how its fighters were able to plan and orchestrate a multipronged assault virtually undetected. The subsequent massacre in San Bernardino, California revealed a reality that to some is even more frightening: terrorists like Tashfeen Malik and Syed Farook don’t need to be in touch with ISIS to do its bidding. They don’t need a passport, training or even funding to inflict widespread mayhem.

Those ISIS successes—and the fear they’ve instilled—may help explain why so few believe there’s been real progress made against the group. A CNN-ORC poll released this week found that only 33 percent of American approved of the way in which the Obama administration has handled ISIS, a figure that hasn’t changed in the last six months.

“They’re probably never going to get credit for success,” Skinner said. “People are worried about the things they can’t defeat.”