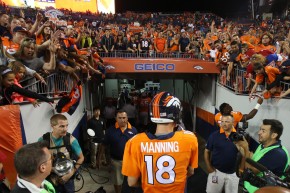 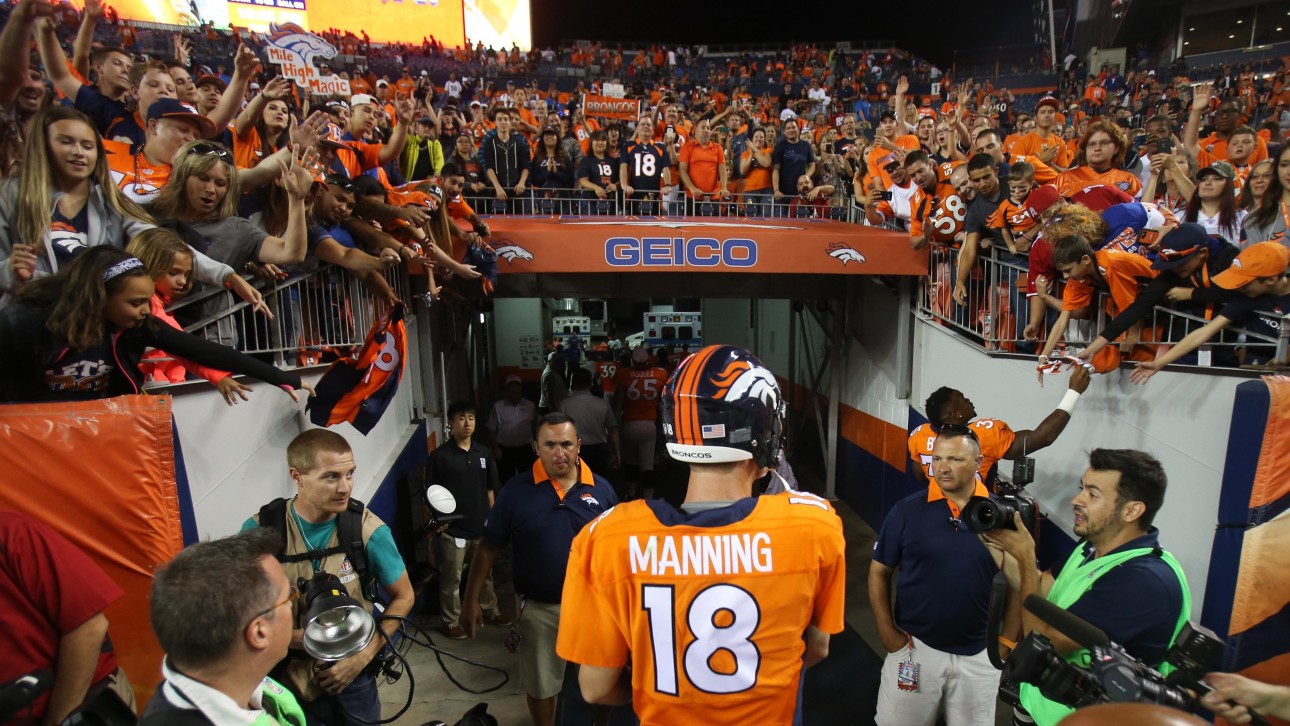 Amid the flurry of denials and outrage following Al Jazeera’s report alleging that Peyton Manning, the Denver Broncos’ star quarterback, procured an unknown but substantial amount of human growth hormone (HGH) in his wife’s name, one scans as particularly dubious.

The NFL’s testing protocol for HGH didn’t start until 2014, following three years of haggling with the NFL Players’ Association. So, despite Fleischer’s statement, the fact that Manning didn’t flunk a non-existent test from 2011 to 2014 doesn’t really support his claim of his innocence.

Furthermore, out of the 790 HGH isomer tests administered by the league in 2014, the NFL’s crack team of drug enforcers managed to snare a grand total of zero players. Why? Because the current test for HGH is widely considered a joke, a system so easy to beat it prompted Travis Tygart, the CEO of the U.S. Anti-Doping Agency, to tell ESPN, “You pretty much have to be a fool to test positive” at a team facility.

“Per the new NFL policy, five teams are selected weekly for HGH testing, with eight players from each team required to give blood. Players can be tested at any time while at team facilities—except on game days—or away from team facilities with 24-hour advance notice,” Matt Chaney wrote at VICE Sports, pointing out the system’s numerous flaws. “As a result, players basically can inject HGH on game days with impunity. As for off-days and the offseason? They’re safe doping zones as well, given the 24-hour advance notice and isomer test’s 10-20 hour detection window.”

Vocativ spoke with Dr. Don Catlin, a retired UCLA Professor of Molecular and Medical Pharmacology, founder and director of the UCLA Olympic Laboratory and the Chief Science Officer for Banned Substances Control Group. He said that the NFL’s current test “is not that good.”

Given the amount of notification and days in which players know they’ll be free and clear, “They’re not going to find much,” he said.

There is a more effective test, the biomarker test, which is able to detect the presence of HGH up to 21 days after it is injected, but its implementation by the World Anti-Doping Agency(WADA) has been delayed for reasons that remain unclear. Adolpho Birch, the NFL’s senior vice president for labor policy, told Bleacher Report that he expects the NFL to add biomarker testing in the offseason, but its implementation remains unofficial.

“I don’t know why they’re holding back on it,” Dr. Catlin said. “But it is a better test. It’s longer lasting. But WADA has all the data, and there must be something in that data that’s causing them to hold back.”

WADA did not respond to Vocativ’s request for comment. They did, however, provide a statement from director general David Howman. “In particular with the NFL, we have been offering guidance to enhance, and increase the transparency of their testing program,” he said. “We would of course welcome increased collaboration with the leagues and their Players’ Associations to discuss appropriate enhancements that could be made in support of clean athletes.”

That’s all well and good, if we’re operating on the assumption that the NFL and NFLPA actually want to eliminate HGH use by players. Chris Kluwe, a former punter for the Minnesota Vikings turned author, says “The NFL doesn’t want to fix it, they just don’t want to look bad.”

“I think the NFL isn’t really that interested in catching guys as long as they don’t make a scene about it,” he said. “I think that’s something they’ve established with the street drug policy, where it’s basically, if you’re stupid enough to get caught—with marijuana or cocaine or whatever it happens to be—then you have a problem and you’re going to make the league look bad. If you’re smart enough to know that they test once a year, then you’ll never get caught. And the NFL doesn’t want to know.

Kluwe said he heard rumors about HGH use when he was with the Vikings about a number of players, including one of the players named in the Al Jazeera report. Kluwe also mentioned a player who has previously been suspended by the NFL for a violation of the league’s drug policy.

“When you’ve been in the NFL and you see how guys develop, it’s pretty easy to spot the anomalies,” he said. “How you play in college, what your weight is in college, is generally a very good indicator of what you’ll be in the NFL. You see guys all of a sudden put on 15 pounds of muscle or they get faster or they hit harder.”

By Kluwe’s estimation, one that he admits is based entirely on speculation and locker room rumors, about 35 to 40 percent of the league is currently using HGH, often just to be able to get out on the field.

“A 17-week season is a long season,” he said. “There’s a lot of stuff that can go wrong with your body in that time If you’re playing [the] running back position or linebacker or on the line, you’re getting into what, 30 car accidents every game?”

However, Kluwe is not advocating for a ban. His preference would be that there was a level playing field, and that the NFL and the NFLPA would work together to legalize and regulate the use of HGH, making sure that the best scientific practices are used to determine the potential long-term health effects.

That too remains an unknown, given the lack of epidemiological data for clinical studies, but prolonged usage may trigger Acromegalic symptoms along with an “increased risk of development of diabetes mellitus and hypertension that can lead to premature mortality from cardiovascular diseases,” according to a 2006 NIH study.

For now, HGH use by NFL players is going to remain underground, with the Ari Fleischers of the world forced to cobble together nonsensical denials that repeat “Al Jazeera” four times in a single press statement, as if to perhaps prey on the idea that the report is indicative of a nefarious, anti-American motivation behind the allegations.

And yet, the system works.

“It comes down to PR,” Kluwe said, explaining why the NFL and NFLPA would maintain the status quo. “The NFL’s making money hand over fist. They feel that they’ve been successful up to this point, so why change anything? As long as they can sell this story, it doesn’t matter if it’s true or not.”