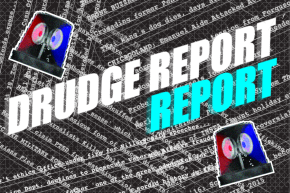 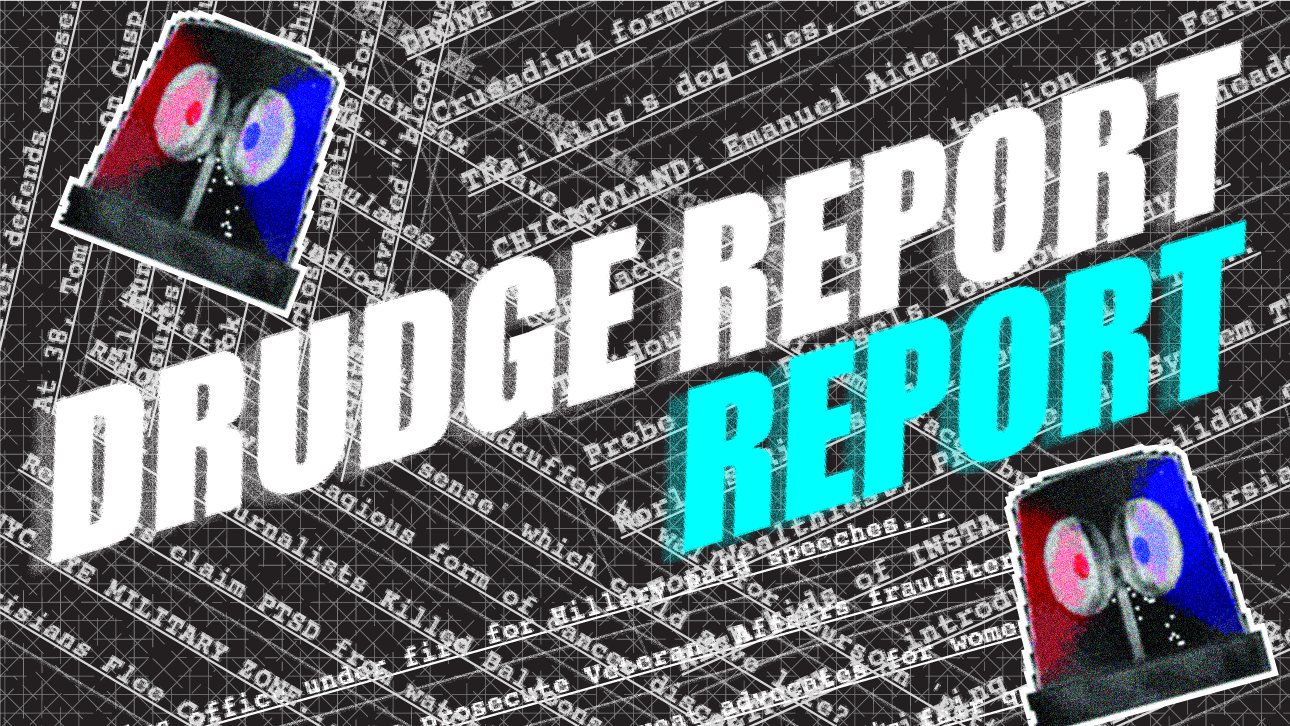 In the fast-changing world of online news, there’s one constant: Matt Drudge and his Drudge Report. Nearly 20 years after it was launched, the site remains an undeniable powerhouse, driving millions of visitors to dozens of competing news sites each day.

To better understand and document the continuing and significant influence of The Drudge Report and its founder, Matt Drudge, Vocativ analyzed a public archive of the site maintained independently by a third party and sifted through all of the 28,499 unique links featured on the site in 2015. The Vocativ analysis reveals the site that Drudge consistently links to far more than any other: Yahoo News.

Almost 10 percent of the unique links on Drudge in 2015 (a total of 2,666) sent readers to Yahoo News. The dominance of the site on Drudge becomes even more apparent in a month-by-month analysis. In nine of the twelve months of 2015, Yahoo News was the site Drudge linked to most frequently. And that’s not even counting other Yahoo brands to which Drudge linked, such as Yahoo’s sports and finance sites.

“[Matt] Drudge basically tells the conservative base, but also the American media, ‘Hey, this is what’s important. This is newsy. This matters,’” CNN’s senior reporter for media and politics, Dylan Byers, told Vocativ.

More than that, Drudge has helped shape the current media landscape. “He has a pretty keen sense of certain kinds of stories and how to make them pop,” said NPR media correspondent David Folkenflik. “He became one of these new generation gatekeepers for what defined a story, particularly on the conservative side of the ledger. He was one of those people who could look down into a story and say ‘you know, that thing in the 17th paragraph is really most interesting.’ A lot of people took their cues from him.”

Drudge itself attracts 2 million unique visitors per day, driving more than 600 million pageviews per month, according to Quantcast, but because it’s a page of links, a large chunk of those users go straight on through to his top recommendations. Drudge sent 62 million readers to CBS Local sites between January and July (that’s like directing the entire population of Italy to one website) and 64 million visitors to CNN, according to data from SimilarWeb. Drudge was the number one traffic referrer to The New York Times, The Wall Street Journal, Fox News and a host of other outlets, outside of social media and search referrals. Drudge also accounted for 52 percent of all referral traffic to the Associated Press last year, according to a report from SimilarWeb (caveat: that report was produced in partnership with Intermarkets, Drudge’s longtime ad agency, and SimilarWeb only uses a sample of traffic, albeit sizeable).

Visitors typically spend 37 minutes browsing Drudge, versus an industry average of just 2.5 minutes, and its bounce rate—the percentage of visitors who leave the site after viewing a single page—is 43 percent, versus the wider average of 64 percent, according to SimilarWeb.

In the media world, where traffic numbers have a direct impact on advertising sales, the funnel of visitors sent by Drudge can be significant. Drudge sent 87 million visitors to news.yahoo.com in 2014, according to Intermarkets. One former cable news executive producer told Vocativ: “Drudge continues to set the agenda for us. Drudge also has a huge impact on traffic. It’s a good day when a story gets posted on that site.”

The cold shoulder from Drudge can be just as significant.

One major news site saw no love from Drudge in 2015, Vocativ found. Though he maintains a link to it on his blogroll, we could find no evidence that Drudge had linked to a single story produced by the Huffington Post over the past year. The Huffington Post was originally founded by Arianna Huffington as a sort of liberal alternative to Drudge, and Andrew Breitbart, who worked for years for Drudge and remained close to him until Breitbart’s death in 2012, helped start it. Huffington Post declined to comment for this story.

As the rest of the news industry has clambered toward mobile apps, multimedia content and even virtual reality, Drudge’s approach is remarkably unchanged. The website looks almost exactly the way it did when it was launched in 1997. “It doesn’t ask a lot of its readers … By being very old school, there is a simplicity and a clarity to the brand,” Folkenflik said.

Methodology Note: For the purpose of our analysis, Vocativ considered all links on The Drudge Report between January 1 and December 31, 2015. Drudge sometimes includes multiple links to a single article, mentioning different aspects of the story with each link, which Vocativ’s analysis only counted as a single link. There’s also a small amount of repetition we can’t account for in a data set so large. In rare instances where the first link to an article that Drudge posted was bad, and he replaced it, we counted that twice.