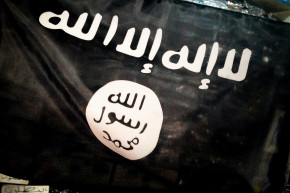 "We keep hearing of the arrest of many brothers and sisters, this is (a) disaster. Don't join groups!"

ISIS extremists who use the encrypted Telegram messaging app to plot and communicate are panicking over the recent arrests of adherents who all belonged to the same messaging group, Vocativ has discovered.

“We keep hearing of the arrest of many brothers and sisters. And mainly linked to 1 group on telegram. This is (a) disaster,” an ISIS follower warned in a post published late Saturday. “Almost everyone in a telegram group was arrested because 1 of them got caught.”

“It’s like a string that pulls everyone else with it in the group,” the ISIS supporter added. “Don’t ever share personal information in a group. Better yet. Don’t join groups! Nothing better for you than being a lone wolf!”

ISIS has been increasingly using Telegram because the messaging app, based in Berlin, allows users to send encrypted messages between one another. In late October, a local Egyptian news site reported that security forces had arrested 150 members of ISIS branch in Egypt after monitoring their activity in the app. Still, Telegram is more difficult for law enforcement officials to monitor than Twitter and other mainstream social media platforms. Telegram had rarely banned users for distributing violent content or propaganda until the Paris attacks in November. Following the massacre, Telegram blocked 78 Islamic State-affiliated channels in 12 different languages.

Fearing a bigger crackdown by authorities, the ISIS supporter who warned fellow adherents on Telegram via Saturday’s post advised: “If you must be in a group, keep changing your ID and number and name. No one has to know details about you. If anyone gets arrested, get out of the group asap, change your account completely.”