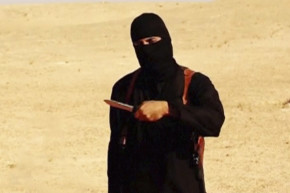 Why Killing Top ISIS Henchmen Won’t Slow The Group Down

The White House loves to tout the deaths of top ISIS leaders, but the organization's ideology is still bringing fresh recruits

The president touted these names—as well as the claim that ISIS has lost 40 percent of its previously held territory—as evidence that his administration’s counter-ISIS strategy is working, even if progress is slow.

“The point is, ISIL leaders cannot hide,” Obama said, using an alternative name for the group. “And our next message to them is simple: You are next.”

In the 14 years the United States has been waging its war on terrorism—from al-Qaeda to ISIS—the White House has regularly announced when it’s killed a top leader—whether in Iraq, Pakistan, Yemen or Somalia. Except for high profile targets like Osama bin Laden or Anwar al-Awlaki, the names are usually completely unfamiliar to most Americans, and yet they’re still supposed to signify that the U.S. is chipping away at the world’s most dangerous terrorist groups.

Experts say that while killing senior leaders can help thwart a terrorist group’s ability to launch attacks in the near term, it does little to diminish the appeal of jihadist ideology. Al-Qaeda may be weaker than it was in its heyday thanks to U.S. military drone strikes, but the number of foreign fighters flocking to join ISIS in Iraq and Syria has more than doubled in the last year to at least 27,000, according to a new report from the Soufan Group, a security consulting firm based in New York.

More Get Used To The Islamic State

That’s because taking out senior leaders does nothing to address the root causes that led to the creation of ISIS and groups like it, said Barry Pavel, a former senior national security official in the White House and now the director of the Brent Scowcroft Center on International Security at the Atlantic Council.

“The root causes are the complete and deep dysfunction in the societies and polities across the greater Middle East,” he said.

Governments lack legitimacy, people feel alienated, unemployment is rampant in a region with an enormous youth population, and there are “huge perceptions of the U.S. as a major malevolent actor,” Pavel said. “And you won’t achieve any sort of fleeting victory unless you get to the root causes, but until you get there, you have to stop the group from planning, training and launching attacks.”

That’s where killing the group’s leaders can be effective, he said. “I think sometimes there’s a knee-jerk reaction that it doesn’t matter who you take out in these networks because someone will come in and pop into their place. To an extent, that’s true, but when you get rid of some really key people in some really key places that can have an effect.”

Today, ISIS dominates headlines and the presidential campaign, but few Americans have ever heard of the men Obama listed on Monday at the Pentagon — and they likely have no idea what role they had in ISIS’ operations.

Abu Sayyaf, believed to be Tunisian, wasn’t the most important of them all, but the raid that killed him is probably the most significant because U.S. forces gathered significant intelligence during the operation, a senior administration official told Vocativ on condition of anonymity because he’s not authorized to speak publicly.

Sayyaf was described as the Islamic State’s “emir of oil and gas,” while others said he was more of a mid-level leader. He was killed during a U.S. Special Forces raid in eastern Syria in May. Seizing laptops, cellphones and other materials, troops reportedly gained valuable information about the group, including its leadership structure and financial operations. His wife, who was captured during the raid, was interrogated. American hostage Kayla Mueller was reportedly held there and abused, along with two girls who’d been captured as sex slaves and set free after the raid.

But all of that intelligence had to be acted on immediately, because ISIS leaders would have known they’d been exposed, said Thomas Sanderson, director of the transnational threats project at the Center for Strategic and International Studies. This would force them to change phones, locations and anything else that might have been compromised.

Of the other men Obama listed, the senior administration official said it was difficult to say which one represented the most significant loss for ISIS. It would come down to Haji Mutazz, described by Obama as ISIS’s second-in command; Junaid Hussain, a top online recruiter; and Abu Nabil, the leader of ISIS in Libya, the official said.

Mutazz, described by the White House as head of ISIS operations in Iraq, was killed August 18 in a drone strike near Mosul. A year earlier, he reportedly led the offensive on Sinjar Mountain in northern Iraq and helped plan ISIS’s successful capture of the city of Mosul. His real name was Fadhil Ahmad al-Hayali, but he also went by Abu Muslim al-Turkmani.

A lieutenant colonel in the Iraqi army under Saddam Hussein, Mutazz joined al-Qaeda in Iraq—the precursor to ISIS—following the US invasion in 2003, and was detained at the U.S. military prison, Camp Bucca, along with ISIS leader Abu Bakr al-Baghdadi and several others who went on to become top ISIS commanders.

Within the administration, there is some frustration that the killing of a high-value target like Mutazz is not being advertised well enough and used to weaken ISIS’s image as all-powerful, Sanderson said.

But the little play that Mutazz’s death received could also signify that the White House and the Pentagon have learned that after years of taking out mid- and senior-level leaders, it’s not helpful to overstate their value, Sanderson said. “We killed the No. 3 in al-Qaeda five or six times, and what did that really mean?”

“Yes, it it is disruptive to the organization when you take out a senior leader. That individual is removed and someone of lesser quality replaces them, but that person becomes as good, most likely, through experience,” Sanderson said.

A target like Mutazz is a “mild propaganda victory for us, but of limited value, especially over time,” he added.

More How “Jihadi John” Became The Face Of ISIS

A 21-year old from Birmingham, England, of Pakistani descent, Hussain was a skilled hacker and played a key role in the group’s online recruitment. He was killed in August in an airstrike outside of Raqqa, eastern Syria.

The U.S. killed Nabil, aka Wissam Najm Abd Zayd al-Zubaydi, in a November airstrike in Libya. An Iraqi national, Nabil once led al-Qaeda operations in Iraq, but moved to Libya to grow the Islamic State’s presence there.

Without knowing the strength of Nabil’s deputies, it’s difficult to know how big a loss this will be to the larger group, Sanderson said. “Even if there wasn’t anyone close to him in quality, there soon will be because ISIS will send someone there because that’s an important outpost to them.”

The senior U.S. administration official acknowledged that all of these ISIS leaders could easily be replaced, but not necessarily by men as capable.

As for the other men Obama listed, Mohamed Emwazi is better known as “Jihadi John,” the British-accented, English-speaking executioner suspected of beheading American journalist James Foley as well as other hostages.

“This one of those where it feels good to get him, but it doesn’t really do anything because he’s probably not the only guy who’s willing to take someone’s head off,” Sanderson said.

Abu Saleh, killed in late November in Iraq, was described by the Pentagon as the group’s financial minister. Believed to be from Morocco, Saleh was also a legacy member of al Qaeda.

“He was one of the most senior and experienced members of ISIL’s financial network,” Pentagon spokesman Col. Steve Warren said at a briefing earlier this month.

Warren also reported the death of Abu Maryam, and described him as an ISIS enforcer “and senior leader of their extortion network.” Also in late November, the U.S. killed Abu Rahman al-Tunisi, who, according to the Pentagon, helped coordinate “the transfer of information, people and weapons.”

“These are good people to kill, but ISIS has a robust and resilient bureaucracy,” Sanderson said. “They know they have to have deputies and commanders to pick up where the other person left off.”