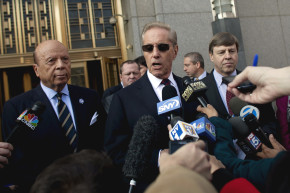 The New York Mets Operate Like A Ponzi Scheme 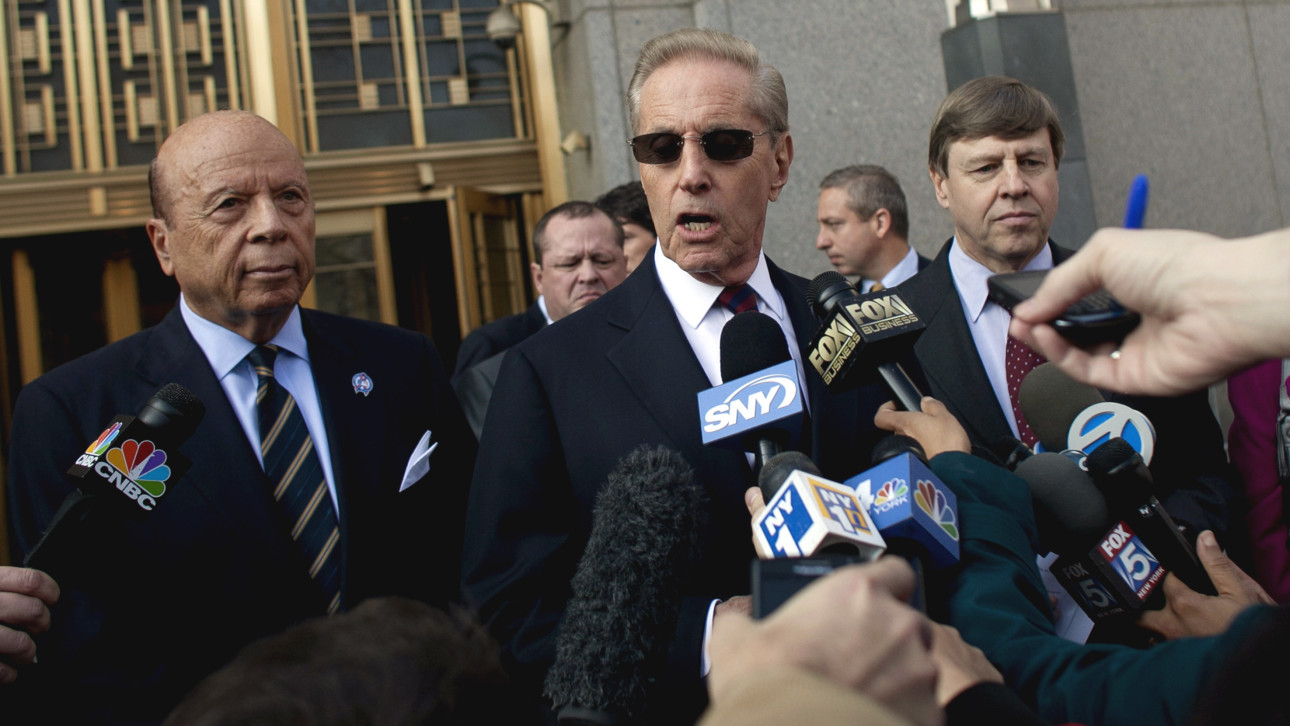 The Mets own the rights to the finest young stable of starting pitchers in baseball. Further, thanks to the strange economics of baseball—under which a player earns little more than the league minimum for his first three years and then enters a controlled arbitration process that limits raises for three years after that—the Mets’ quartet of great young hurlers will never be less expensive than they are now. The four—Matt Harvey, Jacob deGrom, Noah Syndergaard and Steven Matz, plus homegrown closer Jeurys Familia—will make around $9.5 million next year.

Considering how much it costs to buy pitching on the free agent market—the San Francisco Giants, for example, have a starting five that will cost $70,616,666 next season—this theoretically frees up the Mets to leverage their young, cost-controlled pitching with enough offense to dominate baseball for the foreseeable future.

But that’s not how this is going down. Because the New York Mets’ owners, Fred Wilpon and Saul Katz, are drowning in debt.

Back in 2008, the team’s investments with Ponzi schemer Bernie Madoff were discovered to be a fraud. More than $500 million in assets Wilpon and Katz thought they had—and had borrowed against—vanished. Accordingly, just to stay afloat, they needed to take out a $430 million loan against the team and $450 million against their majority ownership stake in SNY (a network started with a loan from Madoff, incidentally).

Ever since, the Mets have managed to get by annually by diverting revenue from their baseball and television operation into the financing of debt. Prior to the refinancing of the past two years, the annual interest on these two loans plus debt balloon payments of more than $43 million have exceeded team payroll itself.

The refinancing of the two loans has extended their due dates out five years, so this arrangement is set to continue for a long time to come. And the debt balloon payments run until December 2045, when currently youthful pitching ace Steven Matz will be 54 years old.

You can add in the settlement of the lawsuit brought by the trustee for the Bernie Madoff victims, Irving Picard. He sued Mets ownership, asserting they “knew or should have known” Madoff was a fraud. Ultimately, he settled with them once he determined that even if he won, Wilpon and Katz didn’t have the money to pay him. The settlement calls for payments in 2016 and 2017 that as of now come out to about $30 million each year.

That such an arrangement is not in the best interests of baseball cannot be debated. Fred Wilpon, in what was his most recent press conference back in February 2013, happily acknowledged having diverted revenue toward both corporate and family debt. This is precisely what led MLB to strip Dodgers’ ownership from Frank McCourt, but then-Commissioner Bud Selig instead empowered Wilpon and even provided an MLB loan. Selig then looked the other way when Wilpon didn’t pay it back on time.

Selig’s successor, Rob Manfred, has so far been unwilling to do anything about the arrangement either, noting recently that MLB teams ought to spend commensurate with their marketplace, but calling the fact that the Kansas City Royals have a higher payroll than the Mets a “fun fact.” Kansas City has a population one-fifteenth the size of New York City’s.

Meanwhile, the very best offensive free agents on the market, like Jason Heyward, are headed elsewhere. Yoenis Cespedes, the team’s best offensive player during their magical late-season run to the World Series, has been described as too expensive by team officials. Second baseman Daniel Murphy, the team’s best hitter in the postseason, has also been deemed too expensive. Instead, the Mets filled their hole at second base by trading Jon Niese, who provided pitching depth, for Neil Walker. That deal allowed the Mets to add a second baseman at revenue-neutral prices.

This off-season as a whole is a refutation of the public line by Wilpon and other senior officials that, should more revenue come to the Mets, they’d pass it on to consumers in the form of raising payroll. Per Forbes revenue estimates, the Mets were 27th out of 30 MLB teams in percentage of revenue spent on payroll last season. That was before the 2015 World Series run.

And yet, while estimates of their postseason revenue alone range from $45-60 million and attendance increased by 19.6 percent, along with ratings on SNY having reached rough parity with the Yankees (meaning the network can charge more for advertising) there’s no sign that virtually any of this money is going back into the team. As of now, the team’s free agent moves—re-signing Jerry Blevins and Bartolo Colon to one-year deals, and adding Asdrubal Cabrera on a two-year deal—are largely paid for in 2016 payroll by the unexpected retirement of Michael Cuddyer.

There’s no one to answer for this. Jeff Wilpon, team COO, hasn’t made himself available to a reporter since he was sued for sexually harassing a pregnant employee, Leigh Castergine, even though the suit has since been settled. Fred doesn’t talk on the record, either. The general manager, Sandy Alderson, is undergoing treatment for cancer. And the acting public face of the Mets, John Ricco, “doesn’t even know what the payroll is,” as one reporter familiar with the team put it.

So the Mets have been blessed with a once in a generation baseball opportunity while being cursed by the ownership of Wilpon and Katz, multiple-time victims of Ponzi schemes. Given how the team’s finances currently work, it appears they’re now running a Ponzi scheme of their own.