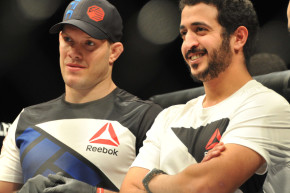 How Violent Royal Families Buy Their Way Into The UFC 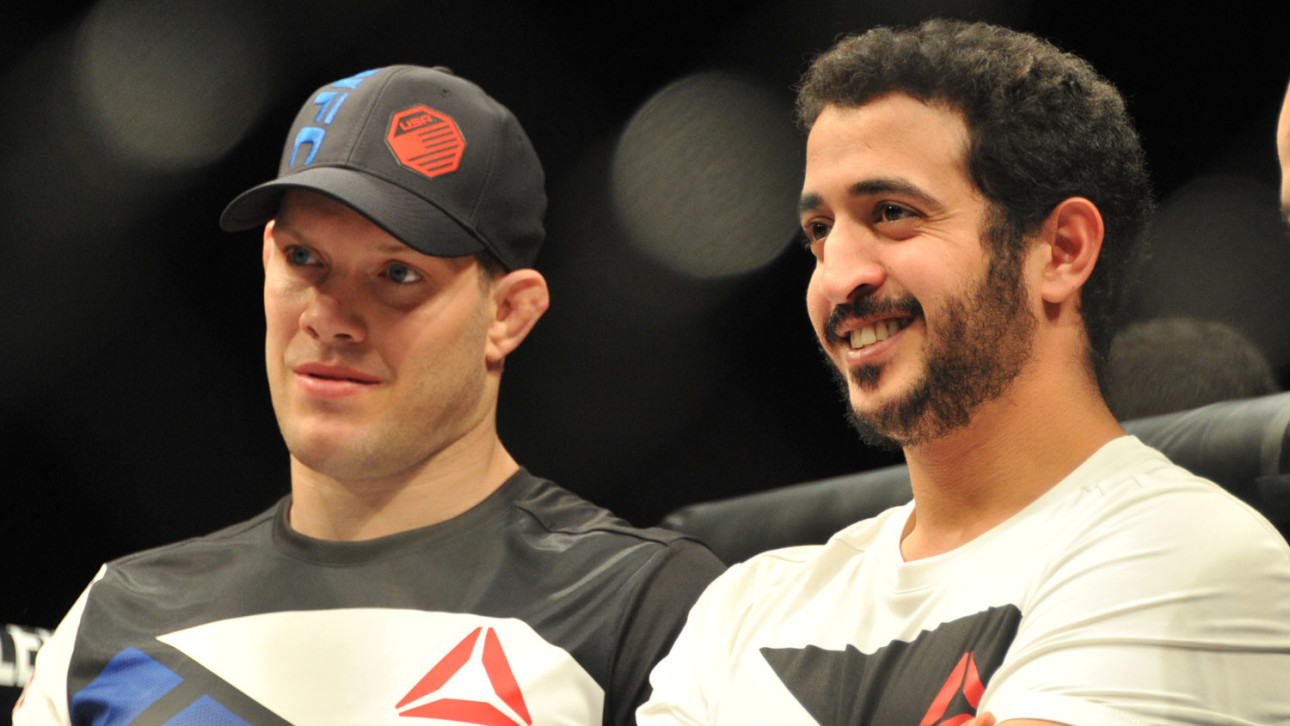 When Ultimate Fighting Championship star Frankie Edgar walked out for his main event bout against Chad Mendes last Friday, the Prince of Bahrain, Khalid Bin Hamad al Khalifa, was at his side. An odd pairing, perhaps, but not as uncommon as one might think.

Rich people buying their way into mixed martial arts circles is nothing new and hardly unusual. Elite MMA gyms like Blackzillians and American Top Team exist thanks to the largesse of power tool magnate Glenn Robinson and hotel executive Dan Lambert, respectively. There’s a social cachet to hanging out with fighters, and the wealthy are as anxious to look cool as anyone else (see: Justin Bieber’s friendship with boxer Floyd Mayweather).

But it’s different with al Khalifa. He’s an important figure in a royal family that has reportedly detained and tortured dissidents, suppressed Bahrain’s Shia majority and killed scores of protesters in recent years. Like with most Gulf monarchies, the bodies that the al Khalifas rack up don’t necessarily register in the West, and they really don’t register within the MMA community.

Sunni royal families such as the al Khalifas have a bit of an MMA obsession. The Shidokan Jitsu Warriors War event in 2001 was hosted with the help of Kuwait’s ruling House of Sabah. Royals in the UAE and Jordan have spent untold millions supporting elite Brazilian jiu-jitsu coaches of their own. The most prestigious submission grappling competition on Earth, the Abu Dhabi Combat Club Submission Wrestling World Championship, was founded in 1998 by Sheikh Tahnoon bin Zayed al Nayhan. Tahnoon is the younger brother of United Arab Emirates President Khalifa bin Zayed al Nayhan, and the son of previous president Zayed bin Sultan al Nahyan. Twelve years later, in 2010, Tahnoon got such a taste for combat sports that one of his investment vehicles, Flash Entertainment, bought a ten percent stake in the UFC’s parent company Zuffa LLC.

If the UFC’s executives and fighters don’t care about the UAE and Saudi Arabia killing Yemeni civilians in bombing raids, it’s doubtful they’re concerned about the 97 protesters killed in Bahrain.

Almost everyone is happy with this arrangement. Select fighters get petroleum-backed subsidies, UFC owners Dana White and the Fertitta brothers get a cash injection and the sheikhs and princes get cool new friends that could beat up 99.9 percent of the world. Everyone wins.

It’s not unheard of for well-resourced perpetrators of nonconsensual violence to associate with consensually violent professionals. MMA veteran Enson Inoue was a mainstay in Japanese MMA and speaks freely of its ties to the Yakuza; he’s even said that he was paid to attend underground Yakuza fighting events. And much like the Yakuza syndicates in Japan, the Arab monarchs are odd, almost anachronistic outcasts in the modern world. The nearly infinite resources of these groups can’t buy them conventional, western legitimacy—not that they necessarily care—but those resources can certainly buy friends. And what better friends than those in MMA, who are usually pretty strange people themselves?

(That latter aspect, adopting those one sees as outcasts from society, is an actual state policy for some wealthy Sunni autocracies. Starting in the 1970s, under the direction of Prince Turki bin Faisal Al Saud, the Saudi General Intelligence Directorate started funneling money to Muslim groups in Afghanistan, Pakistan and, later, Dagestan and Chechnya. These groups were not subscribers to Wahhabism—Saudi Arabia’s strict interpretation of Salafist Islam—but providing these groups with more cash and weapons than they had ever seen in their lives did a whole lot to change that.)

None of this is to say that Frankie Edgar will be airdropped into Damascus with a FM-92 Stinger on his shoulder and orders to shoot down every Russian Sukhoi jet in the sky. But it stands that MMA fighters are a group ripe to be exploited, whether it’s by their own promoters or trainers, or ill-advised financial schemes. Fighters are mostly individualists without any collective representation, and such a group is fertile ground for rich, unsavory characters like Crown Prince Al Khalifa, who buy their way in and use the fighters for social prestige and self-promotion, knowing full well no one’s going to warn their newly purchased friends about what they’re getting into.

There’s not necessarily some grand, malicious design here, but things have a tendency to go awry when you’re at the mercy of power-mad royals. The world of neo-feudal Gulf societies is one of unchecked authority and brutality—the kind that makes what happens in a MMA cage look weak.