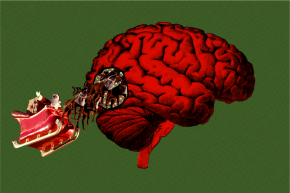 Christmas Spirit Is Real, And Scientists Have Found It In Your Brain
By Joshua A. Krisch

Christmas Spirit Is Real, And Scientists Have Found It In Your Brain

Can we use fMRI brain scans to detect our levels of Christmas Spirit? These neuroscientists think so 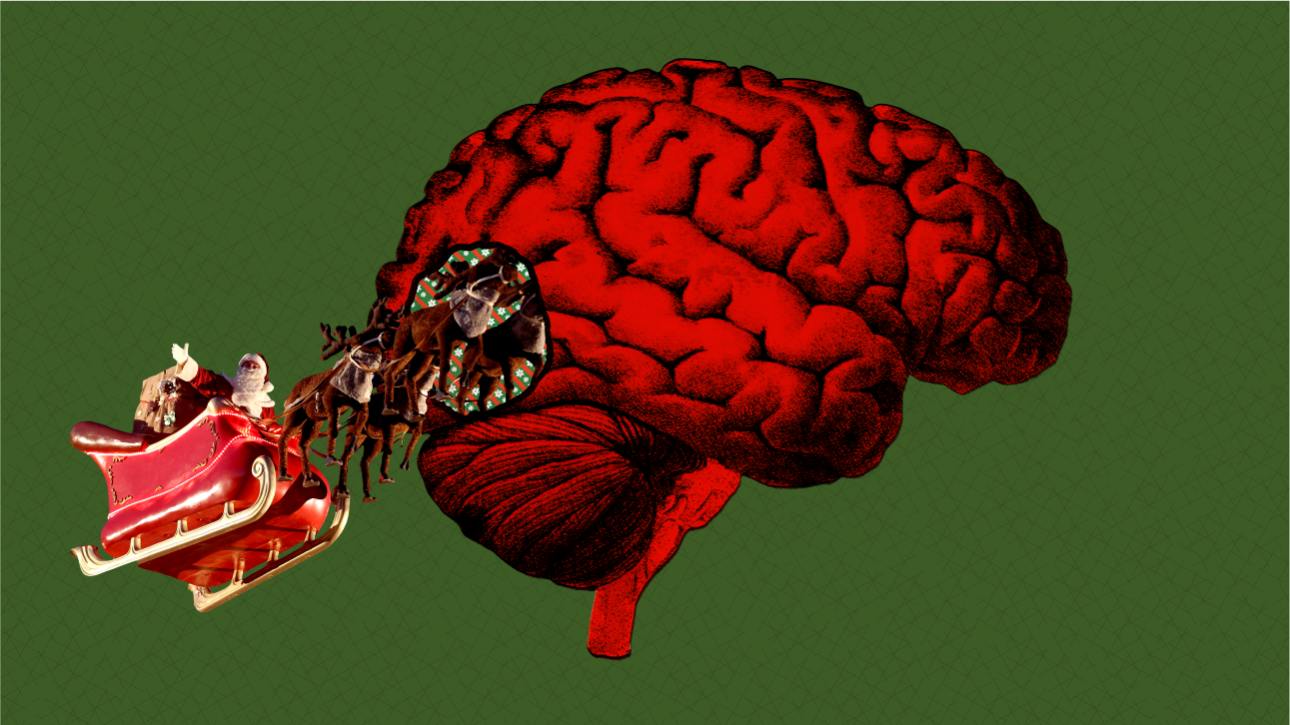 Christmas Spirit has finally been located within the human brain, according to a new study in The BMJ. The study suggests that, for some people, there may be a festive network within the brain responsible for recording positive memories of holiday joy, thus associating the Christmas season with the Most Wonderful Time Of The Year.

Until now, scientists had no idea where in our brains the Christmas spirit resided. What neural circuits fire while you’re slurping eggnog? What about when you haul a Christmas tree up four flights of stairs?

A team of scientists from Copenhagen University resolved to figure that out for this year’s annual Christmas issue of The BMJ, which approaches novel topics with serious science, like whether the British really have worse teeth than Americans or why there are more men with mustaches in medical school leadership roles than women leaders. And, in this particular Christmas study, the researchers answer an even broader question about neuroscience: How do our brains store and recall festive cultural traditions?

Functional MRI may hold the key. fMRI scans measure blood flow and blood oxygenation in specific areas of the brain in response to neural activity. These scans can map out pathways involved in particular mental processes—perfect for detecting brain activity during peak Christmas Spirit. In this particular study, researchers hooked 20 volunteers up to fMRI (“no eggnog or gingerbread was consumed before the scans,” the researchers note) and showed them Christmas-themed images. Afterwards, the participants answered a survey about their Christmas memories and traditions.

The results highlighted five clusters of activity that differed strongly between participants who celebrated Christmas and those who did not. Specifically, the scientists found increased brain activity near the frontal premotor cortex, somatosensory cortex and the parietal lobule in people who celebrated Christmas—in other words, a functional Christmas network woven into the human brain. Here’s what that looks like on an actual fMRI:

…and here’s how those brain regions are linked to holiday cheer:

Parietal lobules have been shown in earlier fMRI studies to play a determining role in self transcendence, the personality trait regarding predisposition to spirituality. Furthermore, the frontal premotor cortex is important for experiencing emotions shared with other individuals…recall of joyful emotions and pleasant ingestive behaviour shared with loved ones would be likely to elicit activation here. There is growing evidence that the somatosensory cortex plays an important role in recognition of facial emotion and retrieving social relevant information from faces. Collectively, these cortical areas possibly constitute the neuronal correlate of the Christmas spirit in the human brain.

Now, fMRI has its limitations. In fact, one 2009 study found that fMRI readings are so prone to error that a dead, frozen Atlantic salmon “showed” brain activity on an fMRI scan, despite, well, being dead. The authors acknowledge this limitation, and they respond with a surprising amount of holiday cheer. “Naturally, in keeping with the good spirit of the holiday, we disagree with these negative perspectives,” they write.

The authors also note that their Christmas photographs inevitably contain traditional Christmas colors, and say that they cannot rule out that they have simply uncovered a neural pathway for processing red and green colors. Furthermore, the scientists admit that their findings are likely not detecting the Christmas Spirit per se, but rather homing in on the regions of our brain responsible for processing any nostalgic holiday.

“Bringing these issues up, however, really dampened the festive mood,” the authors write. “Therefore we, in the best interest of the readers of course, decided not to ruin the good Christmas cheer for everyone by letting this influence our interpretation of the study.” Nice work, everyone.