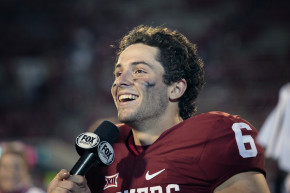 With Yet Another Chip on His Shoulder, Oklahoma's QB Is Poised for Orange Bowl Matchup Against Top-ranked Clemson 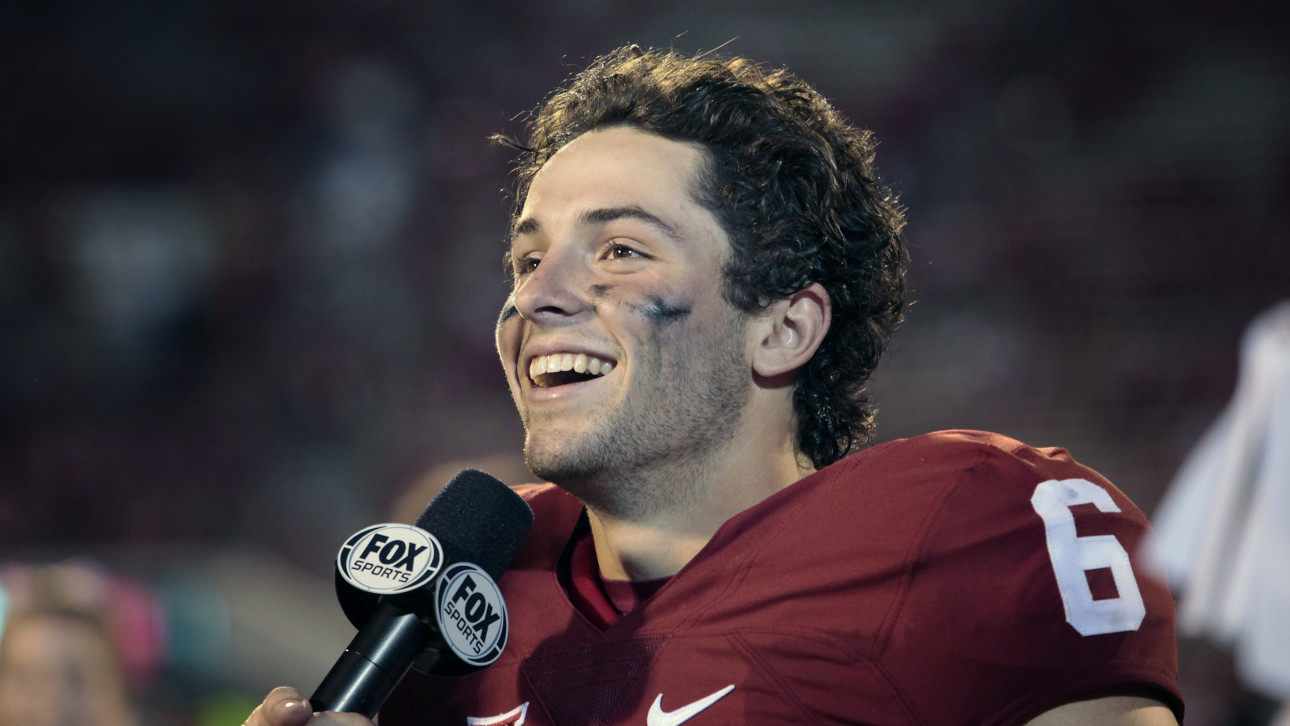 It seems fitting, if a little cruel, that the award for college football’s most overlooked player went to a player who was in the process of being snubbed by the Heisman Trust. But of course it’s always been that way for Oklahoma Sooners quarterback Baker Mayfield, who on Monday in Springdale, Ark., claimed the Burlsworth Trophy, which goes to the best collegiate football player who began as a walk-on, and who learned that same day that he would not be among the three finalists for the Heisman Trophy.

Many fans were upset that Mayfield was passed over for the Heisman. No one can argue, though, that the junior QB is not the perfect choice for the Burlsworth. Mayfield has turned walking on into a sort of art, starting at quarterback factory Austin Lake Travis (Texas) High School. As a junior he lost the starting job in the preseason but ended up leading Lake Travis to a perfect record and a state champions as an injury replacement (in fairness, this is a semi-regular occurrence at Lake Travis).

As a college recruit, Mayfield turned down offers from Rice and Washington State to walk on at Texas Tech and became the first walk-on quarterback to start a Red Raiders season opener as a freshman. After a falling out with Tech head coach Kliff Kingsbury, Mayfield moved on to Oklahoma, where he’s put up 3,389 yards, 35 touchdowns and just five interceptions through 12 games — numbers similar to what Marcus Mariota, Jameis Winston and Johnny Manziel posted during their Heisman-winning seasons. That fact is not lost on fans:

The fact that Mayfield didn’t make the top 3 for the heisman makes me very very angry. #NowImMad

Derrick Henry will win the heisman, easy. But Mayfield not even being a finalist is d u m b

Mayfield is gonna #ShakeNBake something special in the playoffs for the Heisman snub. #ReapIt

Coming from a very loyal OSU fan, leaving Mayfield out of the Heisman race is going to make OU unstoppable in the playoffs. #motivation

“I’ve had a chip on my shoulder,” Mayfield recently told the media. “If you guys haven’t seen that, I don’t know what you’re looking at. I’ve always played like that no matter who I’m playing. It’s just who I am. If it’s something personal I’m going to have a little bigger chip on my shoulder. That’s when I have to go do my job.”

He’ll have a chance to make a point in the Orange Bowl on Dec. 31, when No. 4 Oklahoma faces Heisman finalist Deshaun Watson and the top-ranked Clemson Tigers in a College Football Playoff semifinal.