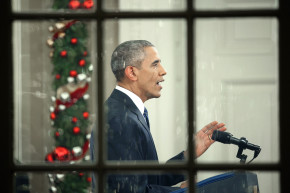 Obama: ISIS Are Thugs And Killers And Don’t Speak For Islam
By Brian Patrick Byrne

Obama: ISIS Are Thugs And Killers And Don’t Speak For Islam 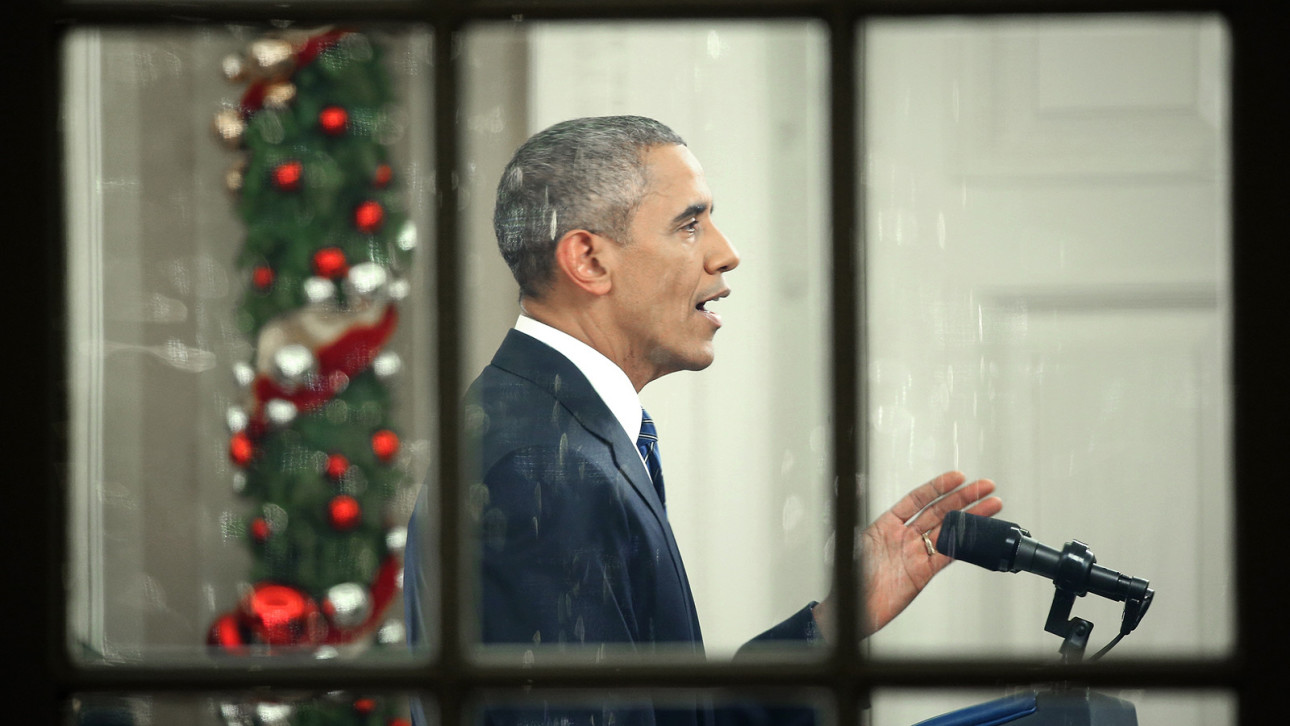 President Obama vowed that America will overcome the evolving threat of terrorism in a rare address from the Oval Office Sunday night, just days after ISIS-inspired assailants left 14 dead in San Bernardino. The president also cautioned that we must not let fear of terrorism justify discrimination against the larger Muslim community.

“ISIL does not speak for Islam,” he said. “They are thugs and killers, part of a cult of death. And they account for a tiny fraction of a more than a billion Muslims around the world.”

Obama did not introduce new policy measures so much as seek to reassure the public after a recent string of high-profile and bloody terror attacks in San Bernardino, Paris and elsewhere. “The terrorist threat has evolved into a new phase,” the president said. “Many Americans are asking whether we are confronted by a cancer that has no immediate cure.”

But, Obama insisted, while the fight against ISIS won’t be easy, it’s winnable. “The threat from terrorism is real, but we will overcome it,” he said.

Obama also reiterated the United States’ four-point plan to defeat ISIS, much of which has been ongoing. The US military will continue to “hunt down terrorist plotters in any country where it is necessary,” in Iraq, Syria and beyond, he said, as well as continuing to provide training and equipment to “tens of thousands” of Iraqi and Syrian forces fighting ISIS on the ground there.

The president also stressed that the U.S. is working will allies. The government has “surged” intelligence sharing with European allies since the Paris attacks, he said, and is working with Turkey to seal its border with Syria. Obama said the U.S. is also cooperating with Muslim majority countries and Muslim communities in the U.S. to counter the “vicious ideology that ISIL promotes.”

Finally, Obama said that with American leadership, the international community has begun to pursue ceasefires to the Syrian war, to encourage countries including Russia to focus on a “common goal” of destroying ISIS.

Wednesday’s attacks were an act of terrorism, the president said, but also linked to America’s broader problem of gun violence. He called on Congress to pass a bill ensuring that nobody on the government’s no-fly list is able to buy a gun. “What could possibly be the argument for allowing a terrorist suspect to buy a semi-automatic weapon?” he asked.

Since the government will never be able to stop every mass shooting, especially in an age where groups like ISIS are able to inspire such attacks without ever having direct contact with the killers, the president also said we need to make it harder for criminals to get guns—specifically calling for restrictions on the sale of the assault-style weapons used in San Bernardino.

Obama also revealed he had asked the Department of State and Homeland Security to review the visa which he said the female terrorist in the San Bernardino attack used to enter the country.

Much of the speech surrounded Obama’s attempt to draw a strong line between extremists and the greater muslim community. “If we’re to succeed in defeating terrorism, we must enlist Muslim communities as some of our strongest allies, rather than push them away through suspicion and hate,” he said.

However, he said Muslims had a responsibility to confront the extremist ideology “without excuse.”

“Muslim leaders here and around the globe have to continue working with us to decisively and unequivocally reject the hateful ideology that groups like ISIL and Al Qaeda promote, to speak out against not just acts of violence, but also those interpretations of Islam that are incompatible with the values of religious tolerance, mutual respect, and human dignity,” he said.