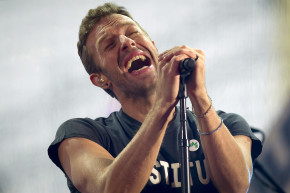 Twitter reactions to the announcement that Coldplay will play the Super Bowl halftime show got real dark, real fast

As news leaked that Coldplay will perform at the 50th Super Bowl, people took to Twitter to express their extreme disappointment in a terrible decision made by a sports organization that suppressed research about players’ brain damage and protected players who abused their spouses.

And if you thought that was grim, wait until you read these tweets.

Some tweets blamed Janet Jackson and her wardrobe malfunction, which drove the NFL to choose acts that posed less of a FCC violation.

#Coldplay? Effing #COLDPLAY? I swear #JanetJackson has forever killed us from having an entertaining #Superbowl halftime show again.

#Coldplay to headline #SuperBowl Half Time Show. Let's hope they don't have a wardrobe malfunction or dancing sharks https://t.co/1IDzaq1ZAz

Some felt Coldplay was too boring or British for America’s most-watched event.

Finally, a year you can actually go to the bathroom during halftime. #Coldplay #SuperBowl

Many questioned the NFL’s judgement.

#Coldplay to perform the #SuperBowl halftime show. Further proof that #concussions in #football lead to damaging effects on the brain. #NFL

And some thought the decision might lead to a spike in suicides.

#coldplay set to play #SuperBowl halftime show! Can't wait for the upper deck to do a group base jump to their death during The Scientist.

Well, that got dark fast.