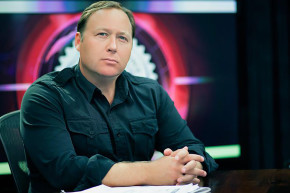 Conspiracy theorists waste no time insisting the U.S. government is behind the California massacre

Before anyone knew the death toll, motive or identity of the shooters, many wise Americans were certain that the San Bernardino shooting was orchestrated by the Obama Administration.

News of a shooting in San Bernardino broke at 11:26 PST. Vocativ discovered that literally one minute later, at 11:27 PST, the first Truther posted a #FalseFlag tweet. For the uninitiated “sheep” out there, “false flag” is a conspiracy-theorist term used to describe a covert government attack against its own citizens.

In the first six hours following the massacre, 663 people tweeted about a false-flag attack in San Bernardino. Truthers helpfully provided evidence of Big Brother’s lies and deception: a SWAT training session nearby the Inland Regional Center where the shooting took place, the emotional impact of an attack on a developmental disability center, a man wearing a “Masonic hat” and the government-esque black SUV driven by the alleged shooters.

Many of the tweets were aimed at paleo-conservative radio host Alex Jones.

Hey Alex Jones yet another #FalseFlag event in #SanBernardino CA Obama will stop at nothing trying to get our guns.

Jones is a high-profile Truther who believes the majority of modern American tragedies—from 9/11 to Sandy Hook—were inside jobs committed by the U.S. government as a part of a master plan to create a New World Order. In the wake of Wednesday’s shooting, Jones’ site InfoWars, published a list of all the “highly suspicious” activity surrounding the massacre.

Trump returned the accolade, saying, “Your reputation is amazing. I will not let you down.”