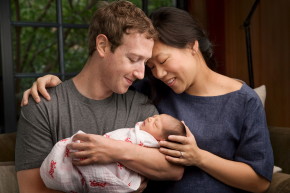 Proud new parents Mark Zuckerberg and Priscilla Chan made a massive announcement on Tuesday in a letter addressed to their daughter, Max, posted on Facebook. The power couple plans to create the Chan Zuckerberg Initiative to “promote equality for all children in the next generation,” and donate 99 percent of their Facebook shares—currently valued at $45 billion—to the limited liability company.

The two attempted to downplay the obviously massive sum (and the questionable act of ‘donating’ it to their own LLC), calling it “a small contribution compared to all the resources and talents of those already working on these issues.” But seeing as 90 percent of Americans earn, on average, less than $34,000 a year, $45 billion is a figure that is beyond comprehension. So here’s a helpful comparison that looks at some more tangible values from 2013 and 2014.

$45 billion is, bizarrely, almost exactly twice what America spent feeding its pets in 2014. It’s hard to say whether that says more about the gargantuan sum or America’s spending priorities, but whatever way you look at it, it’s a huge amount of cat chow. On a more serious note, with $45 billion to spare, you could fund Planned Parenthood for 38 years at its current rate of expenditure. You could fund the entire UN for more than eight years.