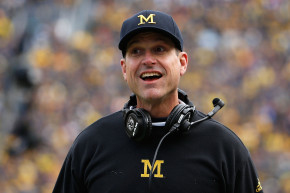 Despite its history of greatness, Big Blue's faithful decide this is good enough...for now. 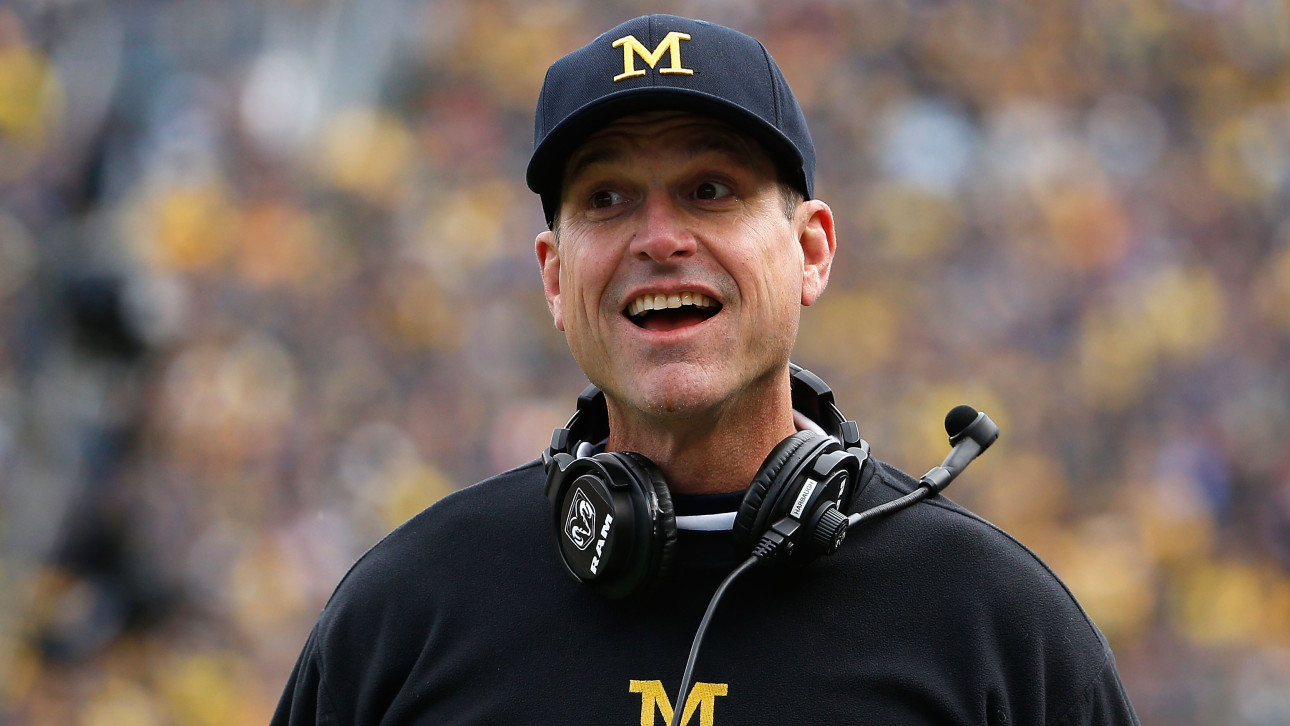 With only a bowl game to go, Michigan stands 9-3 in Jim Harbaugh’s celebrated first season as head coach. And apparently that’s good enough for Wolverine fans, whose expectations have continually lowered in recent years.

Even a 42-13 beatdown by hated Ohio State–in Ann Arbor no less–couldn’t bring to an end the longest honeymoon enjoyed by a Michigan coach since Bump Elliott’s decade-long battle to keep Big Blue’s head above .500 in the 1960s.

Michigan’s faithful might not have mutated into Cubs fans–holders of the longest World Series drought–but an expected CFP-or-else sensibility has been likely leavened by the tenures of since-departed head coaches Rich Rodriguez and Brady Hoke.

When Lloyd Carr took his 122-40 record and stepped aside in 2007, Michigan, with much fanfare, lured Rodriguez away from West Virginia. Disaster ensued almost from the start. RichRod went 3-9 his first year, managed to get the school put on NCAA probation, and finished his third and final season 15-22 overall (0-3 vs. Ohio State) — the worst record in Michigan history.

And that’s why, even after the worst loss to the Buckeyes in Ann Arbor in more than 50 years, Michigan fans remain true to Harbaugh.

@CoachJim4UM Amazing year! Congrats on guiding the boys to a winning season. Can’t wait to see the bowl game.

@CoachJim4UM helluva season coach. We may not have won today, but we all appreciate the huge progress you made in just one season. Go Blue!!

Tough loss today for @umichfootball but as a fan very excited on where @CoachJim4UM has the program going. We’re coming 4 you next year OSU.

In my opinion @CoachJim4UM has done a great job his first year. Looking to seeing the new direction of the program #whosgotitbetterthanus