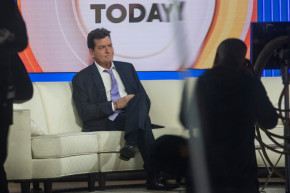 Even before Charlie Sheen publicly admitted that he is HIV-positive, people were poking fun at his dalliances with adult stars

The so-called “straight side” of the industry currently mandates testing for sexually-transmitted infections (STIs) every 14 days. The same cannot be said outside of the adult business: Less than half of the U.S. adult population has reported ever receiving an HIV test. Earlier this year, the CDC reported that less than one-fifth of teens and young adults had been tested recently.