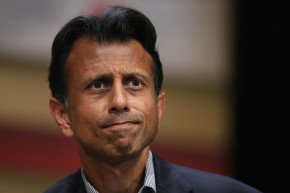 State governors don't have the authority to prevent Syrian refugees from entering their state, but refugees probably won't go where they're not welcome

Just a day after the world learned that one of the Paris attackers had likely used a fake Syrian passport to sneak into France with a flood of refugees, American politicians started using the issue to make political hay. The governors of Alabama and Michigan were the first to announce they would not accept any Syrian refugees, citing security fears. By the time this article published, 19 more states had vowed to refuse Syrians, and the number looked likely to grow.

There’s one problem with these proclamations: state governors don’t have the authority to refuse refugees. But their actions aren’t meaningless, and they will still likely stop the flow of Syrians into their states.

According to the Refugee Act of 1980, the president has broad discretion to allow in refugees who face persecution. As Ian Millhiser, Senior Fellow at Center for American Progress, explains to ThinkProgress, state governors can’t overrule the executive branch in this matter. But they can make refugees’ lives miserable by denying them state resources. Or by, you know, making a public proclamation that refugees aren’t welcome.

The federal government seems unlikely to relocate any Syrian refugees into those states because one of the factors for choosing a refugee’s new home is ease of settling. Refugees are expected to be self-sufficient within a year, so the government and volunteer agencies responsible for relocating refugees look for places where the cost of living is low and employment is high. If a state government says refugees aren’t welcome, the likelihood of self-sufficiently plummets.

Another factor for choosing resettlement locations is where the refugees might already have friends and relatives. So when the U.S. accepts refugees from war-torn countries, immigrant population growth usually happens in clusters. This is how a Somali community grew in Minneapolis during the Somali civil war and how a Hmong community (a group originally from the mountains of China and Southeast Asia) grew in Wisconsin during the Vietnam war.

Since the Syrian War began in 2011, a few states in particular have seen the largest growth in Syrian population. At the top of the list are Michigan—which has had a large Arab-American population since many immigrants moved to the city of Dearborn in the early 20th century to work in the automotive industry—and Texas, which is attractive to immigrants because of cheap housing and abundance of jobs.

In the last four years, the United States has accepted more than 1,500 Syrian refugees. Texas has taken at least 180 of them, more than any other state. Michigan ranks third with 159 refugees. Illinois, Arizona and Florida are also in the top five. The governors of each of those states joined the refugee-refusal wagon on Monday.

The fact that four of the top five states for Syrian refugee relocation have made it very clear they will not take kindly to more Syrians in their state will have a significant impact on how Syrians resettle in America. If it weren’t for the proclamations of the governors of Texas, Michigan, Illinois, Arizona and Florida, the majority of the 10,000 Syrian refugees who enter the U.S. over the next year would likely move to one of those states where they already have a network of Syrian immigrants who can assist their assimilation into American society.

As for states like Alabama, Arkansas, Georgia, Kansas, Louisiana, Mississippi and Wisconsin—states that have accepted few or no Syrian refugees ever—these announcements will have very little effect and are largely just yawps of dissent against the Obama administration. Aside from Maggie Hassan of New Hampshire, every governor standing against refugees is a Republican.