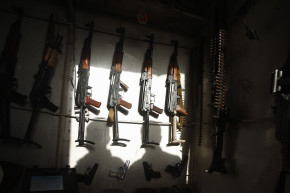 Europe's open-border policy has made it harder for government officials to track illegal weapons that come from as far away as the U.S.

When terrorists in Western Europe want guns, they usually tap into a 20-year-old market that took root and flourished at the end of the Balkan wars. Now with the rise of the dark net, that market has been digitized and deals on illegal guns are only a few minutes away.

Vocativ used our technology to scan several current and active dark net marketplaces and found several postings selling AK-47s, the types of guns eight ISIS terrorists were said to have used during the deadly attacks in Paris on November 13. Across a dozen sites, we found 281 listings of guns and ammunition, including 16 submachine and machine guns, 12 sniper rifles and 40 assault rifles. The majority of the vendors ship from the U.S., as well as Russia, Germany and the Netherlands. 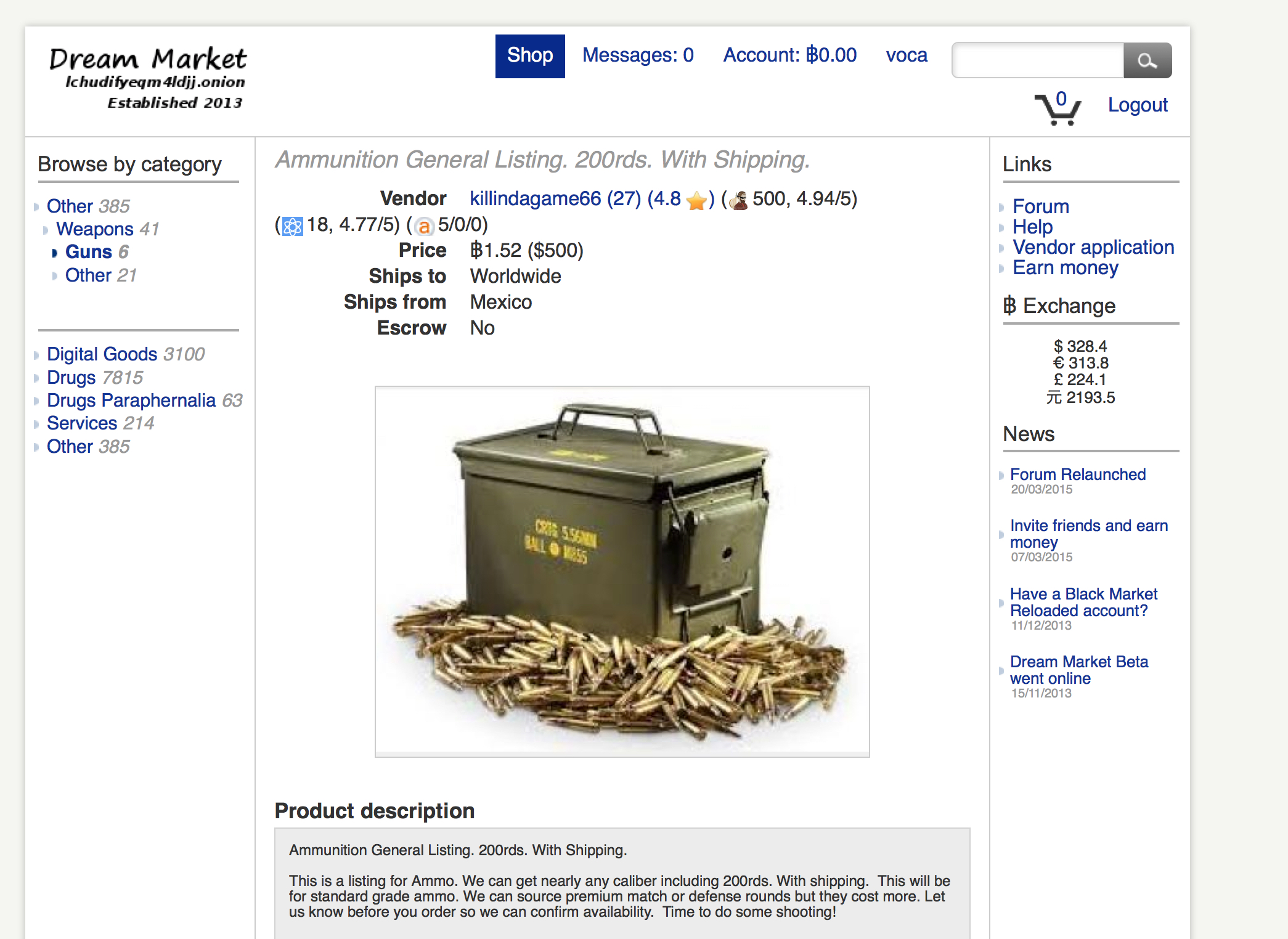 Terrorists likely acquired weapons through the black market or dark net, as France has especially strict gun laws. The French government estimates there are about 7.5 million legally owned guns in the country. Some estimates claim there are as many as 10 to 20 million illegal weapons in France. A European Commission study estimates some 67 million unregistered firearms exist in the EU.

When the illegal firearm market initially grew from weapons originating in the Balkans, criminals and terrorists wanting weapons had to connect with the right crime organization. Now, they just have to connect to the Internet. If a terrorist (or anyone) wants to buy an illegal assault rifle today they just have to download the Tor browser, which allows them to search the web anonymously, then find eBay-like marketplaces, which can be found on the regular Internet.

“The guns moved from the Balkans to Western Europe and other parts of Europe in small and medium shipments, so that makes it very difficult to monitor and investigate and protect against,” said Cédric Poitevin, head of the  Arms Transfers and Small Arms project at GRIP (Group for Research and Information on Peace and Security), which is based in Brussels. “They can move across criminal networks within Europe. First to Belgium and other parts and then to someone who is linked to criminal or terrorist networks.”

An open-border policy has likely made matters worse. The United Kingdom does not participate in Europe’s open-border program and the country has had very little gun crime, but other European nations have not been so fortunate. “We face the same challenge in all countries with the almost absence of border controls,” Poitevin told Vocativ. “The fact that we are close to the Balkans and, generally speaking, two countries in Eastern Europe with huge stockpiles of guns that have been made available.”

Poitevin say, most of what he and European government officials know about firearm trafficking and smuggling comes from assumptions, arrests and limited studies. “Only recently there has been political priority,” he said. “Until recently there was very little funds to study the issue and build stats and to gather quantitative information.”

One of the most recent efforts to study gun trafficking began in 2013, when Interpol created the Illicit Arms Records and Tracing Management System (iARMS), which allows member countries to report and track weapon trafficking. In 2014, Europol announced they would make gun smuggling a priority. That initiative focused largely on the rise in Internet trafficking. They had some success in October that year. French law enforcement agents raided several homes across the country and found hundreds of weapon stashes, which included assault rifles and machine guns.