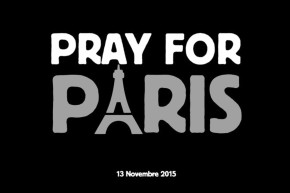 People around the world are expressing support over social media

Thousands of heartfelt messages poured out across social media Friday night, in response to the deadly attacks and explosions across Paris. Horrified observers around the world began rallying around the hashtag #PrayForParis as a way to express thoughts and prayers during the tragedy.

In French, #fusillade, #13novembre and #Bataclan, the name of the concert venue where it is believed more than 100 hostages may be held, were also being used by people hoping show their support for the more than 100 who died. #Porteouverte was being used by Parisians to offer a safe space or shelter, while #vendredi13—Friday the 13th in French—has taken on an eery new meaning on Instagram and elsewhere.

Heartbreaking what’s going on in Paris, why do people feel the need to this stuff like this? #PrayForParis — Rach [PB] (@ThirlyZalfie) November 13, 2015

These sorts of situations really make you realise how fragile life is, and how things can be over in a matter of seconds #PrayForParis