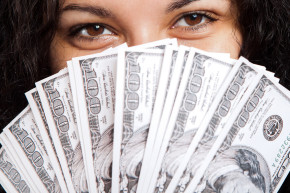 The Rich Are Getting Richer Faster Than Anyone Else

The top 0.1% saw their pay packet increase by an astronomical amount last year

A tiny population of already-mega-rich Americans is getting richer at a much faster rate than anyone else.

An analysis from the Economic Policy Institute shows that the top 0.1% of American wage earners saw their income rise faster than all other groups from 2013-2014.

Granted, the highest rollers in society took a hit in the recession, along with the rest of us. It’s the first time since 2007, according to the report, that their average earnings have topped $2.5 million per year. Meanwhile, the bottom 90 percent have also recovered, and now earn a full $20 more, on average, than they did before the crash.