U.S. Intel: ISIS’ Claims It Blew Up Jet Might Be Right
By Gilad Shiloach

U.S. Intel: ISIS’ Claims It Blew Up Jet Might Be Right

Early this morning, ISIS claimed it brought down Russian jet. U.S. officials just admitted they might be right. 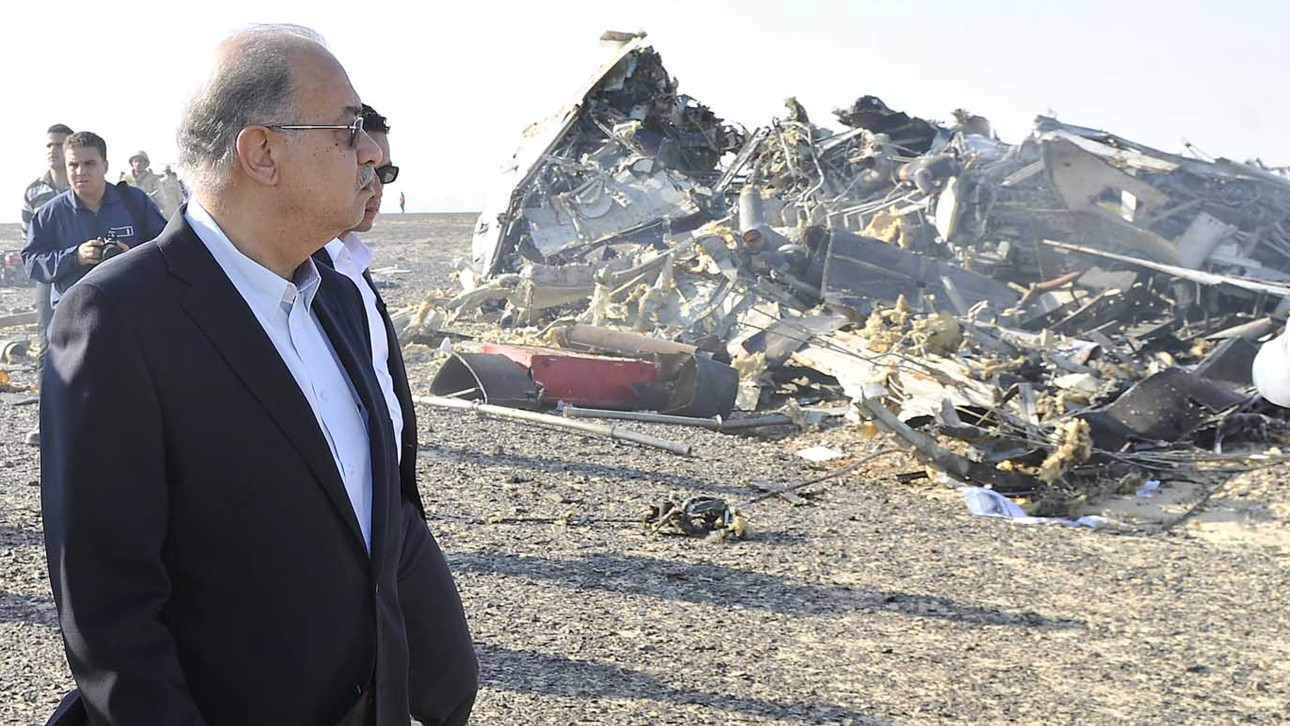 Egypt's Prime Minister Sherif Ismail looking at remains of the plane. — REUTERS
By Gilad Shiloach
Nov 04, 2015 at 6:33 AM ET

Update: New U.S. intelligence suggests that a bomb may have brought down the Russian plane that crashed over Egypt this weekend, killing 224. According to a report by NBC news, investigators are looking into a suspicious flash that could indicate an explosive device was used, and focusing on ISIS as the potential culprits. The official notes that no formal conclusion has been reached.

British officials voiced similar suspicions earlier Wednesday, with Prime Minister David Cameron delaying flights from the UK to the Egyptian airport where the plane originated. “[A]s more information has come to light we have become concerned that the plane may well have been brought down by an explosive device,” Cameron said in a statement.

The Islamic State’s “Sinai Province,” which has claimed responsibility for taking down a Russian passenger plane, released an audio statement on Wednesday offering what they say is “proof” that they carried out the deadly operation.

In a four-minute long statement circulating on social media, an unnamed member of the group declared they downed the plane on the same day the Sinai-based Ansar Beit al-Maqdis, now known as the Sinai Province, pledged allegiance to the Islamic State last year. “Did you notice that it crashed on the 17th day of Muharram (the first month of the Islamic calendar) — the same day we pledged allegiance to the Caliph of the Muslims?” he said.

That day was November 10, 2014, meaning that the first anniversary of the declaration of allegiance this year was indeed October 31 according to the Islamic calendar.

The speaker in the audio message, however, did not provide any details about how it actually could have downed the plane over the Sinai Peninsula. So while the date of the tragedy matches up, a ton of questions still remain about how it could have carried out the deadly operation.

The message said the Sinai Province will provide details soon. “For those who say (we) are liars and doubt, we say, ‘Die in your rage. We are those who downed it with God’s help and we are not obliged to elaborate on the way we downed it’.”

“Take the wreckage and search,” he added. “Take the black box and analyze it. With God’s help we will elaborate on how we downed it in the appropriate time and way.”