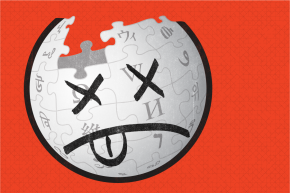 Despite 5 Million Articles, Wikipedia Is Struggling
By Allee Manning

Despite 5 Million Articles, Wikipedia Is Struggling

There are now over 5 million articles available in the English version of Wikipedia, the most-used language edition by a margin of over 22 million. While the milestone reached Sunday is being celebrated with a festive logo, a look at the numbers behind the digital encyclopedia’s articles and editor base tells a different story.

Despite the fact Wikipedia began encouraging “edit-a-thons” in 2011 in order to build the encyclopedia’s database and acquire new “Wikipedians,” growth of the encyclopedia has been in steady decline since 2008.

According to Wikipedia data, there are nearly 26.7 million English edition Wikipedia users with only 126,676 “active users,” or Wikipedia users who have made one or more edit in the past 30 days. While the number of editors has remained stable, the vast majority of edits come from a small minority of Wikipedians.