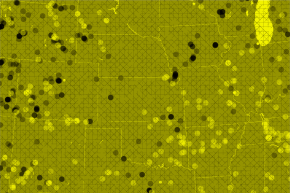 Racial Slurs Are Woven Deep Into The American Landscape

DATA INVESTIGATION: Hundreds of federally recognized places across the nation include racist slurs in their name 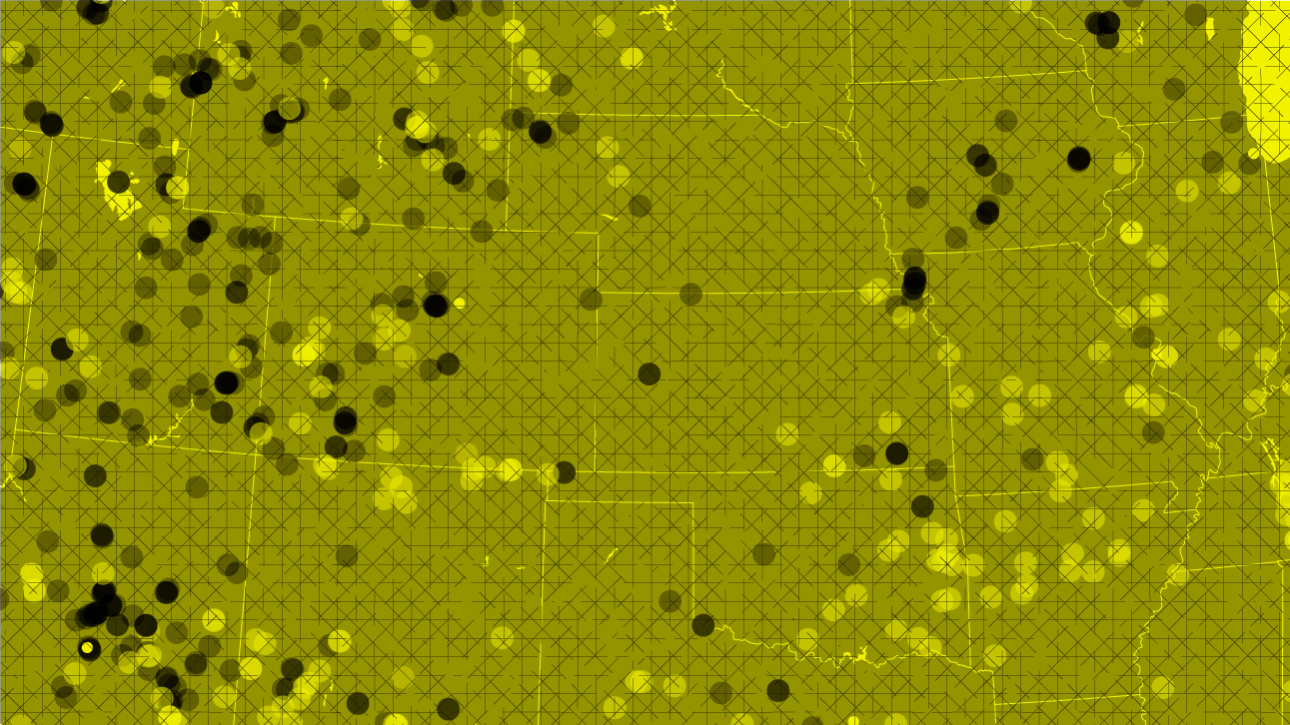 The United States is literally covered in racial slurs from Dead Negro Hollow, Tennessee, to Wetback Tank, New Mexico, to Dead Injun Creek, Oregon. At least 1,441 federally recognized places across the nation include slurs in their official name, a Vocativ data analysis of millions of records reveals.

In the wake of a nationwide backlash against Confederate symbols and President Barack Obama’s decision to restore the Native American name of the nation’s highest mountain, Vocativ used our technology to cross-reference every derogatory term listed in The Racial Slur Database with the 2.2 million official names of locations listed in the U.S. Geological Survey’s Geographic Names Information System (GNIS). Vocativ tallied and mapped hundreds of places with names that evoke racial oppression and a legacy of hatred.

Places with derogatory names exist in every state, though the largest clusters are in the West and the South. California has at least 159 place names that are offensive to Native Americans, African Americans, Chinese people and Italians. The thickest and most diverse cluster of racist place names is in Arizona.

At least 558 place names across the nation include derogatory words referring to African Americans, Vocativ’s data analysis found. The majority contain the word “negro” and many of those were originally known by an even more offensive name until former Secretary of the Interior Stewart Udall wiped the word “nigger” off the map in 1962.

The despicable list also includes the slurs “Uncle Tom,” “pickaninny” and “Jim Crow.” Vocativ’s tally did not include six places named “darkey” or 45 that use the word “spook” since it was unclear whether those names were intended to have a meaning other than a racist one.

The list includes 33 places that were originally called “Niggerhead” as well as many formations and locations named for their association with an African American. Negro Ben Peak was named after a miner known as “Nigger Ben McClendon.” Dead Negro Draw (originally Dead Nigger Creek) in Texas, allegedly honors black Buffalo Soldiers who died during a battle.

In 1974, a federal board replaced all uses of the word “Jap” on the federal map with “Japanese,” after the Japanese American Citizens League protested the name of Jap Creek, Oregon. The initiative led to the changing of nearly 200 names. Yet, other signs of anti-Asian sentiments remain on the map.

There are 30 “Chinaman” place names listed in the federal database. The list had been longer by seven names until individual Chinese Americans and the Asian Pacific American advocacy group Organization of Chinese Americans separately pushed to have them changed. One of the most recent examples was Chinamans Arch in Utah, which was renamed to Chinese Arch in 2004 after the OCA requested the change from the U.S. Board of Geographic Names.

When many places were being dubbed “Chinaman” or some variation on it, most immigrants from China was being demonized as part of a vile race taking jobs that “belonged” to white people. That may be one reason that none of the remaining locations with the word “Chinaman” in their name are linked to a specific person. It’s as if no one even bothered to distinguish one Chinese person from another.

The Most Pervasive Slur On The Map

The most common slur used in place names across the nation is “squaw.” There are 828 such locations across nearly every state, from Squaw Rock, Massachusetts to Squaw Valley Ski Resort in California. These names remain though many consider the word to be the most offensive term that can be used for Native American women.

Some historians and etymologists insist “squaw” is an innocent Algonquian word meaning “woman.” But many activists and Native Americans argue it is a white bastardization of the Mohawk word for vagina, “ojiskwa.” The Native American news source Indian Country Today notes “the jury is still out when it comes to the meaning of the word squaw.” What we can confirm is that in early Western books and films a “squaw man” was a man who did “women’s work” or married an indigenous woman.

The use of “squaw” extends to sexist examples too. While “squaw” is mostly used in generic ways, like Squaw Lake or Squaw Creek, there are a few instances that seem sexually explicit and 11 variations of squaw tit and teat.

The majority of the “tit”-based names in the federal database are attached to “squaw.” By comparison, the word “nipple” is used almost exclusively with names generally associated with Anglo women—as in Mollys Nipple, Susies Nipple and Katies Nipple (sic). Female anatomy in place names is common in the U.S. because the Anglo explorers and settlers who (re)named these locations were usually traveling without women.

“The pioneer society, not just going West over the wagon train but also in mining areas, were exclusively male,” says Mark Monmonier, professor of geography at Syracuse University and author of From Squaw Tit to Whorehouse Meadow: How Maps Name, Claim, and Inflame. “When the geological survey started mapping, they basically sent people into the area to try and identify features and would try to reflect local usage.”

Some states have renamed “squaw” locations. Phoenix’s Piestewa Peak, for example, was until 2003 called Squaw Peak and according to local historians was probably known as Squaw Tit before that. A Navajo state representative and an activist group tried to change the name in the 1990s to no avail. Governor Janet Napolitano finally succeeded in renaming the mountain after Lori Piestewa, a Hopi woman from Arizona who was the first Native American woman to die while serving in the U.S. military and the first woman in the military to die during the 2003 invasion of Iraq.

The 12 Men and Women Who Change Names

When President Benjamin Harrison created the U.S. Board on Geographic Names in 1890, topographers began exploring the country, asking local whites what they called every rise and chasm that surrounded them. Upon their return, they’d hand their notes over to engravers who copied their illustrations backwards onto copper plates, dipped them into blue, black and brown ink, and stamped them onto sheets of paper. Over the years more details and hues filled out maps. Electronic printing replaced engravers and aerial photography replaced gazetteer foot soldiers.

“The board is a reactive body,” Yost said. “Someone needs to receive a proposal to change a name and you have to make the argument, give your reasoning for why you want the name change and then we contact the local governing authority. That’s usually the county board of commissioners and the state board on geographic names …”

Name changing is fairly easy if there’s a suitable replacement. New names have to meet several rules. Places can’t be named for someone who’s been dead less than five years, and if they are named for a person, that person is supposed to have some association with the place. New place names can’t cause confusion with another place in the state and they can’t be too long. Three words is pushing it.

Once the board reviews all the research on local history and local opinions, they vote.

“We give all proposals benefit of the doubt, give them their due diligence and present them to the board members,” Yost said. “The board prefers not to change names that have been in longstanding verbal and published use unless there’s a good reason to do so.”

The GNIS database is then updated within 36 hours. State and local governments, as well as National Geographic and other cartographic organizations, use the information in their next maps. Google may make its own changes when it performs periodic updates to its maps and other geographic records.

To get an idea of what an offensive landscape looks like, Vocativ took a road trip through Arizona, the most toponomically racist region in America. For historical context on each location, we met with Arizona’s official state historian, Marshall Trimble.

“Things that were more acceptable before aren’t anymore. What’s politically correct—that all really started growing in the ’70s or ’80s and you wonder sometimes where it’s going to stop,” Trimble said, before referencing a concept coined by historian William Manchester. “He called it ‘generational chauvinism’, where each generation likes to judge and condemn the past historical people and events by the standards or by the wants and needs today, and they reinterpret history.”

Trimble pulled out a large sky-blue book from his shelf, Arizona’s Names: X Marks the Place. “That’s the Bible of place names,” Trimble said. That particular version of the book, published in 1984, has many derogatory terms that weren’t listed in the GNIS—including Niggerhead Mountain, Nigger Wells, Chinaman’s Canyon, Redman Mountain and nearly 30 listings with “squaw”.

In the morning we visited Negro Head Spring, named after a nearby dark rock and Negro Ben Peak, named after the miner. By noon we were at the sloping domes of Squaw Tits. All of these stops were in wilderness areas that required a bit of hiking or off-roading. All of them took us through some of the most scenic, remote areas of the state.

The U.S. Geographic Names Board only changes names in wilderness areas if there is a strong overriding need, so many offensive place names are in federally owned boondocks—like Chinaman Spring, where we ended the day. The spring is in the heart of Arizona’s Coronado National Forest and is the setting of one of the U.S. Forest Service’s recommended hikes in the area, Chinaman Trail. The name is said to have been given to the area because of Chinese workers who dug a trail, tunnel and water ditch to aid miners.

Hiking the trail it’s hard not to imagine troves of poorly paid Chinese men swinging picks into the earth and lighting dynamite, clearing a path for white men searching for mineral riches.