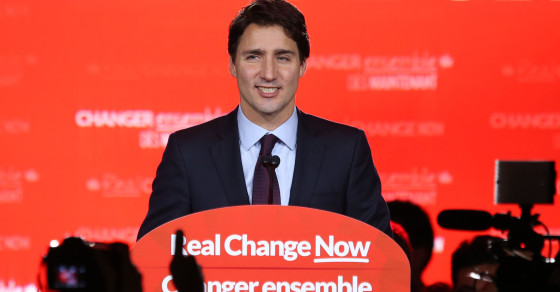 Why Justin Trudeau’s Big Victory Matters For The U.S.
By Sarah Kaufman

Why Justin Trudeau’s Big Victory Matters For The U.S.

The Liberal leader moves to the right on the Keystone XL Pipeline.

New prime minister Justin Trudeau has so far thrown his support to the construction of the controversial Keystone XL Pipeline, which President Obama has not yet given an official verdict. Trudeau has said it doesn’t conflict with his pro-environment stances on plans to reduce greenhouse gas emissions, but environmentalist groups say those two things are contradictions.

Here’s why that matters for the future of environmentalism, for the U.S. in particular.