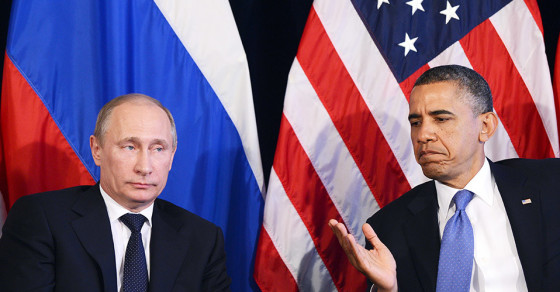 Jockeying between Moscow and Washington has dramatically altered the landscape of Syria's civil war. Here's how

Even as the White House and Kremlin continue to insist they are not fighting a proxy war against each other in Syria, events on the ground suggest otherwise. Though the two superpowers claim to be focused on crippling Islamic State militants in Syria, they are also throwing their military weight behind rival factions at the center of the country’s civil war. Since Russia came to the aid of embattled Syrian President Bashar al-Assad last month the U.S. has steadily increased its support for opposition forces fighting the government and ISIS, according to multiple U.S. officials and Syrian rebels cited in news reports. The escalation by both sides has dramatically altered the landscape of Syria’s civil war in just a few short weeks.

Here’s a look at how.

A building in Aleppo destroyed by what local residents said were Russian warplanes.

Reuters
Airstrikes have surged in Syria since Moscow entered the conflict on Sept. 30. On Saturday, Russian warplanes bombed 63 targets, the country’s Ministry of Defense said. By comparison, the U.S.-led coalition conducted only 59 airstrikes in Syria during the first 12 days of October, military reports show.

Which Has Given ISIS Room To Expand

The Assad Regime Makes Its Own Advances…

Soldiers loyal to Syria's President Bashar al-Assad pose with their weapons as they celebrating taking control of al-Sakhra village in Qalamoun Mountains, northeast of Damascus April 14, 2014.

REUTERS
Bolstered by Russia’s air support, government forces launched one of its most aggressive offensives in months. It captured villages in Hama province over the weekend, according to state media and opposition activists. They are now attempting to recapture territory in Latakia and Idlib provinces that they lost earlier this year.

…Thanks, In Part, To Bombs Dropped On CIA-Backed Rebels

YouTube
U.S. officials admitted that Russia has been directing a portion of its air campaign against U.S.-funded groups that had put significant pressure on the Assad regime. These officials also admitted that it is now almost impossible to to help these groups, which the U.S. covertly armed and trained.

So Some Rebel Groups Are Banding Together

REUTERS
At least three rebel alliances have formed in areas where Assad aims to recapture and consolidate control, Vocativ reported last week. Though galvanized by Russia’s intervention, a host of ideological and strategic differences could strain these groups. Rivalries among rebel leaders may also prove problematic.

Others Are Now Receiving Tons Of Ammo From Uncle Sam

A fighter from the Free Syrian Army's Al Rahman legion carries his weapon as he moves inside a damaged building on the frontline against the forces of Syria's President Bashar al-Assad in Jobar, a suburb of Damascus.

REUTERS
The U.S. airdropped 50 tons, or 100,000 pounds, of bullets, hand grenades and other small-arms ammunition to Syrian Arab groups in the northern part of the country, Col. Steve Warren, an American military spokesman told reporters. The move represents the first steps of new Syrian strategy for the U.S. after it scrapped its $500 million program to train and equip moderate rebels to battle ISIS last week. Insurgent commanders also say that, for the first time, they are receiving American-made antitank missiles.