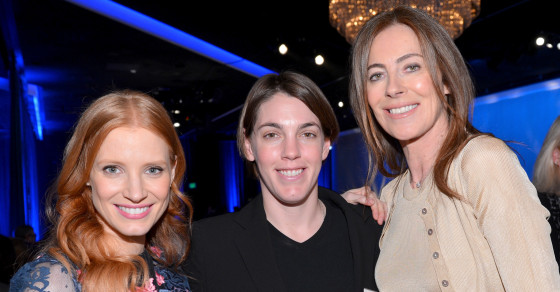 This Chart Shows Why Hollywood Is Being Targeted By The Feds

Hollywood is the target of a federal investigation of hiring practices that some allege are discriminatory against women.

The Equal Employment Opportunity Commission (EEOC), a federal agency that monitors employment discrimination laws, sent out letters to female directors last week asking to discuss potential gender discrimination. The letter, which was obtained by the Los Angeles Times, states that the agency wants to “learn more about the gender-related issues which you are facing in both the film and television industries.”

The move comes after the American Civil Liberties Union (ACLU) urged the EEOC in May to do something about the paltry number of female directors working in the industry. The ACLU cited a study by the University of Southern California that found that only 1.9 percent of the 100 most profitable films in 2014 were helmed by women. Once the investigation is complete, the EEOC will decide whether to take legal action against studios—a plan that has drawn praise from some high-profile names.

“I’m so glad we’re finally attacking this,” said Catherine Hardwicke, director of films including Twilight and Thirteen. “When I started out I was so naive I didn’t realize what I was up against.”