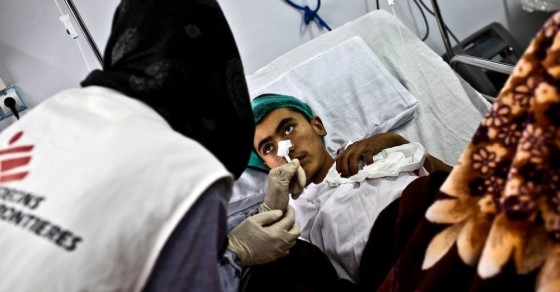 The U.S. Changed Its Story On Afghan Hospital Bombing 4 Times In 4 Days
By Shane Dixon Kavanaugh

The U.S. Changed Its Story On Afghan Hospital Bombing 4 Times In 4 Days

The explanation behind why U.S. airstrikes decimated a Doctors Without Borders-run clinic in Kunduz changed daily

A series of U.S. airstrikes decimated a Doctors Without Borders-run hospital in northern Afghanistan on Saturday, killing 22 patients and staff. American military officials promised a full investigation into the deadly attack as outrage continued to build over the loss of civilian life. The incident occurred in Kunduz, a city the Taliban and Afghan forces are fighting over for control. Over the course of several days, the official narrative by the U.S. military changed several times.